You are here: Home › Get Involved › Couchproject › About › Stories › Owen & Dwaine From The Streets To The Stage

Owen and Dwaine: from the streets to the stage

Dwaine is now using his musical gift to educate young people about the issue of homelessness. Photo: Lena Pobjie.

For Owen and Dwaine homelessness was a reality they faced everyday.

Owen’s teenage years comprised of countless nights living on Sydney streets. The Salvation Army supported him in building a stable foundation for his life through housing, education, employment and music. His journey is one of seven featured in THE OASIS documentary, used by thousands of teachers across Australia to educate students about the realities of experiencing homelessness and to develop their empathy, compassion and community spirit.

Dwaine experienced homelessness during his early years as a teenager. The grief caused by sudden and tragic deaths in his immediate family and a lack of support resulted in him leaving school and living on the streets. Dwaine’s passion for music was harnessed through song writing, music workshops and courses through The Salvation Army’s Oasis Street Media Program.

Dwaine is passionate about reaching young people at-risk of homelessness through sharing his music and story with the youth of Australia. His long journey to stabilise his psychological, social and physical well-being is admirable and motivational.

Read more about Owen and Dwaine. 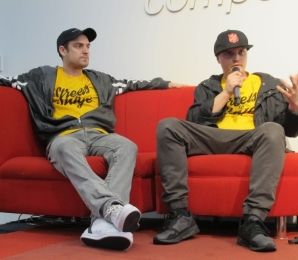