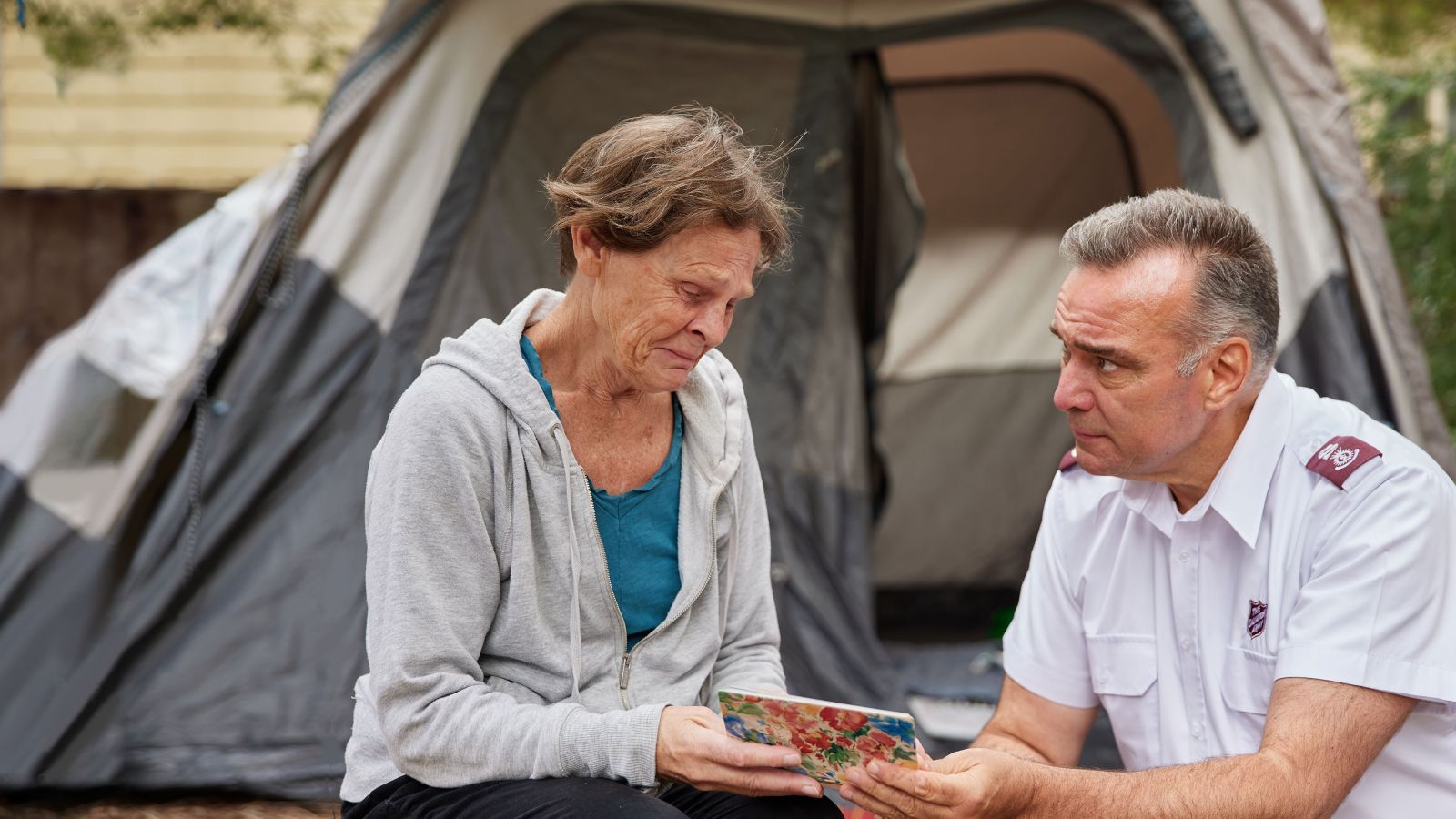 It was New Year’s Day last year when Major Brendan Nottle got the call from a park ranger about an elderly woman. She was living in a tent. An overnight storm had brought down branches on the tent, and the ranger was worried the lady may have been hurt or killed. Miraculously, she was uninjured.

Brendan, who has worked with The Salvation Army for nearly 30 years, knows the importance of acting fast, especially when it comes to helping people who are homeless. Getting down to the park with a few hot meals, he found her. He introduced himself and soon found out the lady’s name was Margaret*.

Margaret had been a victim of violence, which had left her with disrupted memory. The assault also saw her lose her phone, so she could no longer contact her daughter, who she hadn’t seen for seven years.

She was all alone in the world.

Like more than 116,000 other Australians every night, Margaret was experiencing homelessness. Sadly, she also represents a growing homeless population. The number of people over 55 who have become homeless has increased by 28% in the past couple of years.**

That’s a lot of people – too many people – experiencing homelessness, loneliness and hopelessness each night. But, thankfully, because of the Red Shield Appeal, Brendan and his team can be on the frontline helping people like Margaret find safety and security.

Brendan helped Margaret with food and made sure she had a safe place to stay, but that was just the  beginning. In true Salvos fashion of going the extra mile, Brendan and his team did some detective work. They soon found someone they thought might be Margaret’s daughter. They gave her a call – and as it turned out, she was!

She was so shocked, she started crying – her heart too full to know what else to do. She’d been searching for her mum for seven, long years. The team put Margaret on the phone, and she talked with her daughter. The daughter told her she now had three grandchildren!

You can support people like Margaret, experiencing homelessness and desperate for help.
Show them someone cares and help them find safe and secure homes.

Upon further conversation, Brendan discovered that the daughter lived in a country town, only a couple of hours away. Even better, she said she had room for her mum to come and live with her and her family.

Brendan and his team wasted no time. Margaret packed her things and the team loaded up the Salvos van with toys she could give as belated Christmas gifts to the grandchildren she’d never seen, and then they drove.

Upon reaching their destination, they were all there – children hanging over the fence, jumping up and down, laughing and crying all at the same time. Margaret got out and melted into the arms of her beloved daughter, reunited with the family she thought she’d never see again.

*Name and some details changed to protect privacy
**ABS Census 2016