Find out more
You are here: Home › About Us › Our Story

On the 5th September 1880, Edward Saunders and John Gore led the first Salvation Army meeting in Australia from the back of a greengrocer's cart in Adelaide's Botanic Park.

When Gore said, "If there's a man here who hasn't had a square meal today, let him come home to tea with me," little did he realise that within a century, The Salvation Army would feed hundreds of thousands of Australians each year.

Nevertheless, he was expressing the ethos of an organisation which, from its earliest days, was concerned for a person's physical as well as spiritual needs.

In a climate where religion had failed to really gain acceptance, Saunders, a railway worker, and Gore, a builder, presented themselves as ordinary men. Without theological training or the status of ordination, they invited their small audience to attend a meeting of The Salvation Army that evening.

A number agreed to attend, and Saunders and Gore formed themselves into a corps (church) under Gore's temporary leadership. After an appeal to London for officers to be sent, Captain and Mrs Thomas Sutherland arrived in 1881. 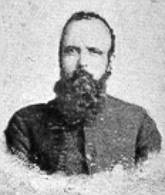 From this humble beginning, The Salvation Army grew rapidly in Australia. Salvation Army members often faced rowdy and sometimes violent opposition, with at least two members being mortally wounded. However, by 1890 mob attacks had virtually ceased, and by the early 1900s Salvationists were accepted in the community.

An Australian journalist described the rapid spread of The Salvation Army in its early days as ‘like a bushfire’. What started under a gum tree grew deep roots and now The Salvation Army has over 350 established corps (churches) across Australia that work hand-in-hand with our social services whilst drawing on the values of our heritage, fixing our vision on a better future and working towards transforming the lives of those in need.

Learn more about our rich history and heritage