You are here: Home › About Us › Leadership & Structure › Australian Leadership 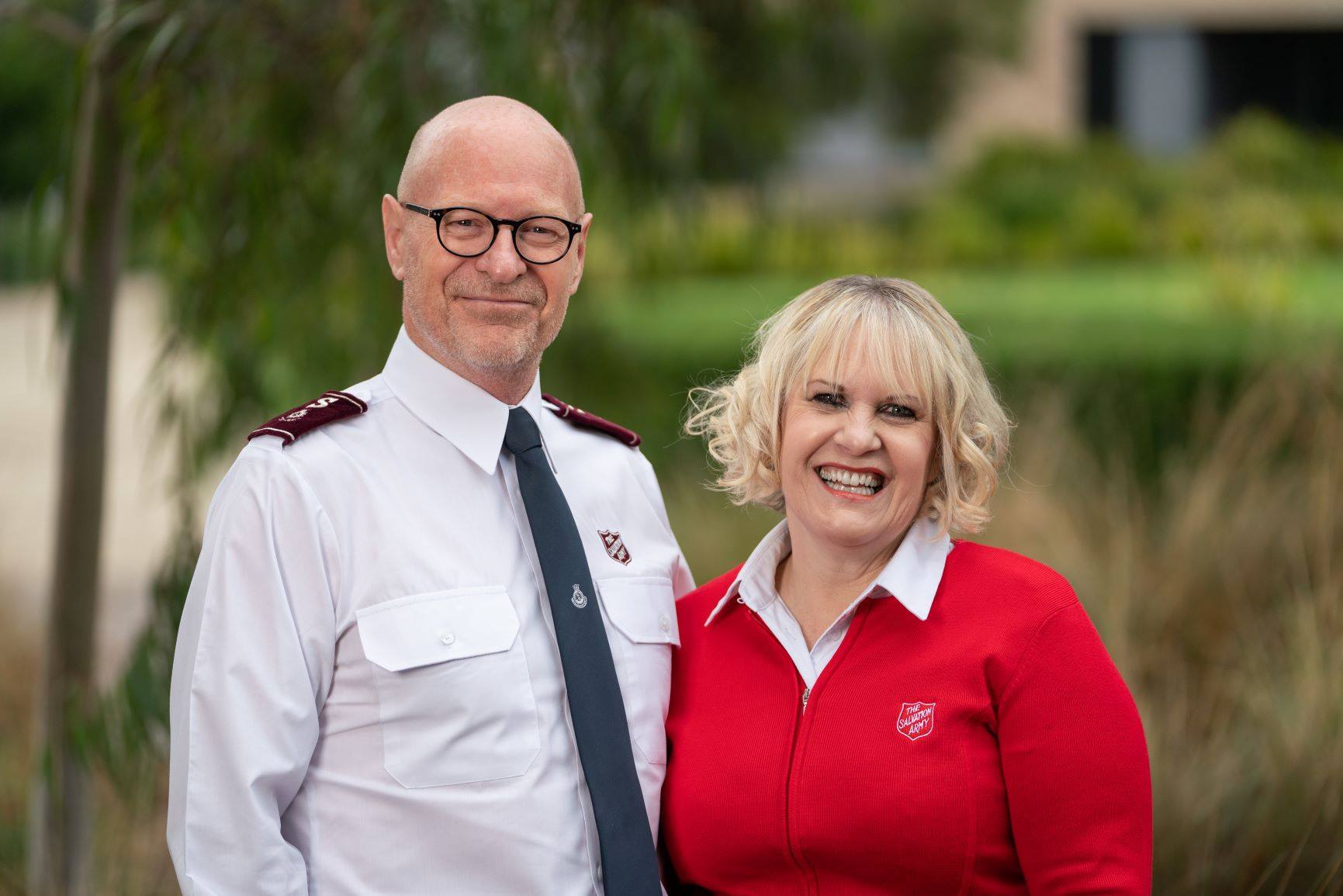 On 1 December 2018, The Salvation Army became a unified movement in Australia, after having operated as two independent territories for 97 years. The objectives to bring the two former territories together were to have an aligned vision, united voice, greater impact, increased innovation, stronger partnerships and better stewardship for the communities that we serve across Australia.

The Australia Territory Board

The Board is responsible for:

The Salvation Army, in its pursuit of good and godly governance, seeks to ensure accountability, transparency, equity and inclusiveness, participation, responsiveness, effectiveness and efficiency and an adherence to the rule of law of the land. These characteristics can be grouped under six over-arching principles as detailed in the attachment.

The Board consists of 11 members - six Salvation Army officers, including Commissioner Robert Donaldson as Chair, and five independent members, who all share a personal faith in Jesus Christ. The members are: Robert is the Chair of the Board and shares, with Janine Donaldson, the spiritual leadership of The Salvation Army Australia.

Robert also led an international project encompassing the development and implementation of governance for The Salvation Army worldwide. Additionally, he is a member of the New Zealand Institute of Directors and holds qualifications in science, theology and management. 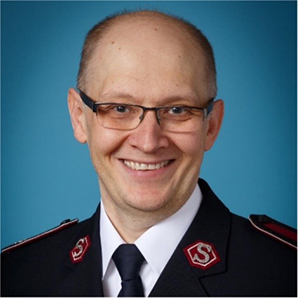 Over his 27 years of service as a Salvation Army officer, Colonel Marks Watts has held appointments in Corps, Officer Training, Divisional Headquarters, Territorial Headquarters and International Headquarters. He has also served in the Philippines Territory.

In July 2021, Colonel Mark was appointed as a Governance Advisor for International Headquarters. 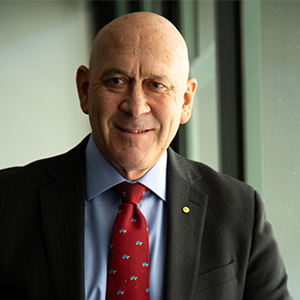 Richard holds the role of Lead Independent on the Board, which carries the authority to communicate with International Headquarters directly in exceptional circumstances and chairs the Professional Standards Committee.

Richard was a partner at the international accounting firm KPMG and rose to become a member of KPMG’s Board and National Executive. He currently sits on the boards of a number of public and also some NFP and private companies.

In 2007, he was appointed a Member of the Order of Australia for service to the community, particularly through leadership roles within Mission Australia. Until recently, Richard was Chair of the Bible Society of Australia.

Greg brings to the Board significant finance and risk management expertise, having served as a senior audit partner at Deloitte for 28 years, until his retirement in November 2016.

He held several senior management roles at Deloitte, including Managing Partner for New South Wales from 2005 to 2008. Greg also served as a member of the Deloitte Australia Board from 2005 to 2016 and was Chairman of the firm’s Audit and Risk Committee for 11 years.

He is currently Chairman of Hireup Holdings and Director of Sydney Water Corporation and Virtus Health.

He holds a Bachelor of Commerce (Accounting and Finance), is a Fellow of Chartered Accountants Australia and New Zealand and a Member of the Australian Institute of Company Directors. 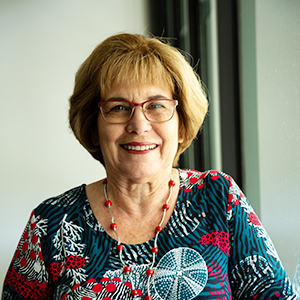 Desley holds extensive experience in public service – as a social work practitioner and senior executive in both social work and administrative leadership positions in Centrelink and Department of Human Services. 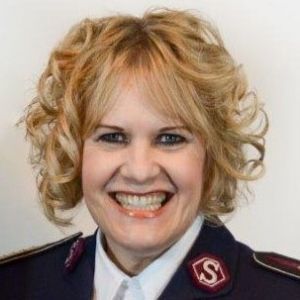 Janine Donaldson is the Territorial President of Women’s Ministries (TPWM) and shares, with Robert Donaldson, the spiritual leadership of The Salvation Army Australia.

Janine was commissioned as a Salvation Army Officer in 1987 and has served in various appointments in New Zealand, Zambia, South Africa and at International Headquarters in London.

Her appointments at International Headquarters were Zonal Secretary for Women's Ministries South Pacific and East Asia and editor of Revive, an international magazine for women.

Janine’s other responsibilities have included board membership in New Zealand, Fiji, Tonga and South Africa, as well as appointments in women’s ministries, personnel, recruitment, overseas development, officer training and corps. Prior to officership, Janine worked as a qualified nurse. Winsome is the Chief Secretary of Salvation Army Australia and therefore responsible for the operational management of the Australia Territory.

Winsome was commissioned as a Salvation Army Officer in 1987 and has served in various corps and divisional and territorial appointments within Australia, as well as being a delegate of the International College of Officers in London in 2011.

Winsome holds a Bachelor of Speech Therapy, a Master of Arts in Theological Studies, as well as an Associate in Music, Australia (Piano). 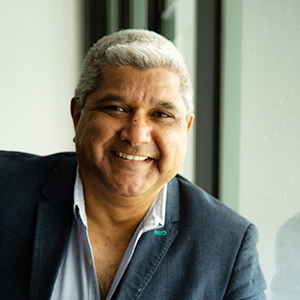 Adrian is the CEO of First Australians Capital, an Australian Advisory Board on Impact Investing, Children’s Ground and Social Ventures Australia.

A Gooreng Gooreng man, Adrian served in the Royal Australian Air Force and is a graduate of the University of Sydney, Melbourne Business School and Harvard University.

He has been awarded the Defence Service Medal, Centenary Medal and Order of Australia Medal. 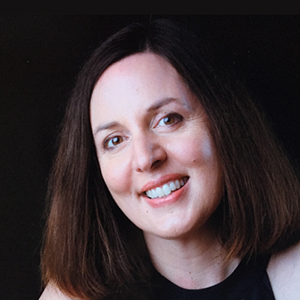 Felicity is a group senior manager in the Financial Services Group at the Australian Securities and Investment Commission.

Throughout her legal career, Felicity has worked in senior roles in the private, corporate and government sectors. She assisted in establishing and managing a prison post release support program for The Salvation Army in Tasmania and is actively involved in the Hobart Corps of The Salvation Army.

Felicity holds a Bachelor of Laws and was admitted as a Barrister and Solicitor of the Supreme Court of Tasmania in 1991, the High Court of Australia in 1993 and the Supreme Court of Victoria in 1999. She also holds a Diploma of Education and is a graduate of the Australian Institute of Company Directors. 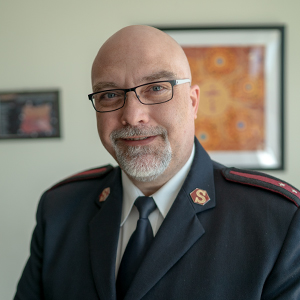 Colin currently leads the Sunshine Corps, situated in the multi-culturally rich community of faith of Sunshine, alongside his wife, Captain Phuong Reynolds.

Prior to becoming an officer, Colin worked in Homelessness Services for The Salvation Army (former Southern Territory), was the pastor of a Vietnamese Church in Melbourne and also employed at the Camberwell Corps.

He is passionate about diversity and partnering with God through The Salvation Army, to make an impact on the community.

Colin currently serves on the Gender Equity Advisory Group (The Salvation Army Australia Territory), the South Pacific Theological Forum and an Interfaith Committee in his local area. He is also an adjunct lecturer at The Salvation Army Eva Burrows College in the field of mission studies. 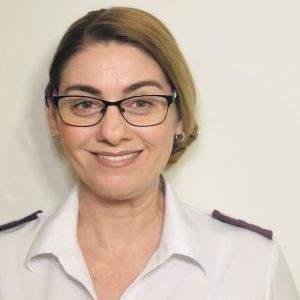 Captain Leisa has eight years of experience as a Salvation Army officer, serving as Corps Officer of Nambour, Chaplain for Employment Plus, Divisional Women’s Ministries Coordinator and Adults Ministries Secretary.

Captain Leisa is the Youth and Young Adults Secretary for Queensland within Mission Support and is passionate about investing in the lives and leadership development of all generations.

Prior to becoming an officer, Captain Leisa worked as a commercial insurance broker for 13 years, responsible for arranging general insurance for business and trade industries including Professional Liabilities, Contractors Insurance, Workers’ Compensation and Domestic Insurances.

Captain Leisa holds a Diploma in Financial Services (Insurance Broking), a Bachelor of Theology and is currently studying to complete a Master of Business Administration.

The Under-35 Board Participant Program

In April 2021, the Board approved the concept of an Under-35 Board Participant Program. This initiative ensures that the under-35 cohort of Salvationists is able to participate in the governance of The Salvation Army in Australia.

As a participating observer, the Under-35 Board Participant attends all Board meetings with full access to the information being considered at each meeting and any additional communications provided to the Board.  This position does not carry a Board vote.  However, full participation in all Board discussions is encouraged.

On 1 December 2021, the Board approved the appointment of Anthony Eden and Claire Clifton to the Under-35 Board Participant Program. 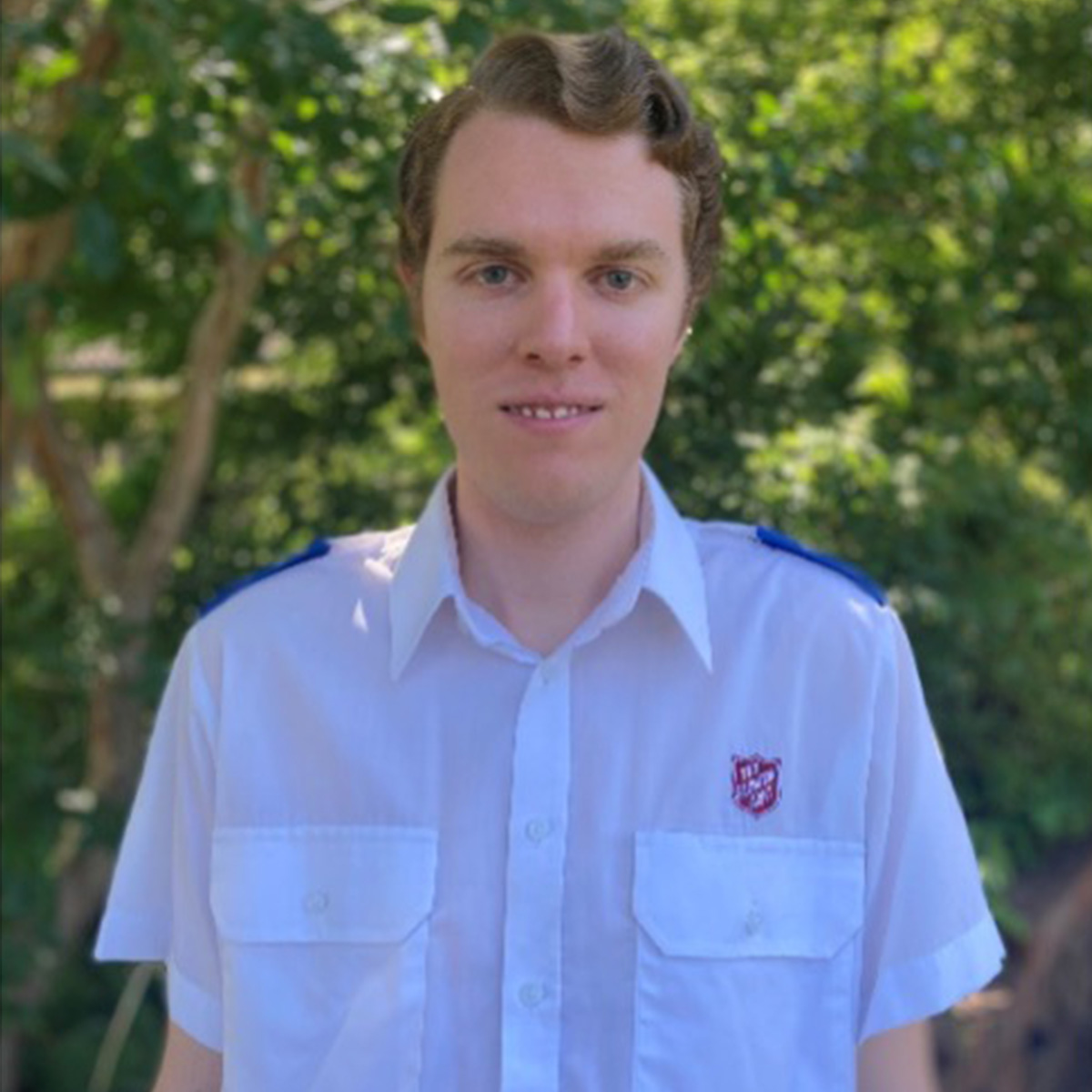 Anthony is a soldier at The Salvation Army Parramatta Corps.

Having grown up in The Salvation Army, Anthony has attended both smaller and larger corps in Western Sydney and served with divisional teams for a number of years. He is passionate about seeing The Salvation Army in Australia thrive and transform Australia with the love of Jesus.

Anthony currently runs a software development company specialising in technology projects for media and not-for- profits.
Prior to this, he worked as a broadcast engineer in Christian Radio. 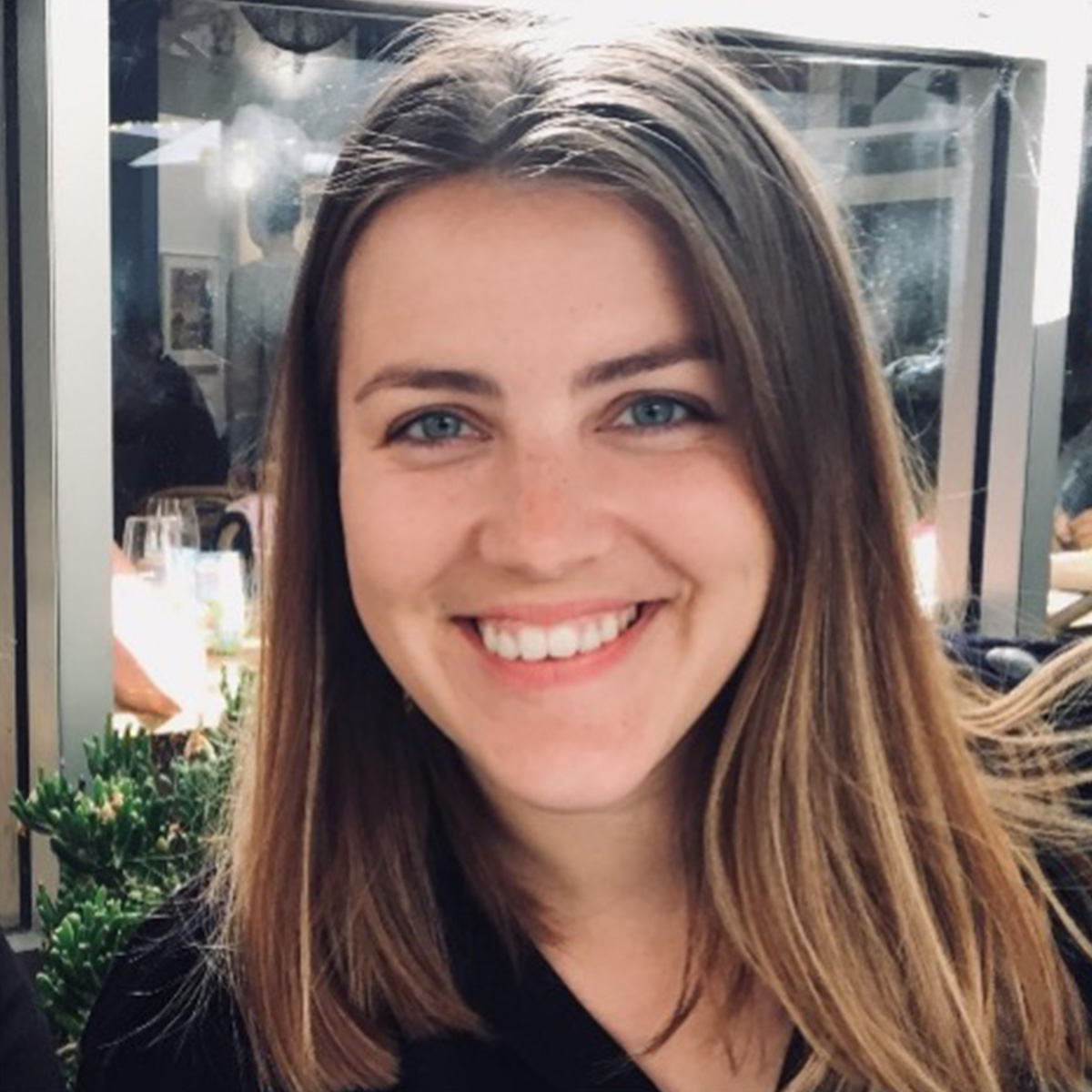 Claire currently leads The Salvation Army’s Alcohol and Other Drugs Services in Sydney and Illawarra-Shoalhaven, including William Booth House in the heart of the city.

Claire lives in the beautiful Sutherland Shire, Sydney and attends Shire Salvos. She is passionate about people coming into a relationship with Jesus and finding connection within the local church.

Claire seeks to equip people to effectively respond to hardship and injustice in their local community with a keen focus on how the local church can work to break down the stigma of mental health issues (including substance use issues).

Claire holds a Bachelor of Social Work, a Graduate Diploma of Addiction Studies and a Master of Social and Organisational Leadership.

The Board is supported by five Committees:

The purpose of this committee is to ensure the integrity of the financial statements, risk management framework and the system of internal controls, so that they align with The Salvation Army’s values and meet its legislative and regulatory obligations.

The purpose of this committee is to fairly and objectively identify and nominate suitably qualified candidates for appointment to the Board.

The purpose of this committee is to improve the depth and breadth of the spiritual life of The Salvation Army in Australia, and guide the movement so that it operates in accordance with its God-given mission – “Share the love of Jesus by caring for people, creating faith pathways, building healthy communities and working for justice.”

The purpose of this committee is to define and promote, within The Salvation Army, the world’s best practice response to allegations of abuse and ensure that The Salvation Army is actively enhancing child safety within the Australian community.

The purpose of this committee is to define and promote a culture of continuous quality improvement and consumer safety that aligns with The Salvation Army’s values and meets its legislative and regulatory obligations.

The Executive Mission Council is responsible for managing the implementation and delivery of Board-approved strategies, compliance with Board-approved policies and providing advice and assistance to the Trustees to enable The Salvation Army to achieve its mission.

The Executive Mission Council is comprised: