You are here: Home › Our Faith › Our Beliefs › Officers Soldiers & Adherents 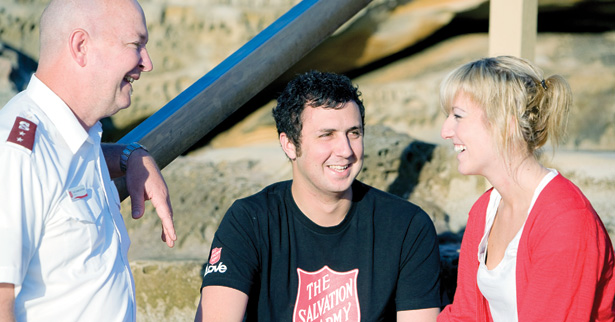 Everyone is welcome to attend a Salvation Army church and be part of our faith community without making any formal ongoing commitment.

Some people choose to make a more formal level of commitment as an officer, soldier or adherent of The Salvation Army.

Officers are the equivalent of fulltime clergy in other Christian denominations.

Officers undergo rigorous training before being ordained. After ordination they are appointed to various roles around The Salvation Army, which could include church leadership, social programs, or management according with their skills and experiences.

The Salvation Army is committed to the ordination of both men and women. Single men, single women and married couples can all apply to become officers.

A person must be a soldier of The Salvation Army before they can become an officer.

Soldiers of The Salvation Army are Christians who have undertaken a specific covenant (or promise) regarding lifestyle and beliefs.

They are not employed by the Salvation Army, although they may take on paid positions by applying through conventional means.

Adherents are Christians who also pledge to support their local Salvation Army corps.

While not entering into a Soldier’s Covenant, an adherent declares that they