You are here: Home › Get Involved › Couchproject › About › Stories › Home At Last 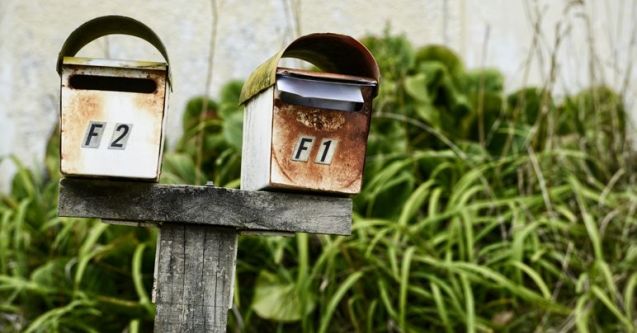 “It really is hard when you are homeless. It feels like your whole life is trashed and scattered, and that really affects how you process, organise and function in your thoughts and all areas of your life.” – Gabi

For the first time in more than five years, Gabi can take a bath. She can sit on her own lounge; sleep in her own bed. She can walk around her own place, unafraid that she is imposing on someone or about to be thrown off the couch and out the door. She is feeling confident and ordered enough to actively job hunt.

They are things most people would take for granted, Gabi says, but after years of homelessness, she appreciates every small joy and every small luxury related to having secure accommodation.

Gabi, 19, became homeless at the age of 15. She explains: “My father didn’t agree with the changes I was making in my lifestyle and kicked me out of the house.

“For about six months, I was living outside of my old school. I’d have to wear my school uniform constantly so that I could get up and be ready for school; and shower in the gymnasium shower when I needed to. It was intense! Eventually I left for a hairdressing apprenticeship.”

Already struggling with anxiety, she laughs wryly: “I am a really, really nervous person. As soon as I feel threatened or unsafe I feel very nervous, scared, so not having a home did wonders for my mental health.”

She moved in with a friend, but the friend ended up locking Gabi out of the house. The police were called and Gabi was accused of trying to break in. She lost the small number of precious possessions she owned – all of her clothes, her laptop and her phone.

“I did some couch surfing,” she says. “You do feel like an intruder. It gets to the point you end up doing all of the cleaning for them just because you feel like it’s the only way you can kind of make it up to them for intruding on their space. You can never relax.”

Gabi’s partner Tim was also homeless for a shorter period.

They are now both living in their home and Tim has just started a job. He says: “The one word I can describe finally having a home is ‘secure’. I no longer feel afraid and worried all the time and it is so good having a stable headspace and a base. I felt a lot more comfortable looking for work, knowing I have somewhere to go back to, an address to put on resumes – a routine.

“When you first realise you are homeless it is very disheartening,” he says. “When I first realised that I didn’t have anywhere to go I was scared. You find yourself living on a 30-minute by 30-minute basis. What could I do, where could I go; would I be able to eat?

“When you’re homeless, everything feels pointless. You spend a lot of emotional energy just surviving.”

Tim’s worst experience was couch surfing with a friend whose housemate was addicted to drugs.

“One night, the housemate flew up at three in the morning and started screaming and smashing plates and somehow even managed to knock a chunk out of a toilet bowl,” Tim recalls. “So I just left. Even when you are safe, you can feel you are imposing. The fact that one housemate or partner says ‘OK’ is one thing; but you’re not always sure if the housemates are completely cool with it.”

What does home mean to you? Donate or fundraise to help the Salvos give hope to those who dont have a safe place to stay.

During their homeless period, Gabi and Tim were referred to The Salvation Army Oasis ACT.

Oasis Youth Services supports young people who are homeless and aged 16-25 years, delivering the Youth Emergency Accommodation Network with a crisis accommodation service in each of the four education regions of the ACT (North Canberra, Belconnen, Weston Creek and Tuggeranong).

In addition to the Youth Emergency Accommodation Network, the service provides an Outreach Program that works with young people who are homeless or at risk of homelessness; including young people who are sleeping rough, couch surfing, living in a homeless service or even transitioning into their own accommodation but require support to establish and maintain a tenancy and to address other issues. (The Outreach Program is very flexible and offers long-term support if needed.)

Tim says: “I was lucky enough that my homeless period was quite quick. Centrelink very quickly put me in contact with the Oasis Youth refuge in Chisholm. From then, Oasis did so much to help me. They helped me find more secure accommodation with another service and now my own place.

“They also set me up with Ben, who is still my outreach worker. He’s in constant contact and has helped with a lot of emotional and practical stuff. We’ve had a lot of support from Ben. He helped me out when I first moved to local short-term accommodation when I was pretty much living out of that single bag of clothes. He helped me fill out my housing application; then helped out with a whole bunch of vouchers, so I could get blankets and towels. He’s brought cutlery, plates – pretty much helped set up the house.”

Gabi says: “(The Salvation Army) Oasis staff has been really helpful, including helping to keep my head screwed on and stopping me from going too crazy. Ben’s now trying to help me with my licence, so that will be another form of freedom, which will be really amazing. He’s given us a lot of help including housing applications and much more.

“He sees what we need and helps us set goals to work towards. It’s a good system. At the end of the day you know you have that support. It might not all be OK right now, but you know that it’s definitely going to get progressively better. Having Ben and Oasis kind of feels like a security blanket,” she smiles.