You are here: Home › Get Involved › Couchproject › About › Stories › From Cool To Freezing

From 'cool' to freezing

“Waking up one morning in the middle of winter – it was freezing cold and pouring down rain – I was in a sleeping bag under a tiny shelter and thought: ‘This is what my life’s come to. Enough is enough, if I don’t get help, if I don’t do something about it, I’m going to die!’”

He was only in his 20s but had already lost everything that was precious to him.

Mitch says he smoked dope and drank heavily for many years.

“It all started with trying to fit in, to be the cool kid at school and instead of getting an apprenticeship or job after school, I just partied on. It was all fun and I really enjoyed it, but before long, the bad outweighed the good and the fun was over. It wasn’t until I found ‘ice’ that it just all (really) went downhill very, very quickly.”

Two years ago, Mitch ended up addicted, broke and homeless.

“I didn’t want to talk to my own family. They never turned their backs on me, they were always there, but I wasn't. I wasn't there as a son, a brother, a family member and not even a member of society – I was just a shell of a person,” he says.

“It was winter 2014. I could have probably gone to my parents, but I was ashamed of what I had become, so I bought a $30 tent. I spent months living in the bush in a tent. When a storm ripped through the tent, I was left literally homeless sleeping on the streets, squatting in an old building in Newcastle.”

Donate or fundraise to help give hope to those, like Mitch, who don't have a safe place to stay.

“Never in my wildest dreams did I think I’d be an addict at 26, homeless. I thought there was no way out. I didn’t want to live, but I didn’t want to die either. It was just a prison of darkness, of degradation. There was guilt; there was shame. I couldn’t feel happiness. It was affecting family and friends, but I couldn’t see it at the time. I didn’t care about anybody, anything, or even myself. I only cared about getting drugs and alcohol and partying.”

Then, after 13 years of “living in darkness”, Mitch contacted The Salvation Army and was referred to the Dooralong Transformation Centre on the NSW Central Coast. With more than 70 staff and around 140 participants from all walks of life, the Dooralong Centre is Australia’s largest residential recovery service.

He graduated after eight months and has now been clean for 16 months. Studying a Certificate 4 in Community Services (with the aim of becoming a residential youth worker), Mitch is now passionate about helping others. He says he has already been privileged to share his story at schools and in the media to try and help other young people. He also regularly drops in at a local detox unit to talk to clients trying to get clean and encourages them to consider contacting Dooralong.

“It’s just an amazing program – the Bridge Program (which runs at Dooralong and all Salvation Army recovery services centres),” Mitch says. “It’s been around for 50-plus years. I stand by it. It helped me dramatically."

A “very, very confronting process” of “peeling back layers” over eight to 10 months, Mitch says: “You get a case worker, there are group sessions, a psychologist, a psychiatrist. Because you’ve done a lot of damage over the years, they dig deep to find out why you’re an addict, the causes. They also have work therapy as well, which is about getting residents ready for the real world.”

Seeing the joy and glow in the faces of those who had a Christian faith, plus a number of spiritual encounters while he was at Dooralong, took Mitch from being a sceptic to possessing a deep faith. 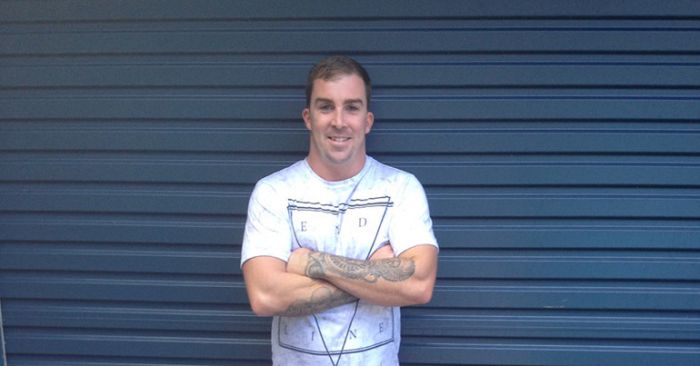 "One night a group from Bonnells Bay Salvation Army Corps (church) came in and ran the worship and preaching that night,” he says. “They were talking about freedom and it was like God was speaking directly to me, saying, ‘Do you want freedom Mitch?’ It took me by surprise. It nearly knocked me off my chair.

“I decided that night to hand my will and my life over to the care of God and the rest is history. That night I went home, and there was something different about me – it was like this bolt of life (entered me),” he says.

Mitch is deeply thankful for all the support he has received. “I love The Salvation Army – I love Craig and his wife Danni (Dooralong managers),” he says. “I love everything about Dooralong and everybody that is part of my life including the ‘Hope ministry’ at The Salvation Army in Newcastle. I can’t give them enough praise.”

He initially began the journey, he says, to save himself. But to have now also experienced such deep “healing and restoration”, to have deeply reconnected with his family and to see the pride in his parents’ and younger brothers’ eyes, Mitch says with a wide smile, “You just can’t put a price on that!”