You are here: Home › Get Involved › Couchproject › About › Stories › Couch Surfing The Dangerous Undercurrents 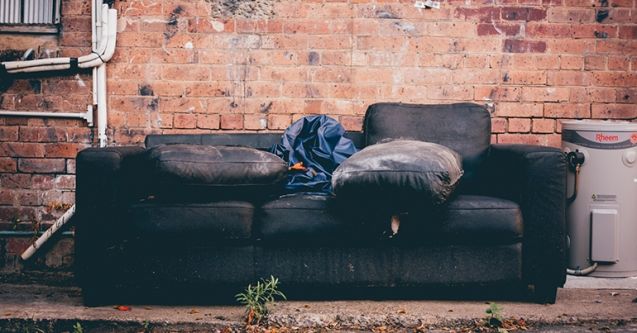 Mark’s1 home life was “pretty good” until his mother remarried.

“I had stepfather issues,” he says. “It was going well until he turned on me. He would choke me and basically turned my mum into an alcoholic. I just gave up and ended up on the streets.

“I slept in parks; I slept on train stations. It actually is pretty scary at times. You don’t know if you are going to wake up the next morning – whether you’ll be dead or alive.”

Although he spent some time on the streets, Mark has survived largely by “couch surfing” at mates’ places.

“Sometimes there are no dramas,” he says, but, “if it is a close mate you have known for years, you don’t want to lose a mate because you’ve worn out your welcome.”

At just 22, Mark has been homeless for much of the past five years and is on the waiting list for public housing. He accesses support and advocacy through a number of services including The Salvation Army Youth Outreach Service (YOS). He and partner Rachel* also use the YOS drop-in facilities for showers and food, and for general support and referrals.

There are over 44,000 young people under 25 without a home tonight.2 Donate or fundraise to help us help people like Mark.

Despite conjuring images of a warm house, comfy couch and the company of friends, according to Ron Longhurst, youth worker for YOS, young people who “couch surf” face some very real dangers and challenges.

“There is the constant stress of waiting to be tossed out on the street any time. They feel very vulnerable and it is extra hard for those trying to stay engaged in schooling,” he says. “Plus there is a lack of privacy and a disturbed lifestyle.”

In one situation Mark says he was “basically force-fed” methamphetamines despite struggling to get clean. His worst experience was three months spent paying $150 a week for a dirty mattress on a lounge-room floor, surrounded by cat and dog faeces.

“You can kind of get trapped in that sort of situation, because you have nowhere else to go,” he says.

Ron believes the long waiting lists for subsidised housing – gaining private rental with no references or bond money is almost impossible – means that many young people experiencing homelessness are forced into couch surfing, and often for much longer than they had originally envisioned.

In many cases this leads to depression, anxiety, loss of identity, and conflict with those who own or officially rent the house.

“More sinister impacts, including unwanted sexual advances, sexual molestation, violence, pressure to basically act as a servant, or even ‘run’ drugs, can also be a reality,” Ron says. 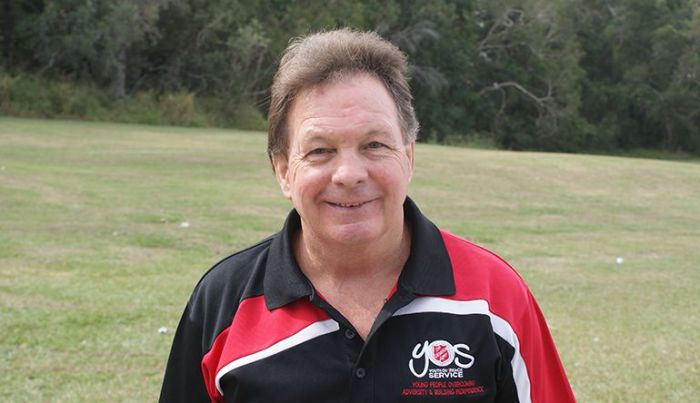 While the YOS team assists with the often slow and competitive housing application process, their focus is to build greater general stability.

“We make sure if they have mental health issues we get the young people to doctors or psychiatrists," says Ron.

“Some need to be linked to Centrelink, others to job networks. Many come to us at breaking point and so we use every avenue we can to support them and give them some form of hope. We can’t guarantee stable long-term accommodation straight away, but we work towards it together.”

Where the family household is a safe place, the service also works to re-engage young people with their family.

YOS – across its three sites at Spring Hill, Stafford and Lawnton in Brisbane – has limited youth accommodation, but staff predominantly work to help young people into community housing, and then to maintain tenancies. The service also offers a community youth space, referrals, community youth outreach, anger management programs and a range of accredited alternative education programs.

While huge transformations often occur, “it can be a long road,” says Ron.

“Some have been experiencing homelessness for many years, so there is a lot of damage and unhealthy mindsets to unravel. Every case is different, but every case is equally important. Sticking with them and not giving up is vital.

“As far as I’m concerned, our role and goal is to work to help every young person we encounter move into a better place."