You are here: Home › Christmas › Stories › The Gift Of Family

The gift of family 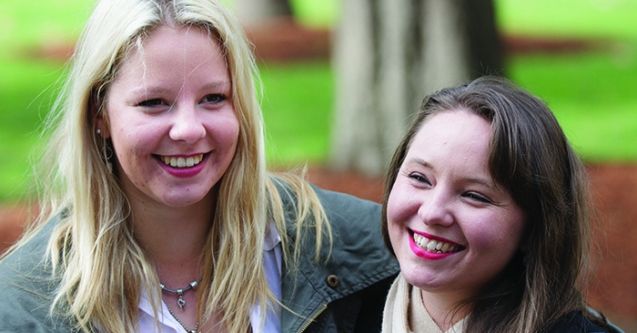 The Salvation Army's Family Tracing Service has provided Sarah with a present like no other this Christmas.

Last Christmas looked a little different for Sarah when she and her husband hosted the family. If you told Sarah two years ago that she would share her future Christmases with her father, sister and a whole entourage of new family members, she wouldn’t have believed it. With the help of The Salvation Army’s Family Tracing Service, in March last year, she was reunited with her estranged father of 26 years, Kel. What came with Kel was an even bigger surprise – three new siblings!

Then there’s Jessie, the long-lost half-sister of Sarah, and this is where the real story begins. Unbeknown to either one, Sarah, 31, and Jessie, 21, were looking for lost family members. Sarah had hired a private investigator to find her father, whom she last saw when she was five, while Jessie had contacted The Salvation Army in search of a sister she heard she had. The Family Tracing Service did its job and a reunion was made possible. Kel, at first hesitant, also agreed to be part of the reunion.

“It was really uncanny timing,” says Sarah. “It was like it was meant to happen,” adds Jessie. “If it was a couple of months before or even years before leading up to the moment, it wouldn’t have worked. [It] was the only time in all three of our lives it would have worked and it happened. I still can’t get my head around it.”

Jessie had known about Sarah since she was 16 and, after five years of pondering, decided it was time to look for her half-sister. Not knowing where to start, she took the advice of a relative and contacted The Salvation Army Family Tracing Service. In November 2013, Jessie filled out the required forms and sent them off to The Salvation Army, with a donation. Then, she waited. “I honestly didn’t have much hope at all,” she says. “I’d never heard of this service.”

“It’s not what I expected ... I thought this was about my search!” However, Sarah says it was an unexpected blessing. “When you go into something like this, you feel very raw and exposed and there’s a real possibility of rejection. But when you find out the other person is looking for you as well ... you’re not going to be met with a closed door. Jess adds: “It’s a success story. It’s worked out great for us.”

When the sisters met, they clicked instantly. In fact, they were surprised to find out how much they had in common, sharing a number of interests. In reuniting with her father, while both Sarah and her dad were initially nervous, the relationship has developed positively.

Sarah, Kel and Jessie’s sister, Brittany recently discovered their birthdays to all fall within the same week. They celebrated “Trirthday”, creating a new family tradition. This Christmas, Sarah, Jessie and the family will continue another tradition, exchanging presents in a family “Secret Santa”. “It was great to see everyone together and happy,” says Jessie, referring to their family’s first Christmas. “There was a few toasts and heartfelt speeches about the wonderful thing that had happened that year with all of us coming together like we did. It was pretty cheesy but great nonetheless.”

About the Salvos' Family Tracing Service

For 130 years The Salvation Army’s Family Tracing service has been reuniting families since it was founded in the United Kingdom.

In Australia this unique service has been instrumental in connecting estranged family members – whether disappearances are a result of a relationship breakdown or a family member has moved away.

Each year 2000 searches are registered nationally with the Salvos and more than 75 per cent of searches result in lost family members being found. Family Tracing has offices in all states of Australia and this service also exists in more than 100 countries across the world.