You are here: Home › Christmas › Stories › Others Celebrating A Rich History Of Kindness Christmas

‘Others’ – celebrating a rich history of kindness – Christmas and beyond 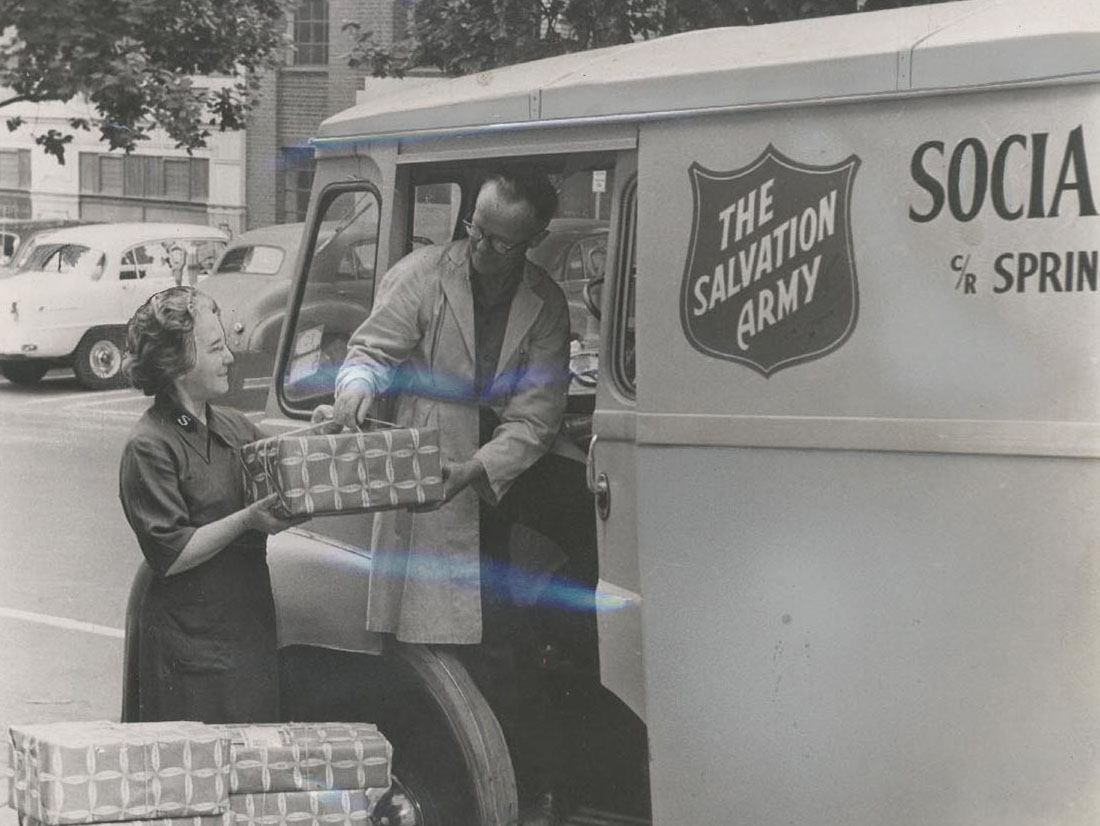 “You are not here in the world for yourself. You have been sent here for others. The world is waiting for you!” – Salvation Army co-founder Catherine Booth.

A legend persists, that towards the end of his life, co-founder of The Salvation Army, William Booth sent a one word-telegram message – 'others' – to encourage those around the world connected to The Salvation Army to look outwards with care and ministry

The term and the sentiment around serving others was certainly always at the heart of the organisation, from the beginning. For example, William Booth's son, Salvation Army General Bramwell Booth, promoted an international outreach with the theme of ‘Others’.

For over 140 years (in Australia) and still today, the Salvos are here for you. Contact us if you need help this Christmas.
Find support

Through the kindness and caring generosity of individuals, families, donors, volunteers and others, that sacrificial care for others remains as strong today, as ever. 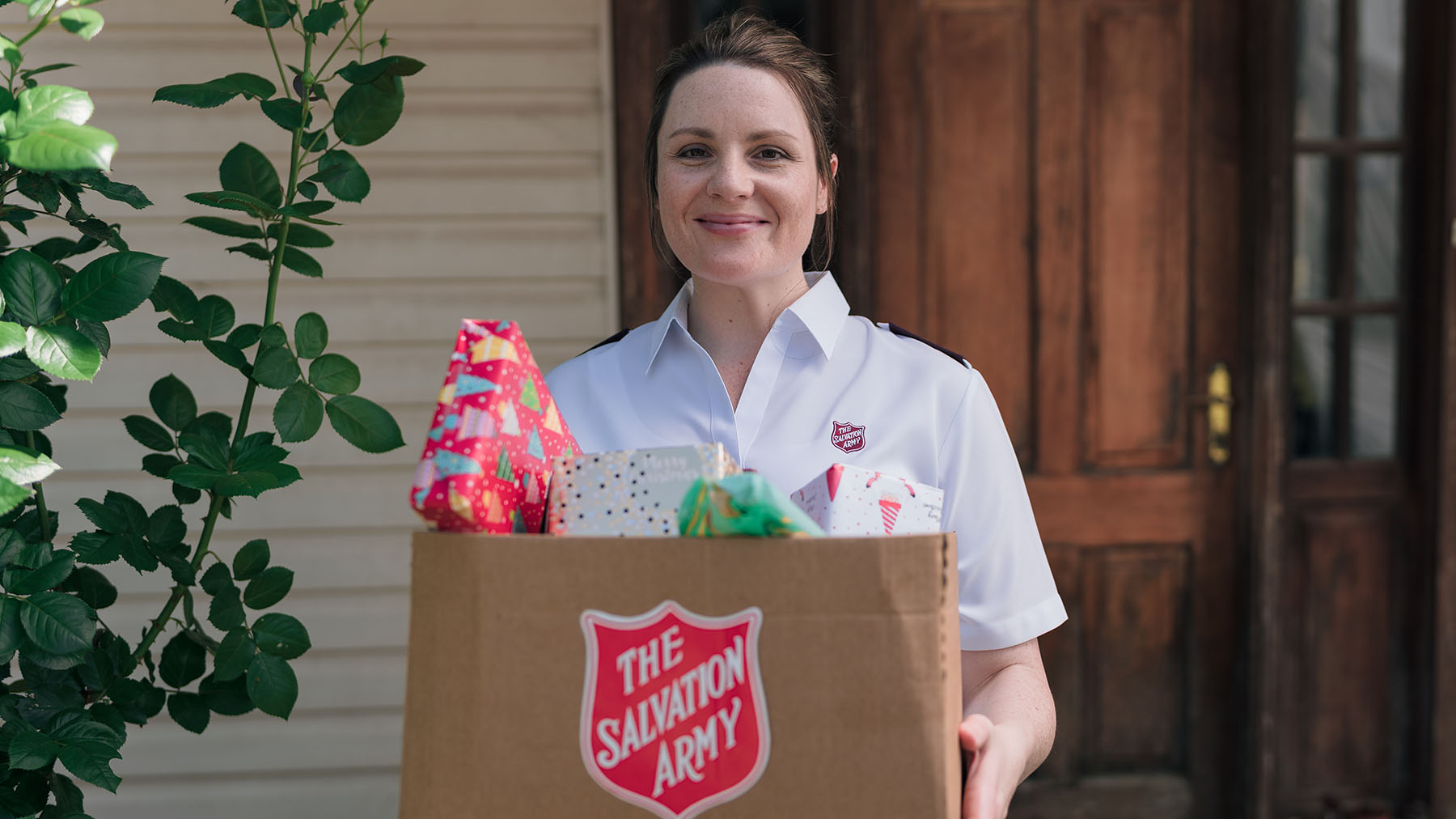 Over the 2020 Christmas period alone – the first COVID-19 Christmas in Australia – The Salvation Army in Australia distributed over 64,000 food hampers and vouchers worth more than $1.89 million; distributed over 26,000 toys and gifts to families in need and provided over $96,000 worth of assistance to families needing help to pay essential bills.

This avenue of service is not new to The Salvation Army. Support for those struggling at Christmas time has been a strong hallmark of Salvation Army care since its commencement. 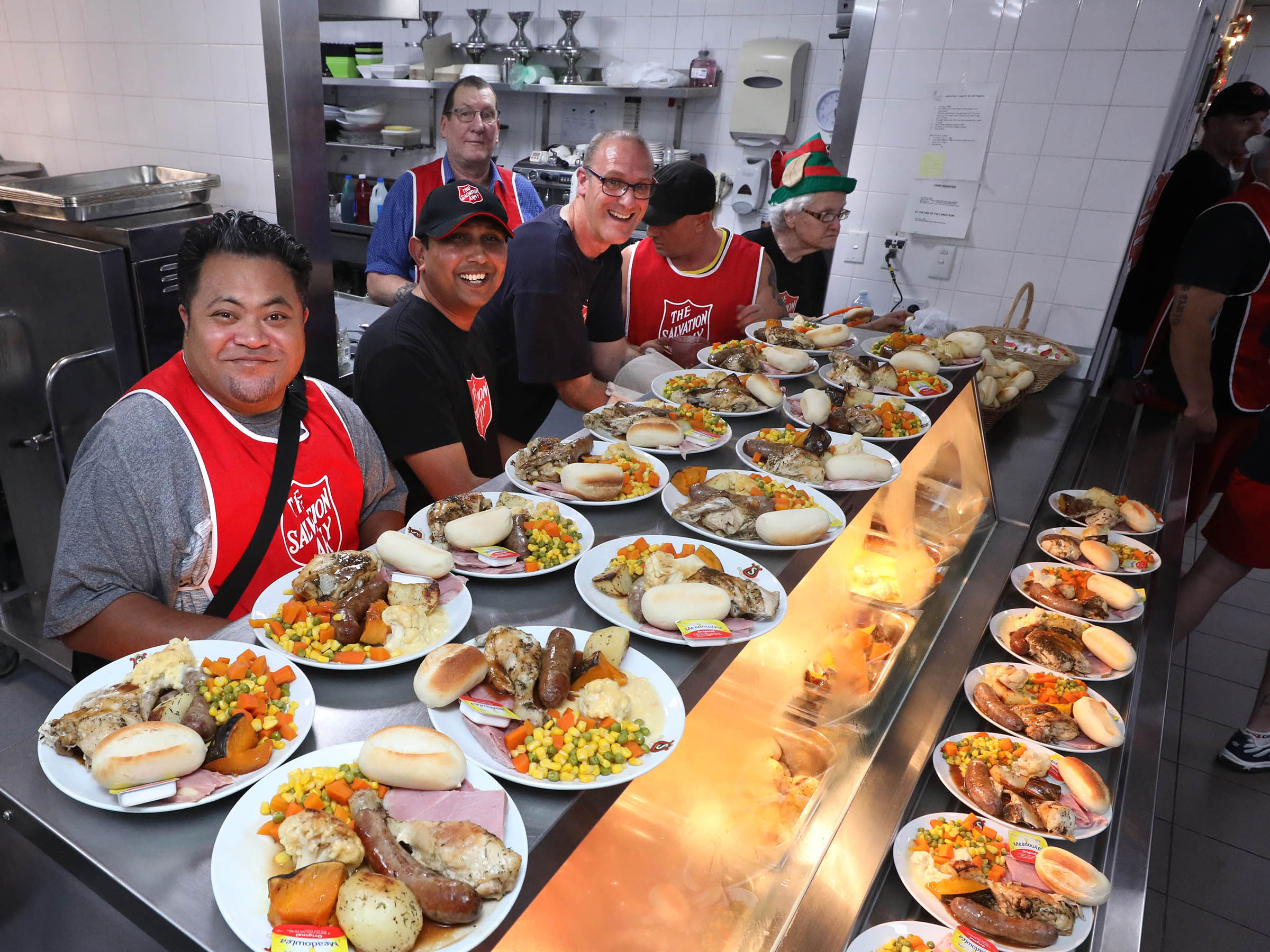 The Salvation Army’s beginnings date back to England, in 1865, when William Booth, a Methodist minister and his wife Catherine, started work helping the most desperately underprivileged and marginalised in the community.

Before long, this movement (eventually named The Salvation Army) would encircle the world. Providing food, housing, employment, care and relief aid to the most vulnerable, all soon became part of this ministry.

In Australia John Gore, a builder-come-greengrocer, and Edward Saunders, a railway worker, held a Salvation Army meeting from the back of a greengrocer's cart in Adelaide's Botanic Park in September 1880.

Showing compassion and kindness to all who were struggling in the crowd, John Gore said, "If there's a man here who hasn't had a square meal today, let him come home to tea with me”. Little did he realise that within a century, The Salvation Army would feed hundreds of thousands of Australians each year. Prison and hospital ministries, employment bureaus, meals, and accommodation for those struggling with homelessness soon developed. Through the 1880s and 1890s, other programs evolved to help people struggling with isolation, addiction, domestic and family violence, as well as programs for the elderly – all of which continue in various forms today. 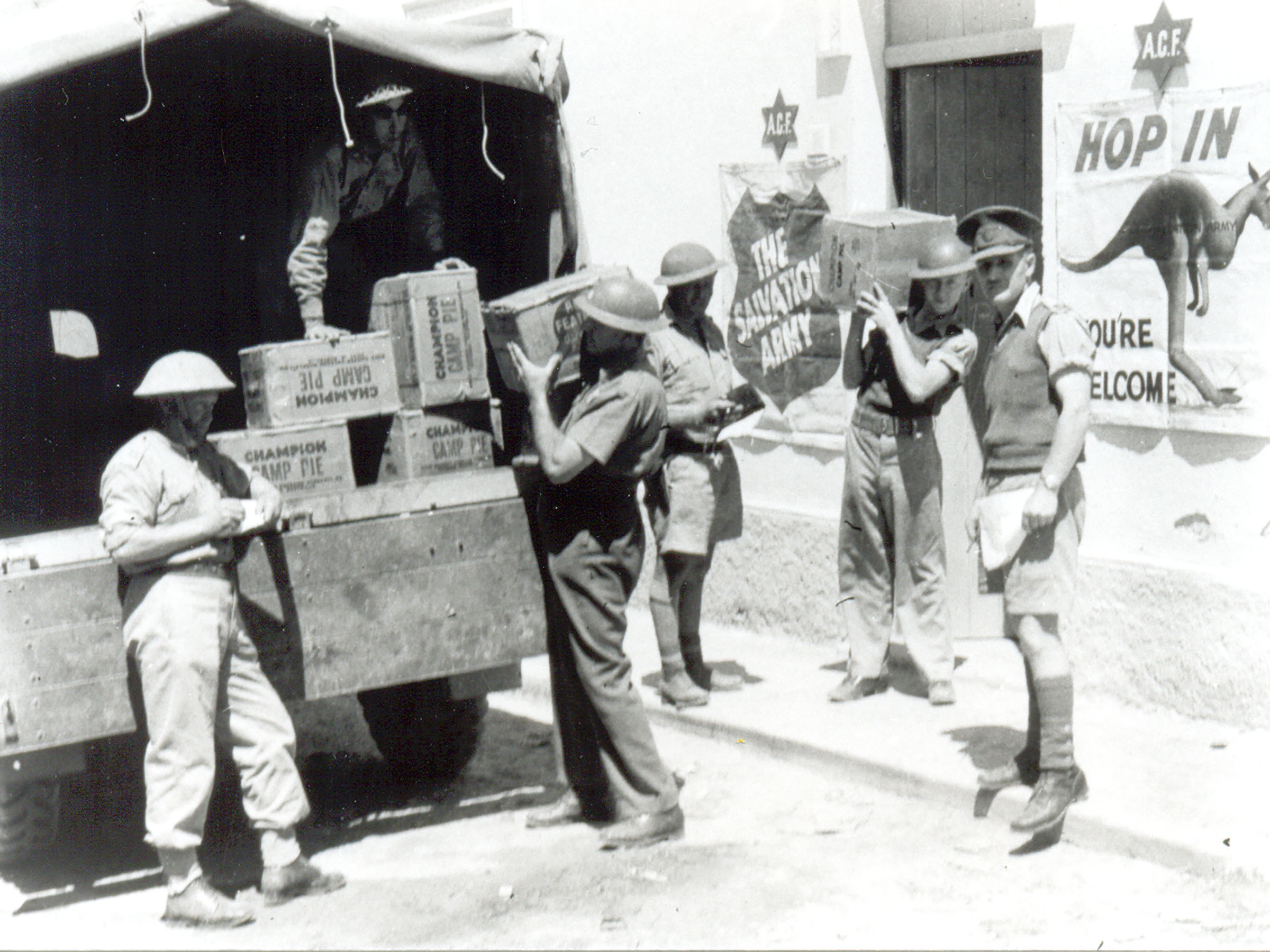 This support continued over the course of World War Two, with more than 300 Salvation Army members, known as Red Shield Representatives, caring for Australian troops.

He reported: “The 26th Brigade’s postmaster asked me to come and see him ... The Battle of Alamein took place on the 23rd [of] October, so that hundreds of Christmas parcels were already on their way to the Middle East. Our casualty rate was very high and there were these hundreds of parcels that couldn’t be delivered; their owners had been killed during the battle.

“So, he said, ‘I don’t know what you can do with them, but we’d like you to take them over.’ They couldn’t send them back to Australia, so I said, ‘We’ll open them all up and distribute what’s in them.’ Nearly all of them had Christmas cake in them, so we sliced up all the cake and we dished out slices to the troops, along with a cup of coffee.

“But the most heart-breaking thing about it was you’d open up a parcel and there’d be a little note in it, just half a dozen lines, and it’d say, ‘Jack, hope this will be your last Christmas away.’ Or, ‘Frank, trust you’ll be home for next Christmas.’ And this went right on through hundreds of parcels. You couldn’t get anything more emotional than that job.”

On the home-front in war and peace, care and kindness for others remained a priority. Over the years, Christmas care and ‘cheer’ has been an important focus of The Salvation Army.

Throughout World War Two, The Salvation Army gave support not only to the troops, but also to people on the ‘home front’. This included organising free Christmas musical services and community singing in the streets and halls.

The Salvation Army gave gifts to prisoners, patients in hospitals and state institutions, struggling families, and others in need.

During the Christmas period of 1940 there were a range of activities designed to bring special cheer around the nation. In Sydney, a Christmas dinner was supplied to 800 families, and thousands of Christmas gifts including fruit cakes, and toys were given out. Prisoners’ spouses received small gifts of money, along with a Christmas dinner.

In Melbourne, during the Christmas of 1940, 225 soldiers on leave sat down for a Christmas dinner at Red Shield House. In Adelaide, 250 families received Christmas dinner parcels, and meals were provided for 120 unemployed men.

On Christmas Day 1974, The Salvation Army worked tirelessly to support 36,000 people who had to be clothed, fed and evacuated from Darwin (NT) in the wake of Cyclone Tracy. (Pictured below). The Salvation Army provided emergency care, rescue support and 14,000 meals during Sydney’s Granville rail disaster. Seventy members of The Salvation Army travelled to Thredbo (NSW) in 1997 after a massive landslide, helping with comfort, pastoral support, and meals throughout the rescue operation.

That care at the coalface of disaster including drought, floods, fire and pandemic, remains as strong today. Ministers, chaplains, staff and teams of trained volunteers work selflessly to offer care at Christmas time and throughout the year as they support others in need.

The ultimate care for ‘Others’

William Booth (pictured below) was motivated by care for others, flowing from his service to Jesus Christ. He said: “If there is anything of power in The Salvation Army today, it is because God has had all the adoration of my heart, all the power of my will, and all the influence of my life.” 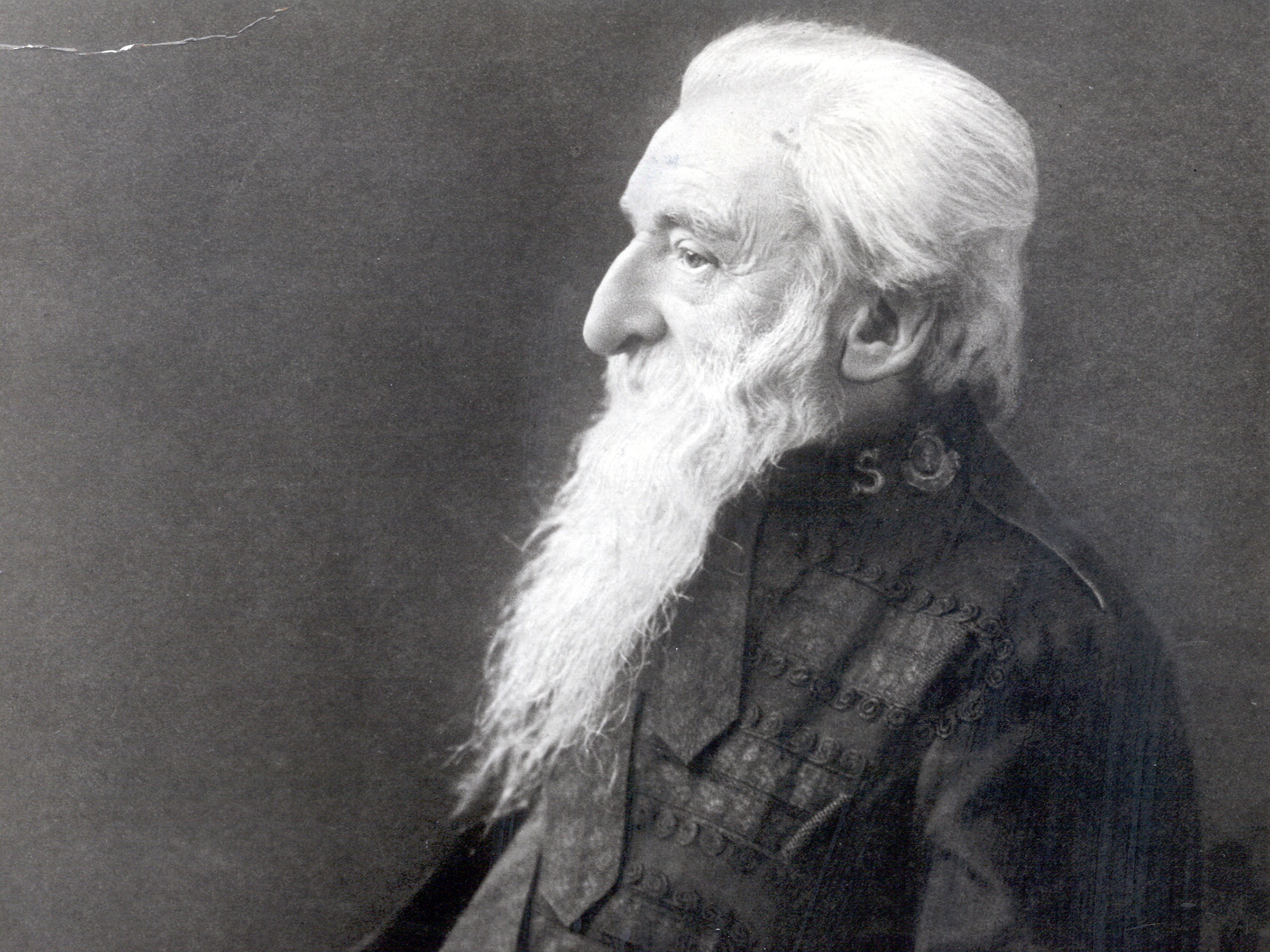 In the Bible, the apostle John wrote: “For God so loved the world, that he gave his only Son, that whoever believes in him should not perish but have eternal life.”

At the very heart of Salvation Army founders William and Catherine Booth’s ministry, was the message of the sacrificial love of Jesus, whose birth is celebrated in Christian churches, including The Salvation Army – at Christmas time.