You are here: Home › Christmas › For Many Families Christmas Is The Time That Hurts Most

For many families, Christmas is the time that hurts most.

“I don’t know what would have happened to us without the Salvos.”

Susan met her husband while they were in school and soon after graduating, they got married. In the beginning life was good, but as the months passed, Susan’s husband became mentally abusive.

As Susan recalls, he would make her feel ‘like nothing’ – and soon, she started to believe him. Then, the abuse became physical.

Susan put up with the scars and the pain, even trying to hide it behind sunglasses. Because she knew if she didn’t, things would get worse.

“You learn very quickly that the more you fight back, the worse it gets. People ask why you stay, but you don’t know any different. It’s the only kind of living you know. I didn’t know what else to do.”

The abuse Susan faced got worse. And then, her children became targets too. After a particularly violent incident, the police were called, and her husband was sentenced to prison for five years.

‘You think that now it’s over – it will all be better,” says Susan. But things are never that simple.

The physical pain was over, but the trauma remained. And the stress of it all got too much for her and things began to spiral out of control. Susan defaulted on the rent and she and her children had to leave where they lived.

Homeless and unsure about what to do next, Susan quickly realised that her kids needed to be somewhere stable. So, she asked friends for help. They agreed, and she put whatever little she owned in storage and went to stay with them.

However, she soon realised there wasn’t enough room for everyone in the house. So, Susan left her kids at her friends’ and began living in her car.

“It’s so scary having to live in your car.” Says Susan. “Each night you have to find somewhere you can park. It’s mentally draining. And during winter it was so cold. It embarrasses you that you have fallen this low in your life.”

But this was the only way Susan could ensure her kids were safe. So, she continued living out of her car, holding on to the hope that things could only get better. But instead, they got worse. Because she was unable to pay her fees, the storage company, without informing her, sold all her belongings.

“We lost everything we owned – everything I’d spent my life working for.”

“My kids lost their toys. I lost the photos I had of them as babies. I lost the only photo I had of my Nan and Pop who’d passed away. I even lost the toys I’d saved from my own childhood,” says Susan.

To make matters worse, the storage company kept chasing her for payment. That was the last straw. Utterly broken, Susan was lost and didn’t know what to do. 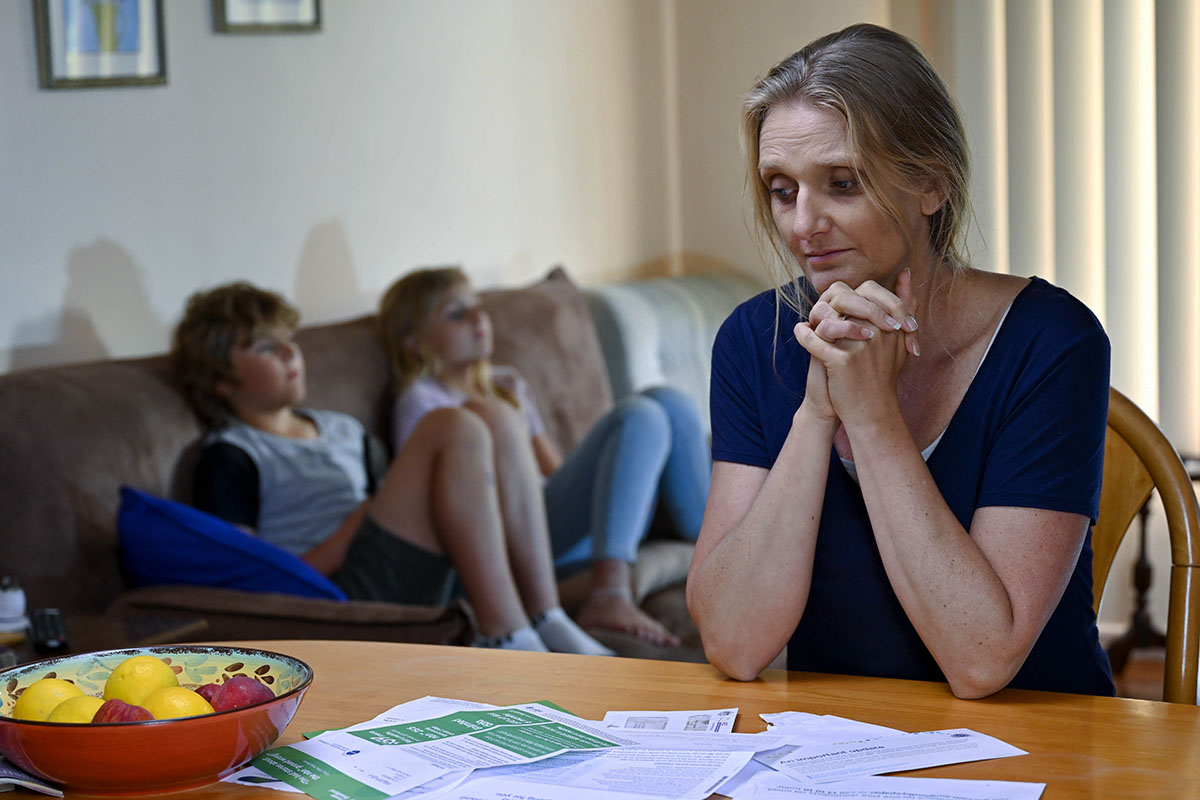 “I pretty much broke down – I felt broken. Less of a person. I just had to tell someone I couldn’t do it anymore. That’s when I went to the Salvos.”

Nicola, a Salvos officer helped Susan when she first arrived. As she recalls, “When Susan came to us, she was very emotional. She was tearing up and crying."

The Salvos first found Susan and her children a safe place to be together and beds to sleep in. Then they gave the family all the things Susan says she didn’t even realise they needed, like an electric kettle and a toaster. They even decked out the children’s rooms.

Susan realised Christmas was fast approaching, and it worried her because she didn’t have any money left for presents. She had spent all of it on things she and her children needed to get back on their feet.

But in the true spirit of Christmas, not only did the Salvos get presents for the children; they also invited the whole family to a big Salvos Christmas lunch.

“The kids absolutely loved it. They had a big feed, met Santa, and even got presents.” Alongside material assistance, the Salvos also worked with Susan to help her build her shattered confidence. “They became like my best friends,” says Susan.

The family settled in their new place and it began to feel like home. They were together. They were safe, and they began to put things back together again. The future for Susan and her family started looking brighter.

Nicola says, “I remember how incredibly grateful she (Susan) was to finally find someone who would help her and her kids. In fact, she is probably the most grateful person I’ve met in my whole working life. Over the last year, she has been amazing at working on her goals. She’s been really pro-active and achieved so much. She and her children can now move forward. And life can get better for them.” 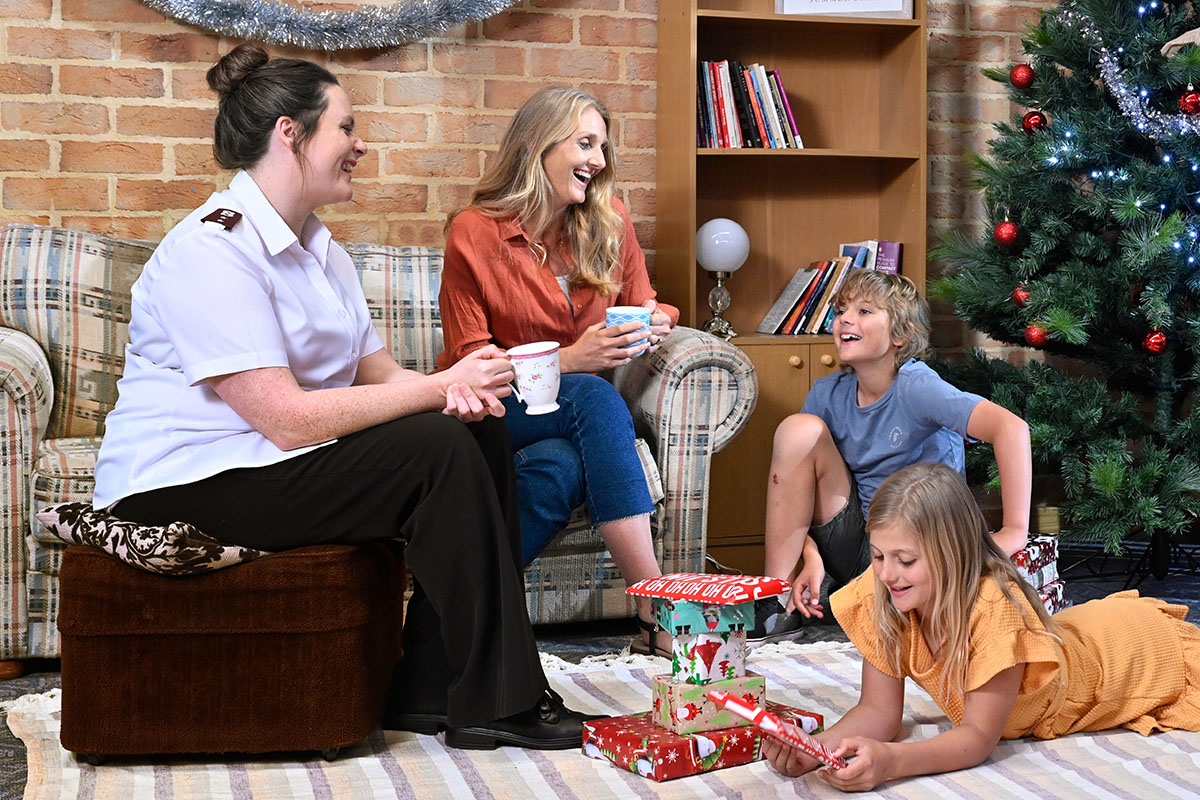 Susan is incredibly grateful to The Salvation Army and all those who donate towards its mission to help people in need. As she says, were it not for the Salvos, she doesn’t know where she or her kids would’ve ended up.

“I can’t say thank you enough to the people who helped me by supporting the Salvos. There are no words that my kids and I can say to you that would ever be enough. But thank you.”

She exclaims thankfully, "I think about why people like you help people like me, and I honestly don’t know why you do. But I'm so grateful. If you hadn’t, I would not have been able to pick myself up. If you and the Salvos weren’t around, I don’t know where I’d be now.”

Countless families and individuals face incredibly difficult situations like Susan’s every day in Australia. But you can help.

Please consider donating to the Christmas Appeal today. Every contribution, no matter how big or small, helps turn heartbreak into hope for someone doing it tough.
Donate here