You are here: Home › Christmas › Stories › Laughter In The Midst Of Tears

Laughter in the midst of tears “For me to see my kids smile, to know that they’re having some fun and that they’re just being kids – that’s the most important thing. For a week, they had no worries in the world.” – Hazel.

Over the past four years, Hazel has been forced to endure the pain of watching her husband Paul go from an outgoing, loving, family man and provider, to dependent and childlike.

Paul has terminal brain cancer and is living on borrowed time.

A strong and determined woman, Hazel has had to become his fulltime carer, basically operating as a sole parent and struggling to cope on a markedly reduced income. Worst of all, she says, is seeing the effect it has had on her two children.

In late 2009, the bottom fell out of the world for Hazel, Paul and their children, aged six and eight at the time. Paul, a long-haul truck driver, started complaining of tiredness and, after a series of tests, he was diagnosed with a brain tumour.

Surgery on the extremely rare lymphoma followed. Then chemotherapy. There was an encouraging period of recovery, but then came more bad news. A second tumour on his frontal lobe was discovered. The couple was told it was terminal but that treatment might buy Paul six to 12 months.

Four years on Paul is miraculously still alive, but requires Hazel’s full-time care. She explains that today he is much like a dementia patient, or a child.

“Some days are harder than others,” Hazel says. “You see such a change from the person he was when we married. It’s just hard to watch.”

One of the greatest heartbreaks for Hazel is knowing the effect the trauma has had on their children.

“Our boy is ADHD with slight autism and he has some receptive language difficulty,” she says.

“Our daughter will talk about her dad dying, saying that when he dies he’s always going to be in her heart, or watching down on her.”

The family’s much-reduced income was initially liveable. But Hazel says bills have started to mount up.

Hazel never asked for help, but her mother, aware her daughter was struggling, finally rang The Salvation Army just before last Christmas.

“I felt like I was failing as a mother, as a parent, and as a wife,” says Hazel. “Towards Christmas time I was thinking, ‘I don’t know what I’m going to do, I’ve just got nothing to give these kids’. In the past, we always had nice little bits for Christmas.”

Major Ian Channell, from The Salvation Army's Maitland City church, organised some food and toys for the family.

He also arranged for the family to have some time away. The children attended The Salvation Army’s Red Shield Summer Camp at Collaroy, on Sydney’s northern beaches.

At the same time, Hazel and Paul were treated with a stay at The Salvation Army’s cottage at Budgewoi on the NSW Central Coast.

A member of the Maitland Salvation Army church works at Port Waratah Coal Services, which generously donated $500 to cover some of the family's costs at this time.

Hazel says that care made a massive difference, but the joy the kids experienced at camp was priceless.

Asked why such a relatively small thing can make such a difference when life is so hard, Hazel smiles, but starts to cry. Stumbling a little to find words, she says: “It just makes me happy. It just takes a load off my shoulders knowing that they’ve had fun. They’ve realised there are other children that have had a hard life as well and they’re not the only ones.

“I’ll be telling all my friends when Red Shield comes up that the kids went on that camp because people donated. It meant they could smile again and just enjoy being kids for a week.”

Scroll down to see more photos of Hazel and her family. 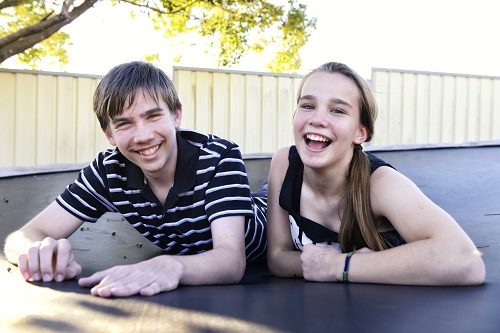 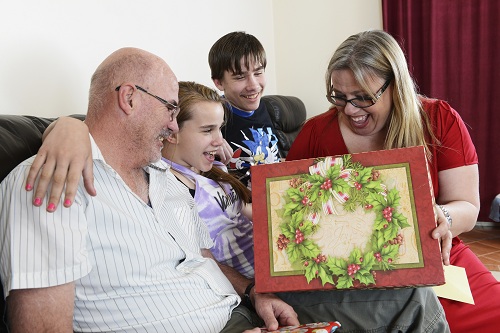 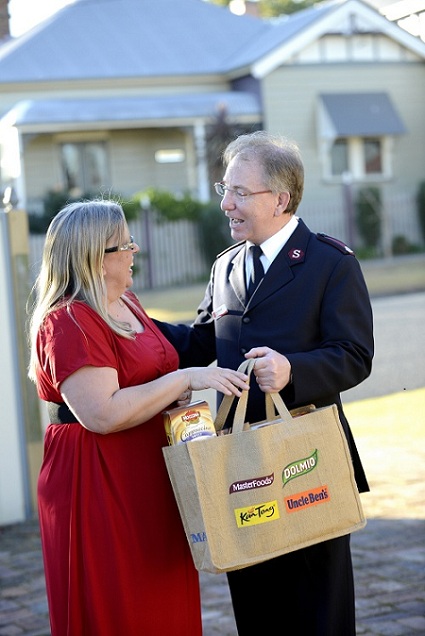