You are here: Home › Christmas › Stories › Experiencing The Greatest Gift Of All

Experiencing the greatest gift of all 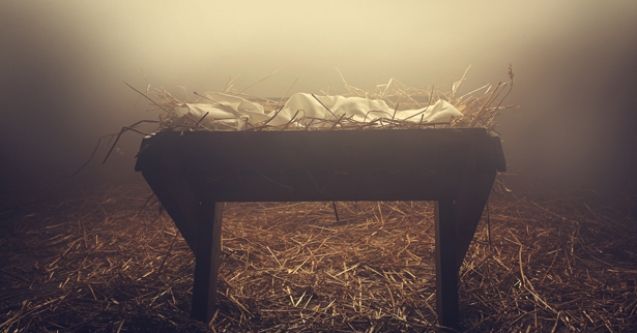 For children in many countries around the world, Christmas is a time of great anticipation and excitement.

Christmas is rightly emphasised with the joy of children, for the wonderful story of Christmas is about the coming of the Christ-child of whom we read in Luke’s Gospel:

“At that time Emperor Augustus ordered a census to be taken throughout the Roman Empire. When this first census took place, Quirinius was the governor of Syria. Everyone, then, went to register himself, each to his own hometown. Joseph went from the town of Nazareth in Galilee to the town of Bethlehem in Judea, the birthplace of King David. Joseph went there because he was a descendant of David. He went to register with Mary, who was promised in marriage to him. She was pregnant, and while they were in Bethlehem, the time came for her to have her baby. She gave birth to her first son, wrapped him in cloths and laid him in a manger – there was no room for them to stay in the inn. There were some shepherds in that part of the country who were spending the night in the fields, taking care of their flocks. An angel of the Lord appeared to them, and the glory of the Lord shone over them. They were terribly afraid, but the angel said to them, “Don't be afraid! I am here with good news for you, which will bring great joy to all the people. This very day in David’s town your Saviour was born – Christ the Lord! And this is what will prove it to you: you will find a baby wrapped in cloths and lying in a manger.” Suddenly a great army of heaven’s angels appeared with the angel, singing praises to God: “Glory to God in the highest heaven, and peace on earth to those with whom he is pleased!” When the angels went away from them back into heaven, the shepherds said to one another, “Let’s go to Bethlehem and see this thing that has happened, which the Lord has told us.” So they hurried off and found Mary and Joseph and saw the baby lying in the manger. When the shepherds saw him, they told them what the angel had said about the child. All who heard it were amazed at what the shepherds said. Mary remembered all these things and thought deeply about them. The shepherds went back, singing praises to God for all they had heard and seen; it had been just as the angel had told them” (Luke 2:1-20 - Good News Translation).

The Christmas story is for all people of all ages and cultures, and is about how God came into our ordinary, everyday world as a little baby so that he could live with us and share in our lives. The coming of Christ at Christmas changed the course of human history.

We love to look at what we think is an idyllic and beautiful picture of that first Christmas. Yet a stable is hardly a good place for a baby to be born. The reality is that there was no room for Jesus. That reality is still true today with the over-commercialisation of Christmas to the point where most of our time, energy and attention is focused on other things. We are so busy that we have no space or time left to remember that Christmas is the celebration of the birth of the Christ-child.

James Irwin, one of the few astronauts to have walked on the moon, was asked about his experiences in space. He spoke about the importance of space exploration and how mankind has been helped with medical research, new technologies and a greater understanding of the universe in which we live. He went on to describe the wonder of gazing at our small blue planet from such a distance in space and realising just how beautiful and unique it is.

He also spoke about the wonder of standing on the moon in 1971 and seeing an “earthrise”. He said that it is important for the good of mankind that it is technically possible for a man to walk on the moon, but how much more important it is that God, in Jesus, came into our world and walked upon Earth.

Sadly, we see still so much injustice, hate, violence and corruption in the world that at times we are brought to utter despair. If only the world would see and take hold of the greatest gift that God gives us in Jesus. The words of Major Joy Webb’s song Come into our world! reflect a longing and a plea, for without God our world is a sorry place:

All around us, seemingly, darkness holds its sway;
Truth and love are faltering, peace in disarray;
And if we needed you, we need you now!

People sit in loneliness, children cry for bread;
Men fight men in hatred, by suspicion led;
And if we needed you, we need you now!

Faced with such confusion, hope has slipped away;
Men have stopped believing, forgotten how to pray;
And if we needed you, we need you now!

Thankfully it does not need to be like this, our world can be different, but if that is to happen it requires each of us to experience a change of heart, to be changed and transformed so that the life God intended for us becomes a reality through his Son, Jesus. No wonder that the angels rejoiced and sang: “Glory to God in the highest heaven ...” (Luke 2:14).

General André Cox is the world leader of The Salvation Army