A small team of passionate trekkers raised more than $30,000 on The Salvation Army’s latest “Trek for Hope” through the Central Highlands of Sri Lanka.

The trekkers visited The Haven before embarking on their six-day journey. 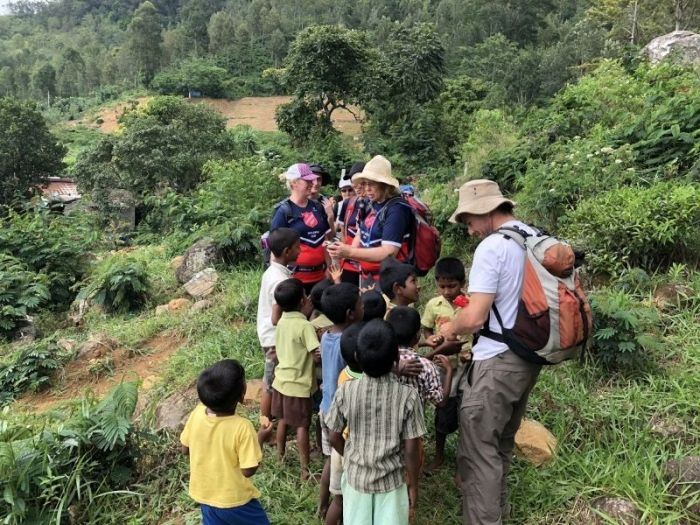 The trekkers shared some biscuits with children in some of the villages they passed through on their journey.

Trek organiser Peter Cleave, the Australia Eastern Territory Development Manager (Special Projects), said the trek took the team through some of the most spectacular terrain on earth.

“Hiking began before dawn with a climb of Adam’s Peak – 2m taller than Mount Kosciuszko – to watch a beautiful sunrise,” he said. “A short scenic railway journey to Nanu Oya took our group into the Central Highlands where the scenery changed again. Our intrepid trekkers walked through cloud forests, eucalypt forests, manicured tea plantations, through a railway tunnel, past Bambarakanda Falls – Sri Lanka’s highest waterfall – through rice paddy fields and local villages.” 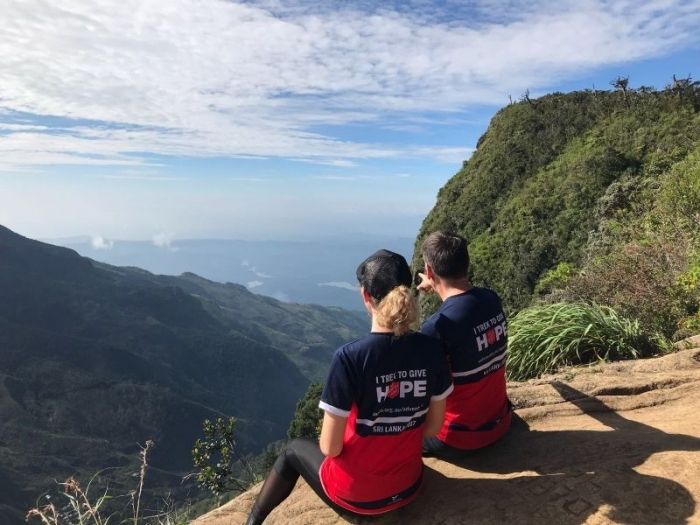 Along the way, the trekkers were treated to tasty traditional cuisine made by the local villagers and stayed in a variety of mountain-top lodges, all with spectacular views. They also visited a tea-processing factory and enjoyed a tea-tasting session.
Hikes through World’s End and Knuckles National Park completed the mountain section before the trekkers headed to the inland city of Kandy for some sightseeing and bargain hunting.

“The adventure treks have now raised over $270,000 to help the Salvos bring hope and a way forward for many in our community. We would love you to be part of a future trek,” Peter said.

One of the trekkers, Anne, said that, athough the trekking was challenging, the whole trip was “just fantastic”. 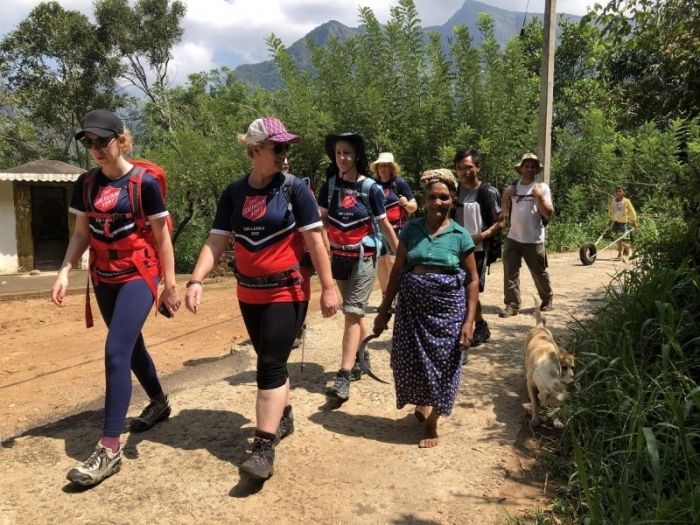 “The group was so supportive and everyone got on so well together,” she said. “It was great to have the challenge of the trek, the first I’ve done, and to raise money for people in such difficult circumstances at the same time.

“I loved the beautiful scenery and seeing the simplicity of life there. It was so rejuvenating and I would do it again in a heartbeat.