You are here: Home › Get Involved › Making It Happen › Truth Telling & Healing 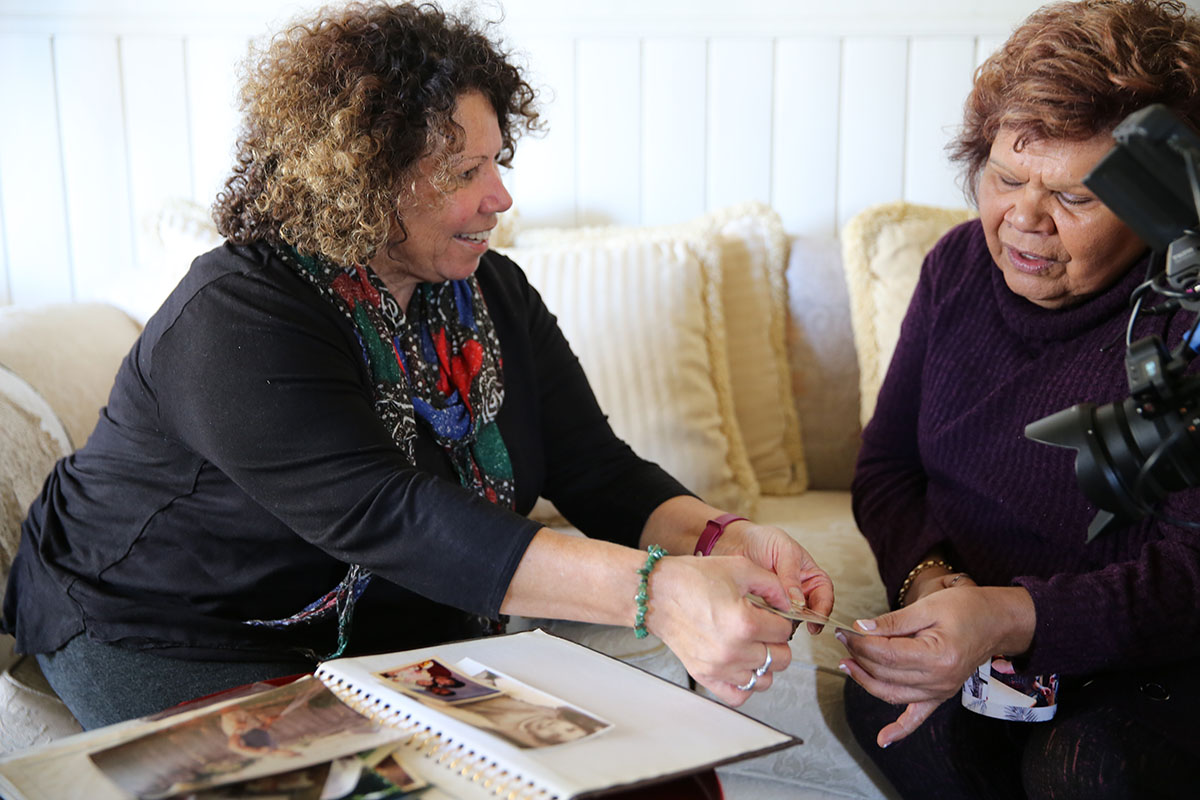 Making It Happen fundraising projects go towards supporting programs that provide a safe and supportive environment for women who have been incarcerated or impacted by family members in prison. Donna Meehan is a Koori woman and team leader at one of these programs, this is her account:

I first became involved in Kairos Outside for Women after attending a men’s program at the prison. I was there listening to a man speaking and he just blew me away. It was like my chair was electric – I just got so excited. I thought ‘it’s just like you Lord to bring revival through prison ministry’. As the colonisers came out here looking for land to set up a penal colony, I thought this would be God’s way.

I knew right away that I wanted to be a part of this and after first working with Kairos Torch for juveniles for around three years, I was invited to a Kairos weekend. It was beautiful.

Everybody in the room is impacted by having someone in prison so it’s like you’ve been given permission to speak. There they find women, friends they didn’t know were out there, who have experienced the same thing. It’s something very powerful when you find that you’re not the only person in the boat, there are many hundreds of others.

Usually women don’t talk about it because of the shame factor. Non-Aboriginal women would say their husbands were reps away at work, but Koori women talk about it so normally because we’ve got so many of our family inside.

In the middle of one of the programs, an Auntie called me over and said, “I wanna talk to you about this program. I just realised these white women are carrying around much more shame than us. We talk about this every day because it’s just like having vegemite on toast – we’ve all got people in jail.”

There’s the discrimination of the police; there’s the discrimination of the courts; or if you haven’t got money for a good lawyer. I see white kids with exactly the same crime as Aboriginal boys but they’re getting off because their parents can afford a good lawyer and they can afford the bail. If you’re unemployed and you get a driving fine and there’s no money to pay it, you just go to jail and pay your fine off. It’s just a given – it’s as natural as breathing air.

It’s not just happening in America, it’s happening in Australia. Hundreds of our people have been left to die in police cells – even before they get to court, before they have a hearing, they die in custody. We’ve been saying this for the last decade – it’s truth telling time. So, this is our opportunity to educate and share and speak the truth. The truth will set us free.

When I found this program, it was just beautiful. The whole weekend we just cried tears of relief because we had a safe place to share our common experiences. All of us women – Aboriginal, non-Aboriginal, multicultural – were sharing the deep pain in our hearts and were able to release it.

Every weekend we run, we’ve seen women coming in Friday night, brow-beaten, head down, breathing but not living. We take them away to a nice venue, provide three meals a day and run talks – fulfilling what Jesus said in Matthew 25:35-40. We could run this program twice a week, there’s that many women impacted by this.

In the end, it’s love that breaks; it’s love that melts their heart; it’s love that forgives. And for the Kairos weekend, the most important thing in that room is giving them permission, a voice to speak. There, they are allowed to let their guard down – knowing there is support and not shame. Often women don’t get that opportunity. If you’re in a relationship with domestic violence, he doesn’t want to hear your opinion. So, giving her a space to speak and share is so powerful and it’s the beginning of her healing journey. Knowing that there is a circle of women around her who are all experiencing the same issues with loved ones and extended families in prison – that’s really important.

It’s wonderful when you see women who’ve arrived so broken up the first time they come and staying with the program. Then they’re later the ones who are actually leading the program – that’s powerful. They’re able to share their story and give other women hope when they’re at their darkest, darkest times.