You are here: Home › Get Involved › Making It Happen › Connection & Acceptance 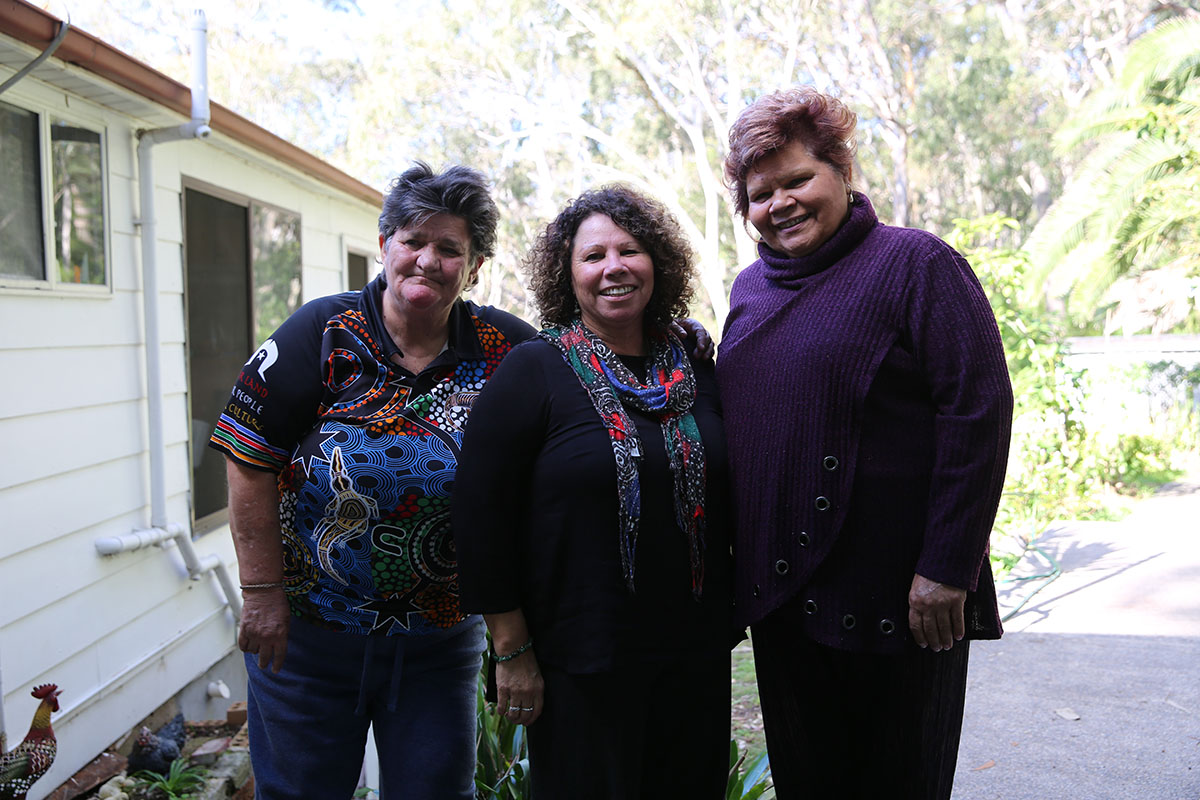 Making It Happen fundraising projects go towards supporting programs that provide a safe and supportive environment for women who have been incarcerated or impacted by family members in prison. Sammy is an Aboriginal woman and on the team at one of these programs, this is her account:

I first heard of Kairos Outside for Women when I was in rehab. When I left, a beautiful lady I met at church put my name forward [for the program] as a guest. I was scared when I arrived ­– and I was shy – but I was more apprehensive because I didn’t know what to expect. I had only just got out of rehab a couple of months earlier. But I did the weekend and it was an experience I’d never had before – I was on cloud nine­. That was eight years ago.

[The weekend] is open for those who have been in jail – or been impacted by somebody who has been, or is still, in jail. Even if it’s a friend, you still get impacted, you’re going to feel it. As a guest, you’re made to feel welcome and you are made to feel like you are equal and special.

When I first went on team, I worked in the kitchen for the first three weekends that we did. I love working in the kitchen. I would see the new girls arriving and the scared, nervous looks on their faces. But by the end of the weekend, the change in their faces is beautiful. They’re at peace and they know God.

They’re there to just share about their lives and how they felt, or if they weren’t in jail, how they felt with someone else being in there. They sit and talk to you one-on-one, over lunch or morning tea, and the stories will break your heart. And you sit there going ‘hang in there’, but mostly you’re there to listen.

The first talk I did [at Kairos] was on isolation and rejection and I spoke about my childhood. I suffered every type of abuse that you could think of a child suffering – emotional abuse, physical abuse, sexual abuse. On top of all of that, rejection and isolation … and child labour.

One minute I was at the orphanage happy as Larry, the next minute I’m in this house full of people I didn’t know. I didn’t even know I had a twin brother until I got there – and we were in the same orphanage.

I was the only one they made to get up before dawn and I’d have to rake up our yard and the two neighbour’s yards before I even had breakfast. I was the only one that they ever picked on. My foster mum burnt my right hand once because I happened to bite my nails. I had third degree burns to my hand.

I was just rejected from the whole family and I never felt a cuddle … never had a cuddle until I left home. I didn’t even know what love is. I do now because God loves me and I’ve got beautiful people at church that love me.

My foster mother actually took me to a girls’ home because she reckoned I was uncontrollable, but I escaped. An old couple picked me up and drove me to the police station and I ended up at Parramatta Training School for girls, which was a cruel place.

During that time my whole foster family – even my own brother – disowned me. I ended up on the streets, did prostitution, did the merry-go-round of drugs, prostitution, jail, drugs, prostitution, jail. Through all this I was alone. I was lonely, dejected and most of all I hated myself. I hated myself more than anything because I didn’t know any other way. I didn’t know any other life but life on the street because I had no role models, no nothing. It took years to realise what they mean when they say, ‘we are our own worst enemy’, because we are.

[This program] is so important for Aboriginal women because outside in the world they’re counted as nothing – so they get very little support – but when they go to Kairos, we always have a couple of Aboriginal ladies on team. That allows them to feel more comfortable and know that there are Aboriginal people here and they can relate. It’s so important to relate to the guest that’s coming.

They also see that there’s white people willing to walk beside them and listen to them. Listen to their stories and learn from each other. They can let out their frustrations in a calm environment and in a good Christ-like environment when people are just standing there ready to listen… and you get well fed too!

A lot of them continue on with Kairos, they come on team or they come to the reunion dinners, or the afternoon teas or to have a coffee. I would recommend anybody to do Kairos as a guest.