You are here: Home › Christmas › Stories › We Nearly Cancelled Christmas

It’s the kind of thing that can happen to anyone.

Jennie, Rob and their three children live out west. They're hardworking, loving parents, battling to raise their family on shift work. They've coped with a drought and two terrible floods in recent years, but it was an ordinary day that nearly broke them.

A few weeks before the school holidays Jennie was on the porch, feeding their baby and supervising her son's homework before dinner.

Six-year-old Alice, a bright, mischievous bundle of energy, was dancing around in a Christmas angel outfit she'd made herself ("out of my best pillowcases," Jennie grins wryly, rolling her eyes).

"One minute she was on the grass. The next she was falling out of a tree. 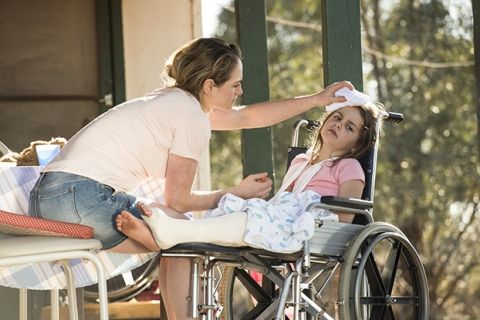 "I could see that she was badly injured. That 125km drive to the hospital was the worst of my entire life. We're so far from any help, and it seemed to take forever. Rob met us there, and we just sat in the waiting room, unable to help, desperately trying to keep it together."

Eventually, overwhelmed with relief, Jennie and Rob heard Alice had broken bones but her internal organs were intact. They could take her home in a fortnight, though she’d need constant care for months. 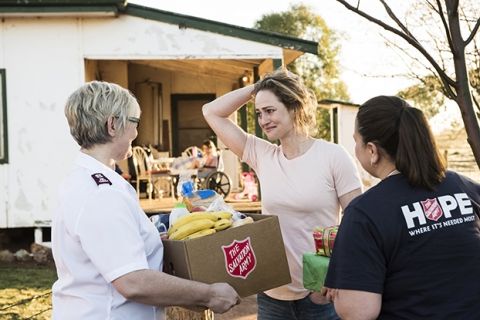 "We were so grateful," Jennie says now. "So grateful. But now it was a different crisis.

"We work hard to make ends meet, and we’d saved enough to give the kids a gift each at Christmas. But missing all those shifts... we had nothing to fall back on, and Alice couldn't be left alone.

"We had to tell the kids that Christmas was cancelled, but it was worse than that – after a few weeks there was barely any food.

"It was horrible. They were great – saying ‘we understand; we understand’, but I just felt I’d let down my whole family."

Help give hope to families like Jennie's. Donate to the Christmas Appeal now.

At rock bottom, Jennie reached out to the Salvos who soon saw the situation was critical and rallied to offer emergency supplies.

Hope where it's needed most Salvo Annie says, "I called Jennie back and when she answered she could barely talk.

"She said, ‘You’ve completely changed what Christmas looks like for us’. She was overwhelmed and in tears."

Jennie says, "All I can say (to donors) is thank you so much! It truly makes a huge difference at a terrible time that can make or break a family."

*Names and details have been changed to protect privacy