Find out more
You are here: Home › About Us › News & Stories › Stories › The Homeless Have A Life Story Too

The homeless have a life story too 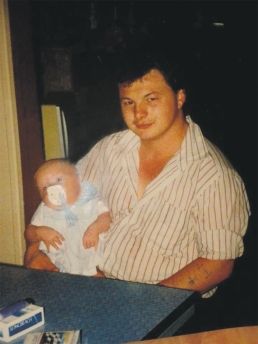 "It's long and it's cold … and you have to sleep with one eye open because you don't know who's going to bash you or stab you or rob you." – Mouse

Those words, sadly, were all too true for Morgan Wayne Perry, a homeless man from Melbourne, better known as “Mouse”.

Mouse had set up some blankets and boxes under a bridge in the city’s CBD as “home”. And that’s where he was attacked. He suffered fatal stab wounds to his throat, face and right hand.

My name is Major Brendan Nottle and I work for The Salvation Army in Melbourne at a centre helping people experiencing homelessness.

I first met Mouse about 27 years ago when he came into one of our youth refuges. He was just 15 years old. It was a tough place … and got tougher when he arrived.

Mouse was a short kid but presented an aggressive image. He had a shaved head and wore a jacket with studs. It was as if he was trying to say ‘Don’t mess with me.’

You may wonder how someone ends up homeless. I’ve found that you can often trace it back to their childhood.

Mouse’s childhood was horrific. He told me he was tortured and bashed by those who were supposed to be caring for him. He said there was also sexual abuse.

But I saw another side to Mouse.

When he arrived at the youth refuge, my wife Sandra had just given birth to our daughter Ash. Sandra wanted to bring Ash into work, but I was nervous. When you have a bunch of troubled young people in one place, things can go wrong – and quickly.

Sandra insisted, and I’m glad she did. As soon as Mouse saw four-week-old Ash, something in him changed. He asked to hold her. Rocked her in his arms. And ordered the other young people to quit smoking and stop swearing around the baby. He even insisted the TV channel be changed to Sesame Street.

Then, I lost Mouse from my life for 27 years. Nine months before he died, he just walked into our centre and said, “Do you remember me?” I did.

I didn’t know, though, that he’d smashed both his legs in a motorbike accident.

I didn’t know that his three-week-old daughter had died from cot death.

I didn’t know he was homeless.

And I didn’t know that he would soon be dead, at 42, leaving behind three children. He was also a grandfather to three little ones – though he never knew that.

That’s what I’ve learned after many years working as a Salvo on the street. There’s always a story and it’s only when you meet someone, and sit down with them, and treat them with respect, and really listen to their story, that you can truly help them find healing, and bring hope.

That’s why we are on the street.

But we can’t do it without your help.

The Red Shield Appeal raises vital funds for The Salvation Army. Funds that ensure our services continue to operate.

Helping homeless people and helping to preventing needless deaths on the streets is my job.

Please donate to the Red Shield Appeal today and help save someone like Mouse.