You are here: Home › About Us › News & Stories › Stories › Strengthening Young Lives With Cultural Mentoring

This year, the theme for National Reconciliation Week (27 May to 3 June*) is Be Brave. Make Change.

A group of enthusiastic Year 6 students from Carinity Education Shalom (school) in Townsville will soon enjoy a cultural visit to Turtle Rock, Hervey Range (Qld) on Gudjala Country, led by local Elders. It will be the culmination for 2022, of a six-week program of yarning circles and mentoring coordinated by The Salvation Army’s Aboriginal and Torres Strait Islander Team.
The program which first ran in 2021, and is currently underway, uses some elements of The Salvation Army’s Positive Lifestyle Program, with an Aboriginal and Torres Strait Islander focus. It explores a range of topics from kinship and moiety, to caring for Country.

The program was created and is run by Terrence Whyte (who is also a father of six) and is one of a range of initiatives for children and young adults, run by The Salvation Army.

Terrence is a Geomulaig man, from the Maluigal nation. His mother comes from the Torres Strait Islands and he was born and raised on Kalkadoon Country. 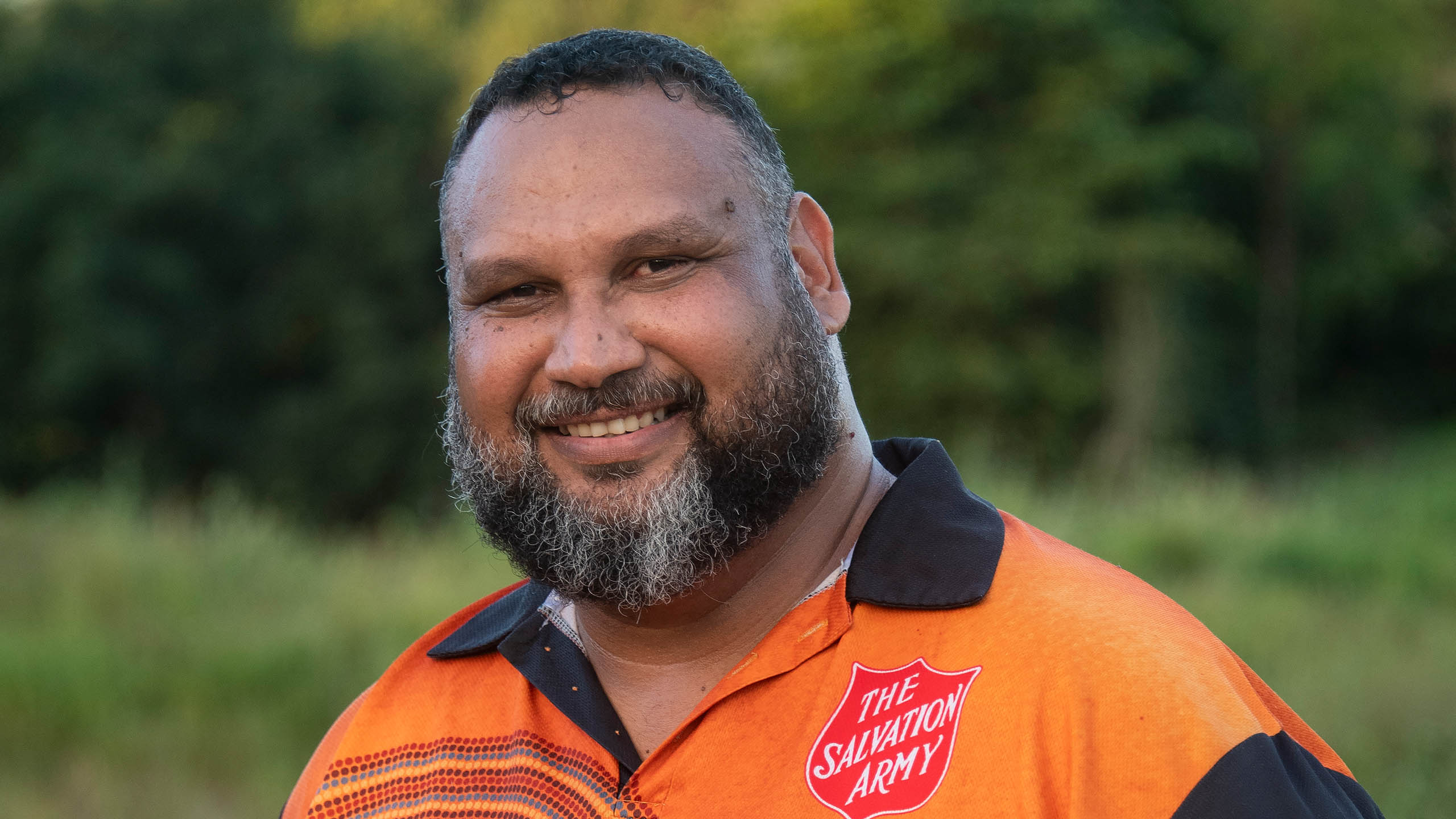 He says: “We traditionally had cultural mentors in Aboriginal and Torres Strait Island culture to teach young people their cultural responsibilities to look after Country, to look after each other and to walk the right path in life.

"While some of this continues today in some places, in other places, it is not at the level it traditionally was, so we are trying in some ways to bring that back for these young people.”

Terrence explains that at Turtle Rock the school groups learn about the significance of the site.

“The boys, who all come from an Aboriginal and Torres Strait Islander heritage, get to engage in some cultural activities,” he says. “They really love knowing there is a cultural site around where they live. We do a smoking ceremony and activities, with the local Elders as cultural teachers.

Terrence says one highlight of many on the first course was that the boys took it upon themselves to perform a dance for the leaders to say ‘thank you’.

School chaplain, Carinity Education Shalom, Andrew Bollom agrees. He says, of the 2021 group (with 2022 currently running), “It was beautiful to literally see after six weeks, the boys’ pride in their culture and who they were increase!”

Multi-facetted approach to caring for others

As well as a range of primary school programs, Terrence and the team also run a high-school age, sports-based, leadership resilience program. It has seen many young people re-engage with school and studies and move into leadership roles.

Terrence says teaching about, and working for, social justice and change is also essential for a healthier future for all.

National Reconciliation Week is a call for action

“This year, the theme for National Reconciliation Week – ‘Be Brave. Make Change.’ – really complements the NAIDOC 2022 theme: ‘Get Up! Stand up! Show up!’,” Terrence says.

The fight for social justice is everyone’s business. These themes are a call for action for everyone, because, in 2022, Aboriginal and Torres Strait Islander peoples are still fighting many social injustices to ‘close the gap’ in terms of health, life expectancy, education, incarceration and much more.” 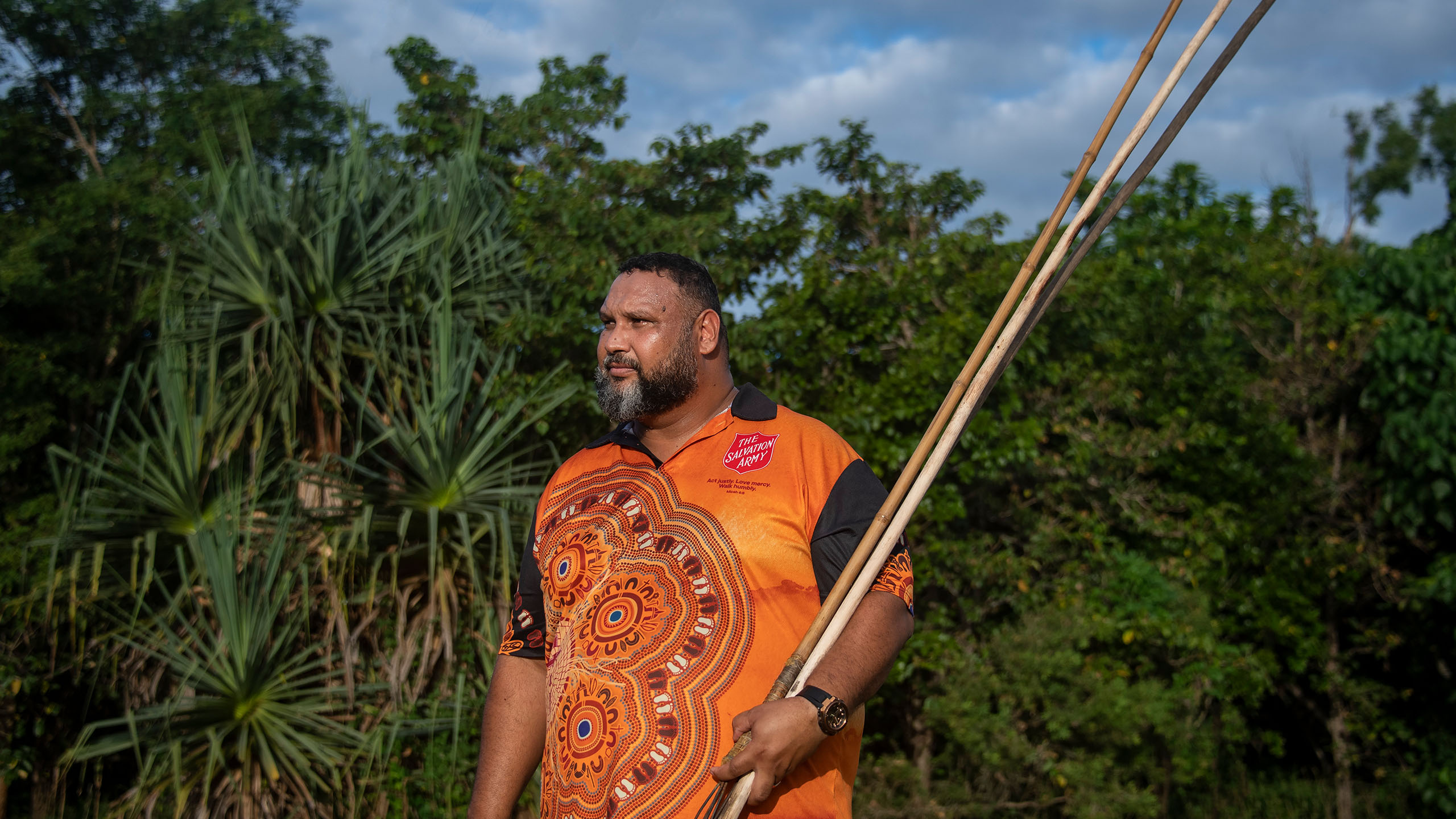 Terrence says: “Jesus spoke with and for those who were denied justice in their community. You couldn’t have a better example to follow.”

*National Reconciliation Week is held at the same time each year. However, there has been some variation with the start date being 26 or 27 May. These dates commemorate significant milestones in the reconciliation journey.

Firstly, National Sorry Day is held on 26 May and marks the day that the landmark ‘Bringing them Home’ report was tabled in the Federal Parliament in 1997. This is a time to remember the past policies of forced child removal and reflect on the sad and painful stories of the Stolen Generations. It is a time to recognise the resilience of Aboriginal and Torres Strait Islander peoples and the power of saying ‘sorry’.

Secondly, 27 May marks the successful 1967 Referendum, in which Australians voted overwhelmingly to amend the Constitution to allow the Commonwealth to make laws for Aboriginal and Torres Strait Islander peoples and include them in the census. Thirdly, the High Court Mabo decision, which, on 3 June 1992, ruled that terra nullius (meaning ‘land that belongs to nobody’) should not have applied to Australia.