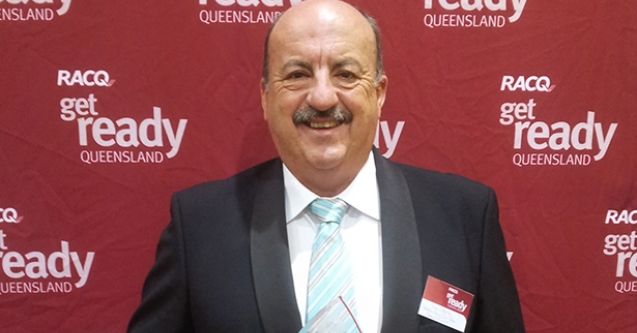 The Salvation Army’s Tom Quinn Community Centre in Bundaberg has won the not-for-profit category at the 2014 Get Ready Queensland –Resilient Australia Awards.

The award, for the centre's Rebuild Community Group project, recognises the work that went into helping people rebuild their homes and lives after the devastating floods of January 2013.

Tom Osborne (pictured above), the centre's manager, accepted the honour during a special presentation in Townsville on 17 October.

“It was just magic to win this award,” he said. “The Rebuild project was a great group effort and it was an honour for the Army to head up the entire operation.
“So many homes had been destroyed and so many people had lost everything.

We identified a pressing need to help people who did not have insurance, were under-insured, or who simply did not have the will or the wherewithal to rebuild.”

The Combined Churches of Bundaberg were an integral part of the project, with a focus on assessing eligibility for rebuilds and corresponding financial allocations.