Find out more
You are here: Home › About Us › News & Stories › Stories › Moneycare They Were There When I Needed It

Moneycare: "They were there when I needed it" 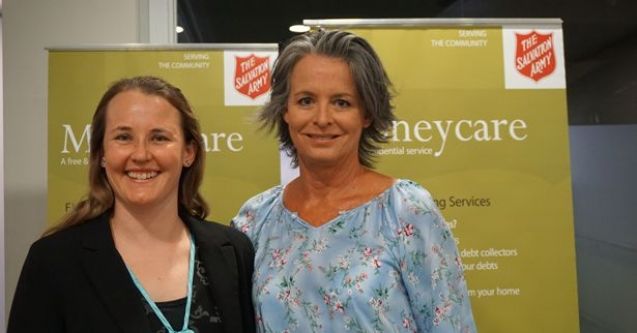 Anna is an independent, capable woman. The former police officer, flight attendant and then private investigator was comfortably living with her two “boys” – little white dogs – when she suffered a double setback that would change the course of her life.

The house she had purchased had been damaged in the 1989 Newcastle earthquake and the repair bill was crippling, forcing her to sell. At the same time, she lost her job.

She held down a rental for a while, calling on the Salvos for assistance as she struggled to make ends meet, but it wasn’t long before she was living in her car.

Anna was in a position she never thought she’d be in – she was homeless.

She remembers the day her car was repossessed. “The man who took it, he actually felt sorry for me … I was standing there with my two little dogs and he said, ‘Would you like me to give you a ride home?’ And I said, ‘The car that’s now on the back of your flat-bed truck was our home,’ so he felt really bad. There was nowhere to go.”

So she, and her boys, slept on the streets.

When she finally secured government housing, she was hopeful that things would turn around. “I had a roof over my head for $60 a week and the taxpayers went to work to give me $500 a week,” she describes of receiving government benefits, “and that’s the biggest gift that I have ever been given. The rest was up to me.”

Despite securing several jobs, issues with her new neighbours made life difficult, and Anna continued to struggle. “I was only eating once a day,” she remembers. “It’s amazing what you can do when you have to.” She would only seek out The Salvation Army for assistance when she was “desperate” and is grateful for the food and household bill assistance given. It was through that assistance that a Salvation Army Moneycare financial counsellor told Anna about the NILs (No Interest Loans) program.

Anna’s computer had been smashed during her move and she couldn’t afford to replace it. A Salvation Army Moneycare NILs loan allowed her to buy one and pay it back without interest. During another crisis, when one of Anna’s dogs injured himself and she couldn’t afford the vet bill, The Salvation Army’s Moneycare service was able to assist again with another NILs loan.

“I lost three-and-a-half years of my life,” says Anna, of that tumultuous time. Yet she doesn’t complain. Her life has “gone back to normal” now. She lives in a private rental and is in steady employment. She says she’d do anything for the Salvos who were there for her when she needed it.

“If you have a plan, The Salvation Army has a plan to help you,” she says. “They don’t swoop in and issue directions about what they think you should be doing, they wait to see where you want to go and then see how they can help and support you.”