Find out more
You are here: Home › About Us › News & Stories › Stories › Atheism To Salvation Caption: As a young student, Erik Lennestaal was an expert at convincing people to adopt atheism … until someone challenged him to read the gospel of John.

It was hard to believe the man sitting across the coffee shop table in Salvation Army uniform was once a militant and articulate atheist and communist.

Here he was speaking exuberantly about his faith in God. Customers at other tables in the outer-west Sydney suburb looked up as Erik Lennestaal talked about finding faith in Jesus and how the discovery had changed his life.

Yet, a decade and a bit earlier, as a young student in Sweden, Erik had convinced Christians to abandon their faith. He had persuaded people searching for faith that they were wasting their time looking for God “because he didn’t exist”.

Erik, now 34, married with three children and living in the Blue Mountains, even says it himself: “There is perhaps no more unlikely Salvation Army soldier and worker than me.

“For most of my life, I was a proud, argumentative atheist, a rather staunch communist and a radical vegan.

“In my book, there were few things as decidedly evil and obviously delusional as organised religion. I was firmly convinced of the truthfulness of atheism and would not hesitate to tell anyone who would listen.

“I could be rather persuasive and managed to convince quite a few people to abandon their religious beliefs.”

Erik was raised in Sweden with atheism in his family. By the time he reached high school, he was skilled at debating. He was a feared member of the school debating club.

“I was winning; everything was going well. I was driven. I was a bit of a language nerd and seized every opportunity to learn a new language.

“I threw myself into learning Latin and loved engaging with the old Greco-Roman philosophers as part of religion and philosophy studies at school. Many of them were atheists like me.

“I still remember our very first class where our religious studies teacher came clean and told us she, too, was an atheist. I was cheering on the inside.”

Outside school, Erik was involved in protest marches, writing articles for communist publications and participating in “not so peaceful animal liberation activities”.

As for Christians, Erik saw them as either delusional, weak people who needed a crutch to get through life or ecstatic fanatics working themselves into some sort of frenzy.

“I was neither of those things. I was convinced of my atheism – and a bit of a proselytising atheist.” He was proud and boastful of his achievements to turn believers into non-believers.

As he neared the end of his high school days, he befriended “a statistically unlikely number of rather strong Christians”.

One of his fellow students, he says, loved a good debate and confronted Erik. He still remembers her words: “Erik, I can’t take you seriously anymore,” she said. “You keep making our lives hell, but you haven’t even given Christianity or God an honest chance.” 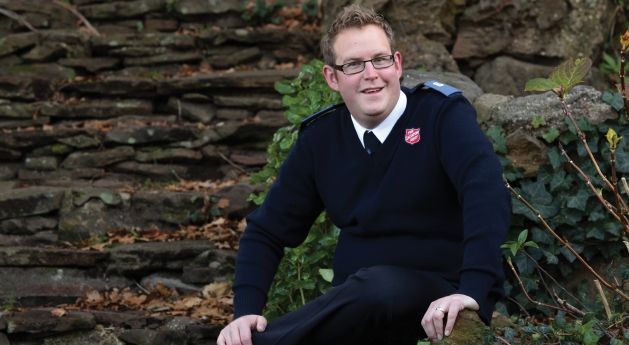 She challenged Erik to read the Gospel of John. “Read it before we speak again next week or I’m never talking to you again,” she told Erik.

“I was a bit surprised by her forcefulness. But I wasn’t about to say no. So I told her I would read the Gospel of John and then prove to her from her own book that God was not real.”

A Bible! Where would he find a Bible at home?

He recalled that when he started high school several years earlier, a member of Gideons International had addressed students and “forced” a small red Testament into his hands.

“For some reason, I hadn’t quite been able to bring myself to throwing it out. I turned my room upside down and managed to find it. It had fallen behind a desk drawer.”

Erik read the Gospel of John from start to finish – Testament in one hand and a pen and paper in the other, making notes.

“It was eating me up inside. I could hear my friends saying: ‘Why don’t you pray? Why don’t you at least give God a chance?’”

He didn’t tell his friends of any change in attitude. “On the outside, it was business as usual. I stuck with the old script. But on the inside, I couldn’t shake the seeds of doubt – maybe it was faith – that had been planted”.

School ended. His Christian friends – maybe noticing a change – invited him to a Christian youth event. He declined “in no uncertain terms”.

“I had packed my now well-read Testament. For the very first time, I voluntarily set foot in a church – and the roof did not fall in!

“It was as if there was just me and a strange presence. I prayed a most unexpected atheist

“I experienced God speaking to me. I felt love and acceptance, and forgiveness for actively working against God for nearly 19 years of my life.

“At the last possible moment, I left my seat and ran forward, and knelt, surrendered. I ended up spending hours talking to one of the Christian workers, trying to make sense of what had just happened.

“My whole worldview was changing. I would go for a walk in the forest and cry my eyes out, realising that God had made all that I could see.”

After the youth event, he phoned the friend who had first challenged him to read the Gospel of John. Neither she nor any of her group of friends went to the event because they felt discouraged that he wouldn’t attend.

He tried to tell his friend in the phone call that he had become a Christian. She thought he was mocking her and she hung up. He called back and told her it was true – the atheist was now a Christian!

Erik joined a church and stayed. He bought a full Bible and “started devouring it”. His family saw the change in him. They said he had been brainwashed.

He then spent a few years in France, London and the United States, exploring ministry opportunities and learning as much as he could about God. He came to Australia in 2003 to study at the Hillsong church’s college in Sydney, where he met his wife, Amanda. They married in 2007. 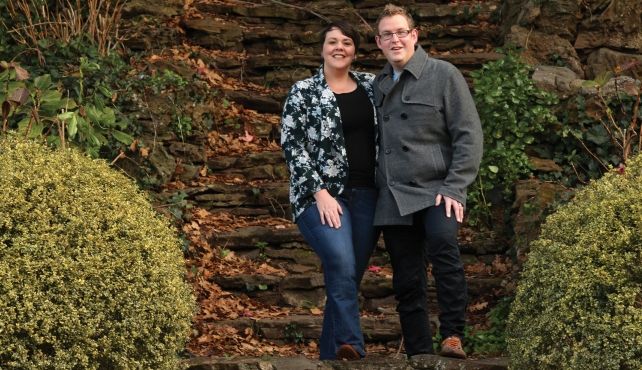 Caption: Erik with his wife Amanda, whom he married in 2007.

In 2013, Erik responded to a Salvation Army recruitment drive for people to work with asylum seekers on Manus Island. It was his introduction to The Salvation Army – and it was positive.

On his return from Manus Island, Erik and Amanda walked into The Salvation Army’s Penrith Corps building and have remained a part of the program there ever since. They were enrolled as soldiers in November 2014 and shared a full-time role as Family Ministry Coordinators for the Nepean Hub.

Erik and Amanda have three girls, Miriam, 5, Elsa, 4, and Dorotea (Swedish for Dorothy and meaning gift of God), aged 2.

“I want to encourage everybody not to give up on those God has called you to reach out to,” Erik says. “Pray for them; stand in the gap for them. No matter how discouraged you might feel, at times, God is at work.

“I want to leave you with the words of James 4 (The Message) verses 4-7: ‘So, let God work his will in you. Yell a loud no to the devil and watch him scamper. Say a quiet yes to God and he will be there in no time. Quit dabbling in sin. Purify your inner life. Quit playing the field. Hit bottom and cry your eyes out. The fun and games are over. Get serious, really serious. Get down on your knees before the master; it’s the only way you will get on your feet.’

“Remember the religious studies teacher back in Sweden who confessed to the class that she was really an atheist? Well, on a visit back to Sweden, I was invited to speak in church.

“Some friends invited her to come. She responded to the call at the end of the service. That is special to me.”