You are here: Home › Red Shield Appeal › Safety & Stability For A Family In Crisis

Safety and stability for a family in crisis 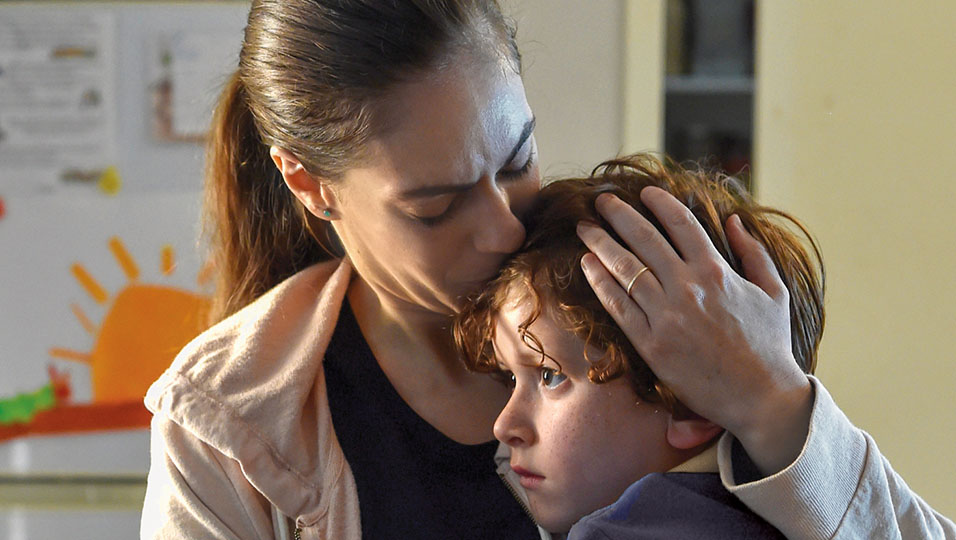 “One time he kneed me in the ribs and I couldn’t pick my son up for six weeks. Another time my son woke up and screamed when he saw him strangling me until I passed out.” – Andrea*

Right now, in homes across the country, families are being torn apart by domestic violence. Women are living in fear of their partners and children are bearing witness to horrifying acts of abuse.

While his mother tried to protect him from the worst of it, Andrea’s son has seen terrible incidents of domestic violence in his young life. He has also experienced homelessness and multiple moves as a result.

But today, he and his mum have stable housing and no contact with Andrea’s ex-partner. Andrea now plans to study community case management to help others in the same way Salvos’ case workers and services have helped her.

“I want donors to know that all the care I received [through the work of the Salvos] means my son and I now have a stable home,” she says.

“It means he gets to grow up with his mum and just be a normal child.”

That journey to stability, Andrea says with an understated smile, “has been a hard road”. After her son was born, Andrea and her then-partner moved interstate. But with a young child, no support networks and no friends around them, the arguments intensified, and the relationship turned increasingly violent.

“We got into an argument one night and he hit me in the face. I ended up in hospital. It was pretty traumatic,” Andrea says.

Working full-time, and trying to create a stable life, Andrea says her partner pushed back.

“He’d punch a hole in the wall with the side of my head or blame me for stuff going missing that he had lost; he’d blame me for taking his stuff – all paranoia. When you are in the middle of it, you can’t think straight. He told me I would never be able to get away,” she says.

“I might have left earlier, but I didn’t know there was any help out there. He was telling me I was worth nothing; all that sort of stuff. In the end, the fights got less and less, I stopped arguing back. I did what I was told. It was a matter of survival.”

From there, the dedicated Salvos Family Violence Support staff started the all-important work of talking to her as a friend, letting her know that it wasn’t her fault, and that she was now safe from harm and among people who would love her and care for her for as long as she needed them.

“The officers talked to me about what I’d been through and they made a plan,” says Andrea. “I felt instantly safe and listened to. My Salvos case manager, Leanne, helped me into independent housing, and I still do counselling with her. She is someone I can comfortably talk to.”

Throughout the process Leanne supported Andrea emotionally as well as practically with food and assistance with bills.

“The Salvos have done so much for me. The accommodation meant everything to me. Without that, we’d have been homeless.” With housing and the Salvos support network around her, Andrea says she was able to offer her son the stability he’d never had.

“Without The Salvation Army I would probably still be trapped in the [violent] relationship or I’d be dead! Since my son was born, he’s never had a stable place to live [until now]. I just want to give him stability.”

“Andrea is just wonderful,” says Leanne. “It is an absolute credit to her that she managed with all the trauma of the past to focus on her son.”

No one should have to choose between living with abuse or facing the possibility of homelessness, yet thousands of women and children in Australia are put in this impossible position every day.

The current conditions imposed by COVID-19 have resulted in increased calls to family violence hotlines as abuse escalates in homes amid a climate of uncertainty, stress, isolation and reduced employment. While staying home is what is best for the health of all Australians, for many, right now, it is the most dangerous place to be.

The Salvation Army works to provide the support needed to restore safety, stability and hope in the lives of those who have been living with violence. Every year more than 7000 women and children, like Andrea and her son, are assisted through 15 refuges nationwide; counselling; crisis, transitional and long-term housing; security upgrades and more.

Case manager, Leanne, says the programs Andrea accessed through The Salvation Army offers layers of support to assist families with moving from an emergency situation to independent living.

The service also provides ongoing outreach support; help with physical and material needs; assistance in the development of a support plan; referrals to other services; guidance in appropriate life skills such as parenting, budgeting and cooking; and access to support networks, home visits and recreational activities.

Leanne says she and the team are passionate about helping people move from a position of crisis to stability, saying it can have a profound effect on the adults in crisis, as well as their children.

“We work to protect and support even the unborn generations. It really is a ripple effect. If we can work on supporting stable housing, as well as living skills and parenting skills, then the children and future generations have a much, much greater chance of growing up in an atmosphere of love and security,” she says.

*Name and some personal details changed to protect privacy