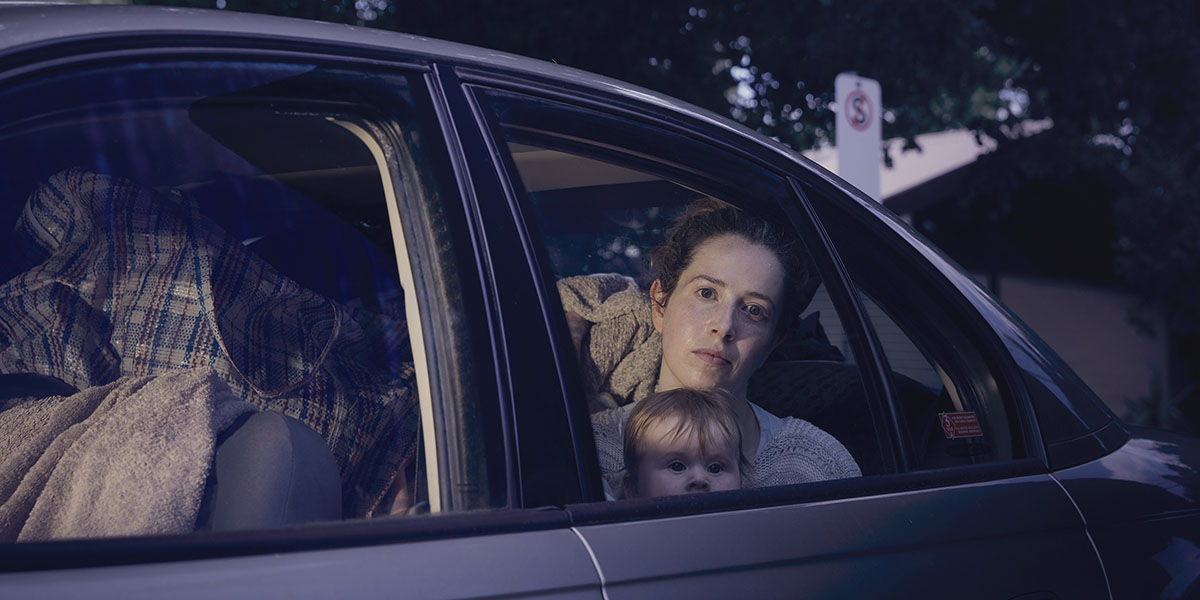 For Gemma* the heady days of becoming a first-time parent and dreams of a bright future were quickly shattered when her partner started using ‘ice’ and became violent.

At a time when her sole focus should have been enjoying motherhood and meeting the physical and emotional needs of her baby, Gemma was forced to prioritise their very survival. With no choice but to escape, Gemma became homeless and lived in fear and instability for five months before being connected with the Salvos.

Read about her journey from the way out of a violent situation to her way back into a full and happy life.

We were a happy couple. We had a little house by the water that we brought our newborn baby home to. We were young parents in our early twenties, but we were determined!

Fast forward two months, he was someone I no longer knew and was very afraid of. He would lock us in rooms, accuse me of all sorts of crimes against him, like cheating or stealing his money, he’d physically and verbally abuse and intimidate me, and threaten to run off with the baby constantly.

I wanted so desperately to keep our family together that I insisted he would get better and everything would be normal again soon. But it only got worse and both me and my baby were at risk.

I of course tried to reach out to family as much as possible, but they were not able to offer us housing or any financial support so our options were very limited. Some nights were a lot harder than others. Most of the time there was nowhere to go. At our most desperate I remember being pulled over in a beach car park.

I wasn’t feeling any bit of safety – emotionally and physically – that’s why I was sleeping so poorly, or not really at all. I’d do my best to block out the windows, but I think because of my mental health and the traumatic stress of the entire situation I was very much on guard.

I would check every window, every door, every corner for my ex’s face. I couldn’t walk down the street or into a store without breaking down in panic. I was in a really dark place and wasn’t sure I’d make it through to be honest.

Lily never went without. I always made sure that she never felt it. That she always had toys and food and something comfy and cosy. That’s just what we do as parents though, we go without a thousand times over to make sure that they’re looked after.

I had been seeing a GP every now and then. I should have gone into detail about my situation sooner but there’s a lot of shame … it’s such a hard thing to explain. You’re trying your hardest to prove to people that you’re a capable parent despite everything taking place.

Eventually I started sharing little bits of information and I did have my GP refer me to family violence intake service who linked me up with The Salvation Army.

I felt really grounded by [Salvos support worker] Sandy’s involvement from the very beginning and really validated too. I was encouraged by her straight away that I was a capable and competent parent, that we were going to get out of the situation we were in and that our pain was temporary.

I just grabbed hold of those interactions with her with both hands. It was a life source from the very beginning.

Coming up with some real safety plans really encouraged me because obviously I’d been taking my own measures to try and keep us safe. Even just talking through the logistics and extra measures that I could take. I just found that to be so powerful and it was a really good habit to get into straight away. It just set me up for the next couple of months.

A safe space to grow

[Getting housing] was pretty miraculous actually. I was on the list for 22 days before something came up. It felt really meant-to-be. I got a TV and a vacuum cleaner and there was a washing machine and all of that stuff already there and Sandy was always calling asking if I needed highchairs, cots, if Lily was good for shoes, things like that.

It was so amazing just to have someone putting all of that in place without me having to worry about how I was going to pay for it. I thought I’d be putting everything on Afterpay and just drowning in debt for a little bit trying to set up the home, but that wasn’t the case at all.

There were harder moments too, me not realising I was so knee-deep in a lot of post-traumatic stress. I was still watching the windows and double, triple, quadruple checking the locks. I was still very on edge thinking my ex would pop up at any given moment. Thankfully I had been implementing safety plans for a good month already with Sandy, so she really set me up from the get-go in that regard.

I’ve reached out when things have been hard financially, and I’ve been referred to the Salvos foodbank and I love all the girls down at the local corps. They’re so quick to throw in nappies and deodorant and all this extra stuff for me. I have balled my eyes out a thousand times in there because I’ve just felt so blessed by their generosity and understanding.

I am a completely different person now and I credit so much of that to my environment. It really fostered my growth and recovery from such a safe and secure place. I am currently studying an online course and have been receiving help for my mental health for over a year now, with regular check-ins with Sandy.

I still truly believe that I wouldn’t be alive if our case wasn’t picked up by the Salvos. My child is a happy, confident and emotionally secure toddler. We are so content where we are and have such a wonderful support network in place.

You [the donors] gave us a second chance at a safe and happy future, and we couldn’t feel more blessed and grateful. I’m sure there are so many other people feeling the same way. Thank you so much!

I really do think that being given a safe place that was ours to call home was the difference between our survival and not. Romans 8:18 says ‘The pain that you’ve been feeling can’t compare to the joy that is coming’ and that is exactly how I felt. We’d been given a fresh start and a real chance at a better life, a safe one.

Your support can provide families with safety and stability

Family and domestic violence is a national crisis that hurts everyone. Gemma was given a safe space to heal and find a way back in to a full and happy life with the help of the Salvos. You can help more people like Gemma when you give to the Red Shield Appeal.
Give support now