Find out more
You are here: Home › Get Involved › Anti Poverty Week › Giving Janet The Support She Needed To Free Herself From The Debt 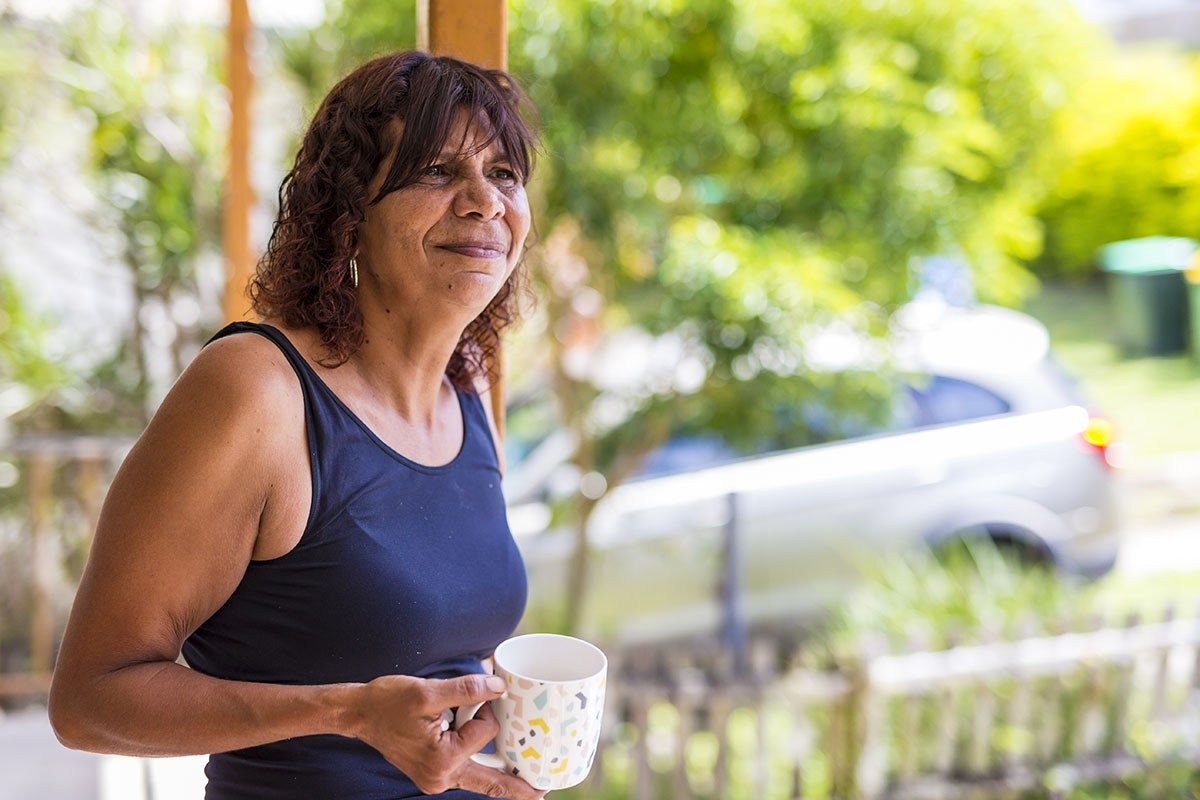 When 52-year old Janet* contacted a homewares rental company to organise a small television for her bedroom, she had no idea it would lead to aggressive upselling, intimidation and a significant debt that would have a severe impact on her health and wellbeing. Contacting a Moneycare financial counsellor gave her the support she needed to free herself from the debt.

When Janet first met with financial counsellor, Tracie, she was unable to meet her basic needs such as rent, food, medication and utilities, after having entered into unaffordable rental contracts. Her financial commitment was exhausting half her income and leaving her in severe financial hardship.

As a result of skilful upselling techniques employed by the rental company, Janet’s original plan for a small bedroom television soon turned into a 65-inch TV, an additional TV, two mobile phones, an iPad, MacBook, a bedroom suite and later a washing machine – to a total of 15 individual rental contracts. Concerned that she wouldn’t be able to afford what she was being upsold on her low income, she says she was repeatedly told by the company that she would be able to cover the repayments.

“It was the way that they had gone around things to upsell items, not to give the amount … because they hadn’t worked it out. That’s what they kept saying to me – they hadn’t worked the fortnightly payments out as of yet. But when they do, they will inform me,” says Janet.

“Well into the contract I was told it was $450 per fortnight. Well I nearly fell over. I said, ‘I can’t afford that’ and they said, ‘well you purchased the goods, so you have to pay for it’.”

When she was unable to keep up with the payments, Janet was visited by what she describes as a ‘large bully’ – who came to her door demanding her key card to take out the $450 dollars owing. He also added an extra $20 to her fortnightly debt because she was now behind.

“I couldn’t live. I just could not live. I couldn’t pay my bills. I couldn’t do anything because all my money was going to [them].”

Janet’s health was also suffering due to the stress she was under, trying to keep up with the payments. Already prone to epileptic seizures, she started experiencing them much more frequently, causing her to feel weak and sick on a regular basis.

After three months of not knowing what her payments were and another four months struggling alone to manage the debt, Janet sought financial counselling through The Salvation Army’s Moneycare service.

“I met Tracie because I had to see a financial counsellor and she worked for The Salvation Army … God bless her … she was the one that helped me,” says Janet.

At this point, Janet’s debt had snowballed to over $26,000 – significantly more money than the value of the goods combined.

After sitting down with Janet and listening to her story, Tracie was able to identify serious issues. She advocated to the company on Janet’s behalf and obtained copies of all the contracts, amount owing, amount paid and the length of the contracts. After investigating and escalating the issue to Internal Disputes it was identified that ‘maladministration’ had taken place as no confirmation of Janet’s place of residence was determined nor how much she was paying in rent, let alone other essential expenses.

Janet says it was a relief to have had someone like Tracie in her corner. “That lady is a princess. She really knew how to talk to them and she knew what they were doing was wrong. I was over the moon thinking ‘wow, there is somebody here that realises and recognises the issues that I’ve been having and am having with these people’.”

This is the first time Janet has ever been in a situation like this and wants other people – particularly those on low incomes – to be aware of the dangers of these rental arrangements, which can leave families in very serious debt.

After further advocacy, Tracie was able to negotiate for the full debt to be waived in a gesture of ‘goodwill’ and Janet was able to retain most of the items.

“Without the help of Tracie, I would never be in the situation I’m in now,” says Janet. “I would be still struggling and depressed, my illness, taking seizures and be very sick. Everything is back to normal where I’m able to budget and survive fortnight to fortnight – and open my front door and know that I’m not going to be having this big man standing there demanding my key card.”

She advises people stressed over debt not to struggle alone but to reach out to a financial counsellor for support – “they’re there to help you, they’re trained in the area of being able to help you.”