You are here: Home › About Us › News & Stories › Stories › Support Remains On Standby Across Victoria

Support remains on standby across Victoria After torrential winds and flooding caused mass outages and evacuation across Victoria, Salvos across the state have stepped up to support their communities.

“We were able to help people with immediate material needs and payments until their government support comes through, so we were able to step in the gap which in fantastic,” said Rob Champion, Salvation Army Emergency & Disaster Management Specialist for Victoria.

In Rowville, the SAES are feeding 50 people displaced from a Caravan Park in the Yarra Ranges. Residents will stay at a local hotel until it is safe to return home, and the SAES will provide meals until Monday.

The SAES continue to work with local councils and organisations across the state, battling road closures and electricity outages to meet people where the need is greatest. This also includes calls to remove fallen trees from properties and providing heating for the elderly.

“We have remote referrals from misplaced persons, trees on homes, and we do some advocacy and place people in motels ourselves,” says Rob.

Connecting locals on the Bass Coast

With 156,000 Victorians still without power, the Salvos in Leongatha are working with their local councils to set up a power charging station. The SAES also arrived this morning to support residents. At this stage, only 10 per cent of residents have electricity, with elderly residents being the most vulnerable.

The SAES was called out to Traralgon, Rowville and Trentham on Thursday night to provide food, bedding and financial assistance to residents. They also arrived in Wonthaggi this morning to support the work of The Salvation Army as the town waits for power to return.

“Our primary issue here is no power, so I headed out to the council’s emergency charging station. They had no tea and coffee, so what does a good Salvo do? Go and get tea and coffee!” says Captain Amy Jones, whose young family spent the last 24 hours without power.

“The council contacted me to provide a listening ear and support. We need everyone with power. It’s hard to get word out to the elderly about what services are available, given that it’s not only electricity that’s down, but services too.”

Captain Amanda Hart also experienced loss of electricity in Leongatha but says about 90 per cent of residents have power back now. Her community’s focus is now on providing food relief to locals and The Salvation Army are coordinating an outpost in the middle of The South Gippsland Shire after they received a mass donation from Woolworths.

“Our staff are working from home as much as we can and our homeless and family violence case workers are doing what they can. It’s difficult getting people into accommodation given the power outage,” says Amanda. “We have still been working as best we can to continue supporting people in need.”

People across East Gippsland have felt the brunt of flooding following harsh winds and rain, and The Salvation Army Morwell have been actively providing warm meals to locals. They received a helping hand when volunteers from the Siri Guru Nanak Darbar Sikh community in Officer prepared 350 meals for displaced locals. Volunteer Sunny Duggal was happy to lend a hand after already making more than 800 meals for various organisations during Victoria’s fourth lockdown. 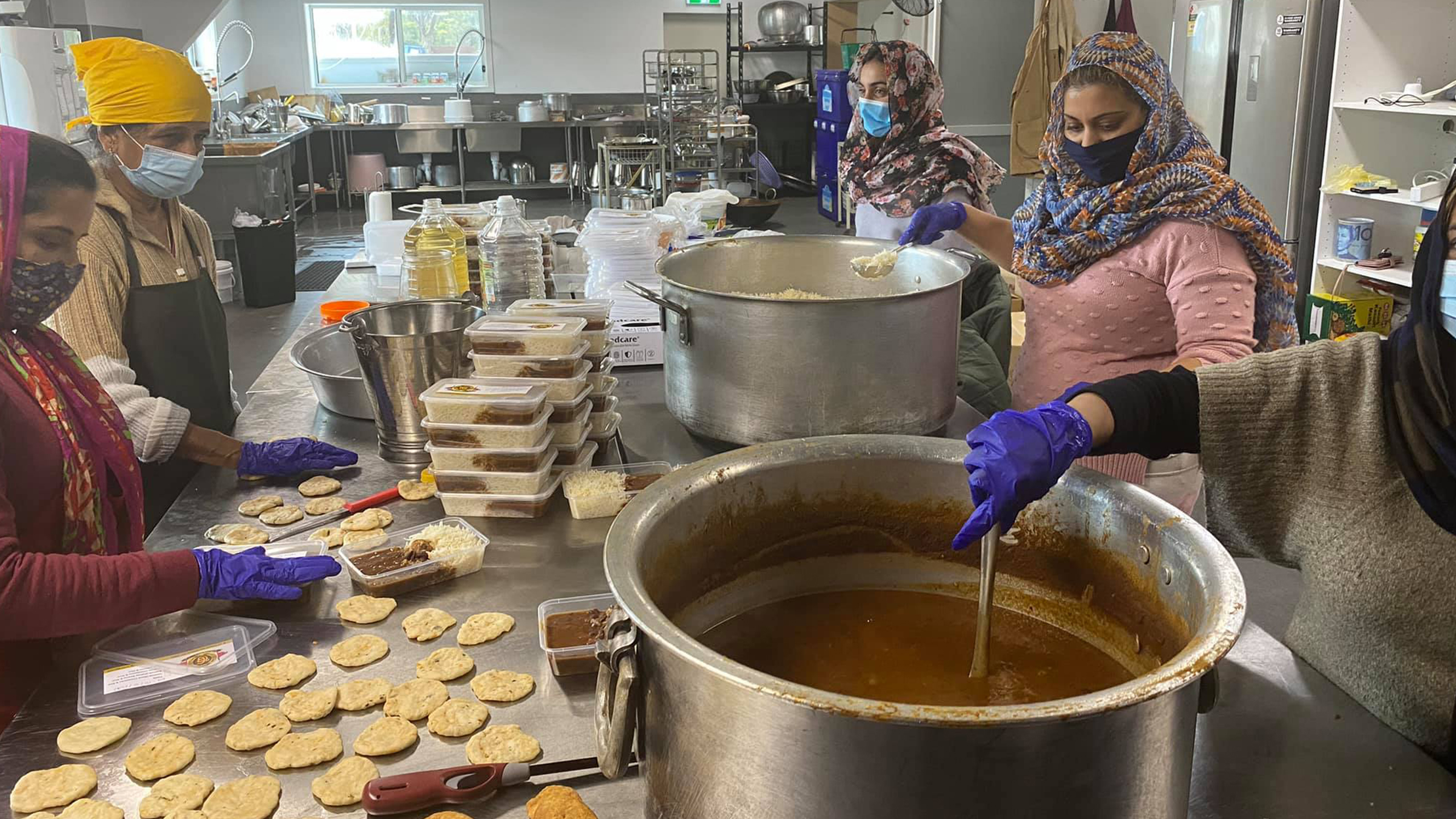 “We received the call where people are impacted by COVID-19 on top of this disastrous news of flooding and [heard that] The Salvation Army Morwell will be glad to take a few hot meals and dry groceries," says Sunny. "We usually do 150 meals for regular distribution, [and] ended up doing another 200 meals, jumped in the vehicle and [drove] 100km straight to Morwell!”

While the Salvos have begun recovery in many areas across Victoria, the SAES remain on standby in Gippsland. No matter what, they will be there to give help where it is needed most.