Find out more
You are here: Home › About Us › News & Stories › Stories › Shylas Story

From homelessness to hope 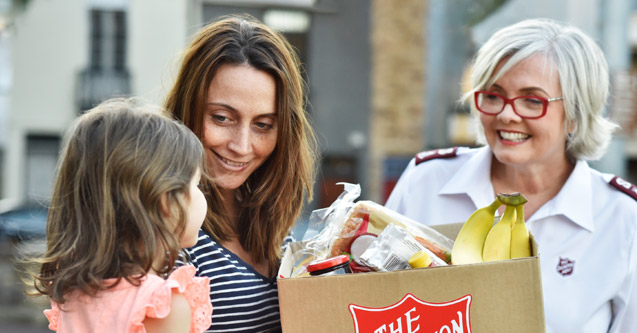 When Shyla was a child, violence and abuse destroyed her family and left them homeless. When she became a mother, Shyla vowed to protect her children from such danger, but history tragically repeated itself. Here she shares her story...

I remember nights where I would lay in bed and just wait until I heard the fighting stop because I was so scared.

My brother and I were exposed to horrible things. Soon it became my problem to worry about how we would eat that day.

I was only five, but I’d have to call the police. Again.

I remember sitting in a police station late at night as mum asked for help. We’d run away, and I knew we’d lost everything – all my toys, my favourite blue dress, my frilly socks… but I also knew not to cry, or ask for anything, because that would make it worse for mum.

We ended up at The Salvation Army.

I don’t remember much about our time at the shelter. I do remember a playroom. There were toys and paints and even dress-ups. There were other kids to play with. And there were women my mother could laugh with.

The Salvos even gave me a teddy bear, which I still have. Every year after we left The Salvation Army shelter we would get baskets of gifts and food, and even mum would get gifts.

I vowed when I became a mum I would never put my children through what I went through as a child… so you can imagine my pain and guilt when 20 years later I became that mum sitting at the police station with my two babies – homeless, and afraid for my children and myself.

I turned to the Salvos again.

They took me into a crisis refuge, and the first thing they did for my two children was give them each a teddy bear. Words cannot describe how that felt.

At Christmas, something as simple as giving a hamper to a family or a couple of toys is huge. To a family that has nothing, kindness is everything.

The Salvation Army gave me support, shelter, then beds and clothes and all I needed to start again.

I enrolled at university and worked extremely hard, and am now building a new life as a support worker for people with mental illness.

I will always be so grateful to The Salvation Army for what they have helped me achieve.

When I was getting back on my feet, I received a hamper from the Salvos… but by that time I no longer needed it. I donated it to another young woman who had just had a baby, and was struggling.