You are here: Home › About Us › News & Stories › Stories › Providing Light In Droughts Darkness 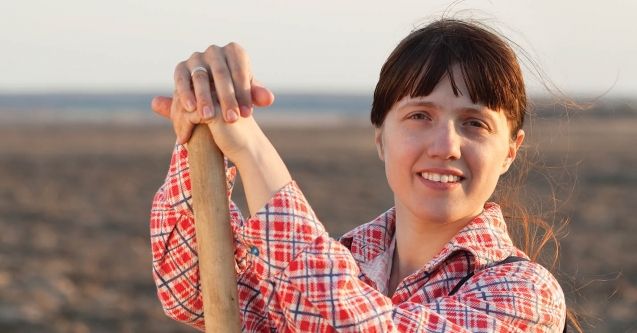 Emily, a mother of three young children, had a life-changing encounter with The Salvation Army in a small country town during Christmas 2014.

With a husband battling depression, a child in a full-body cast, and the family living in an area of NSW experiencing a crippling drought, The Salvation Army brought light into a gloomy situation.

“We live in one of the worst drought-affected areas of NSW, in a little town with a population of 150 and it is farm-based. My partner is a contract farmer like many others in the town, so we are dependent on the land,” Emily said.

“This town has lost farmers to suicide, to truck accidents, a few children have died. And then we came out of a seven-year drought, had two good years and then entered the worst drought in history in this area. I didn’t feel like there was much to look forward to. I felt hopeless, because there was physically nothing we could do to change the situation. I felt useless not knowing when the next pay cheque was coming in; or if another pay cheque was coming in.”

Your donation to our Friends for Farmers Appeal can bring care and hope to a farm family doing it tough. Donate now.

Having little work on the farms due to the drought, Emily was forced to sell their combine harvester as she was no longer able to pay the loan. Not knowing where their next job would come from, or how to provide for their children, Christmas seemed a very daunting time.

The Salvation Army had organised a Christmas party for the town, with Santa Clause for the children, a big barbecue, Christmas carols and a present to give to each child. Along with this, The Salvation Army gave people struggling like Emily an IGA card to go towards groceries for the family for the Christmas period.

“Christmas can be the worst time because there is so much pressure. And that night it got the whole town together, it gave everyone an excuse to go into town and be together. We could watch the kids get a toy each,” Emily said. “We couldn't otherwise have done this because there is no way we could afford to do it. The Salvation Army put on the most amazing food, singing songs and it was just a nice Christmas for the kids, a real turning point. It was something positive in such a bad, negative, depressing time. It was just a bit of hope.”

This Christmas drive was the turning point Emily and her family needed. With their spirits higher, rain began to fall, work started coming in and life started to look better.

“When you give money to The Salvation Army it is going to help hard-working people like us, who are fighting for their survival,” Emily said. “The Salvos are there when you need them. They are like your good friend, there to talk to, there to help you. They are generous and know what you need when you need it. What they did for the community, that Christmas, it was just what our area needed.”

By getting the town together at Christmas, The Salvation Army brought hope into a dry, depressing time. They got the whole community together, supporting each other.

“I have always supported the Salvos, but I never thought I would be someone that needed them. What they do for the rural community is just priceless,” Emily said. “Just knowing there is someone there, it has really made the world of difference. It was just what this town needed!” Emily said.