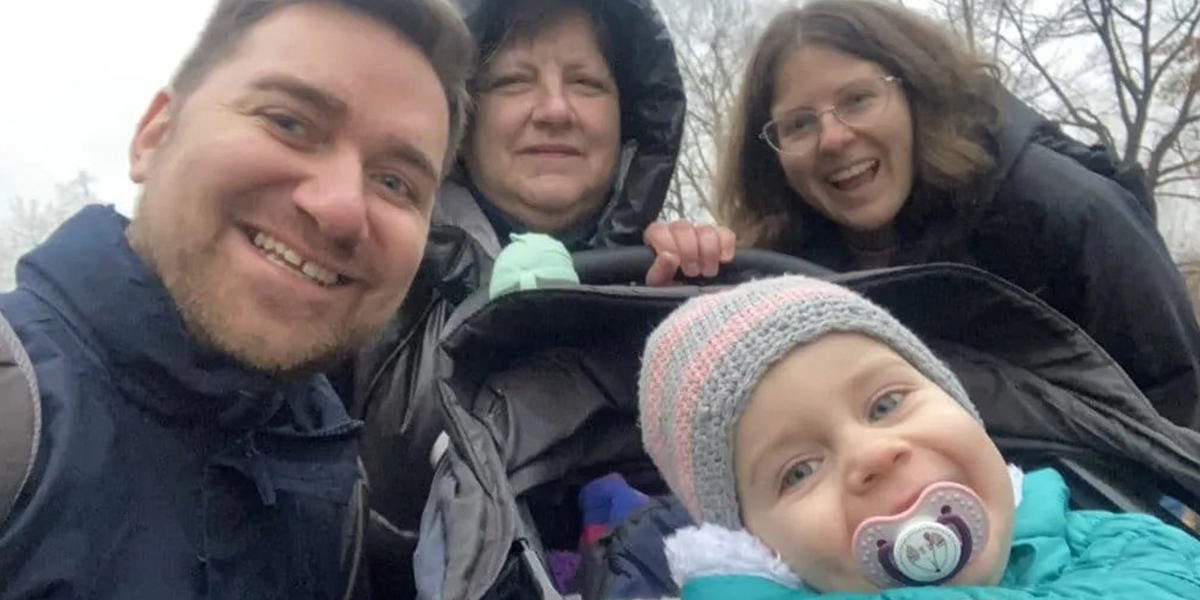 While many people prepare to honour their mothers this Mother’s Day, Salvos around the world continue to support families in crisis.

With the Russian invasion of Ukraine displacing millions in the country, families have been torn apart – fleeing mothers are separated at the border from their sons, who remain to defend their homes and cities.

Salvation Army volunteer, Irina was one of the many who was forced to flee the conflict in Ukraine.

“As the bombs fell on Kharkiv, I spent several days in a bomb shelter next to my apartment building, which was destroyed. Approximately 40 people shared the shelter, mostly children and the elderly. During explosions, we covered children with mattresses and sometimes our own bodies. We were often without food,” says Irina.

“My husband, sister and I were able to escape in my stepson’s car, despite the bombing, proximity of Russian troops and huge traffic jams because of fleeing Ukrainians.

“As we left Kharkiv, we saw Ukrainian troops everywhere. I was so shocked it was hard to concentrate. Once we were outside the city, the sounds of war finally stopped. The Salvos in the town of Dnipro where my son Oleg was once a Salvation Army officer (pastor), helped us along the way. My husband had to stay in Ukraine.”

When Irina was reunited with her son Oleg at the border, she says she was crying and shaking. Oleg, now a Salvation Army officer in Warsaw, Poland has been working to support Ukrainian refugees and others displaced due to the conflict, and is hearing many harrowing stories of escape and trauma.

“I hear about wives who have to say goodbye to their husbands at the border, a bomb that hits an orphanage, a woman who sees her husband and child killed, a grandmother fleeing her homeland in a dressing gown. There are lots of tears,” says Oleg.

“We are trying to show refugees that there is still hope in all of this. For so many, we help wipe their tears, work through their shock, and assure them of hope for the future. It’s not just about food and clothes, it’s about hope and community.”

Despite her own traumatic experience of the war, fears for the future of her country, and being separated from loved ones back home, Irina has picked up where she left off, reprising her role as a volunteer with The Salvation Army alongside her son.

Salvos teams in countries bordering Ukraine are providing food, clothing, assistance with accommodation and onward travel, temporary resettlement, documentation, medical aid, and anti-human trafficking awareness. In addition, Salvos workers are there to listen, comfort, and spiritually support those distressed and traumatised by what they have been through.

The Salvos are also assisting people from Afghanistan, Iraq, and Nigeria who were living in Ukraine and are fleeing to safety.

As Irina and Oleg work alongside others to support the vulnerable and displaced while the conflict continues, our prayers are with them and the countless more mothers, grandmothers, caregivers and families caught up in conflict and crisis, fighting day-after-day to survive and protect their loved ones.

This story was originally published in Salvos Magazine.