You are here: Home › About Us › News & Stories › Stories › Clean Up Continues In Lismore

Clean up continues in Lismore 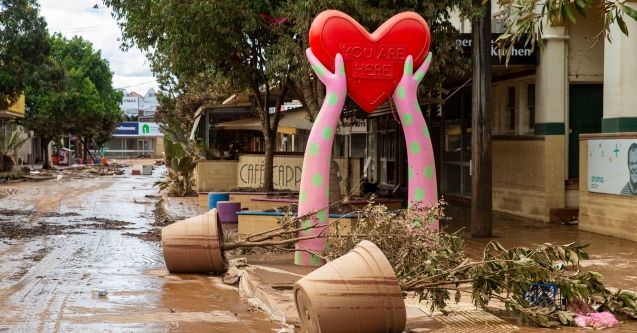 The Queensland and New South Wales flood disaster has inundated numerous towns as it moved down the coast. One of the hardest hit has been the northern NSW town of Lismore, where homes and businesses have, in many cases, been almost entirely submerged in the floodwaters.

As the clean up continues, The Salvation Army Emergency Services (SAES) and local corps have been supporting first responders and evacuees with meals and refreshments at the evacuation centre where Salvo, Phil Sutcliffe from Lismore Corps has been supporting efforts on the ground.

“Here at our evacuation centres, we’ve got fresh crews of our Emergency Services personnel, which are bringing some fresh blood and fresh legs into our centres and just helping to free us up to do some of the other work that The Salvation Army does in the community on a daily basis,” says Phil.

To add to the complexity of assisting community members during a natural disaster, Phil says COVID-19 has also “reared its head again” in the evacuation centre.

The impact from these floods on the lives of Lismore residents has been immense, with homes and businesses completely washed out, leaving nothing but debris and mud behind. As emergency response moves into recovery, The Salvation Army in Lismore, and other flood affected towns, will play an important role in assisting community members access the support they need.

Once a hub for connection, donations of goods and bargain hunting, The Salvation Army’s Family Store in Lismore’s CBD suffered the same fate as neighbouring businesses as around five metres of water flooded the store. When he was able, Phil took time out to survey the damage and witnessed mountains of rubbish that was once people’s livelihoods.

“All the rubbish and everything is out now. The guys are working hard to obviously take down all the damaged walls, rip up all the carpet but going in there today and sort of seeing the state that it is in ... it was almost back to a bare store now,” says Phil. “We’re still waiting on electricity to be reconnected and all those things, but all around town there’s hundreds and hundreds of essential energy crews working on transformers. Obviously with every transformer in town going underwater, the logistics of trying to get power back on is huge.”

You can watch Phil’s video below.