You are here: Home › About Us › News & Stories › Stories › Breaking The Cycle Of Addiction

Breaking the cycle of addiction 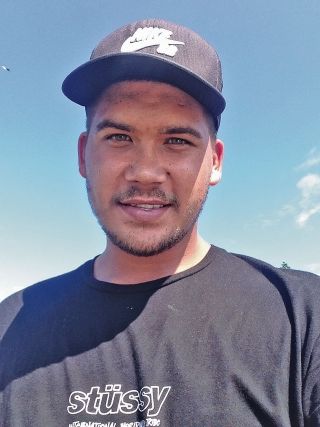 Tieryn is a keen sportsman, and is studying to help troubled youth. He is a happily married new father – full of hope for his future. But it’s been a hard road for Tieryn to get here. He believes that without the Salvos, he could be another statistic – a young male, angry, lost and in prison, or worse.

Addicted to drugs and alcohol since he was just 11 years old, Tieryn says “There was a lot of really traumatic stuff that happened to me as a child. Growing up drug use and drinking was normal. Everyone else around me was doing it to hide their pain and so I thought that’s what you had to do.”

Tieryn’s addiction led him to the drug ice, and things just got worse. His education suffered, he lost a potential professional football career, got into trouble with law, and he lost his relationship with partner Anita.

Tieryn embraced recovery, and today at 23 years of age, he and Anita are happily married new parents. “We’ve given the future a lot of thought and prayer and have both started a Certificate 4 in Community Services. We want to go back to our hometown and help others affected by drugs and alcohol,” says Tieryn.

Click here for more stories from On the Street 2019.