You are here: Home › About Us › News & Stories › Publications & Resources › Life After The Oasis

Life After The Oasis 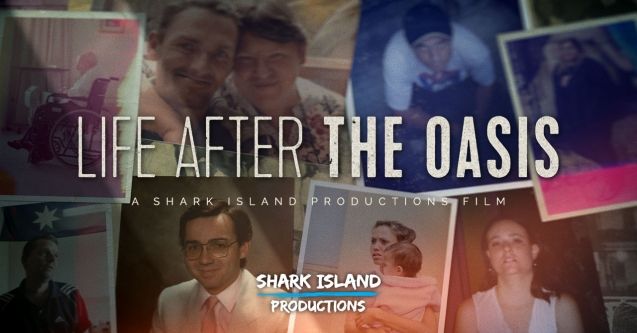 SUNDAY 10 NOVEMBER 2019 sees the network premiere of LIFE AFTER THE OASIS, the follow up to 2008's THE OASIS documentary, set in The Salvation Army's Oasis Youth Support Network in Surry Hills, Sydney.

The documentary screens at 10.30pm on SBS and following on SBS On-Demand.

Ten years after THE OASIS (2008) documentary, we revisit participants in LIFE AFTER THE OASIS (2019). With remarkable capacity for self-reflection, these young adults muse over the trauma of the past, and how, against the odds, they salvaged themselves.

Chris didn’t want to be a bank robber like his dad. Emma believed she could build a better future. Owen doggedly pursued a music career. Darren emerged from acute mental illness. Haley retained her ambition. And the lives of Majors Paul and Robbin Moulds’ their mentors, took a different path.

Implicit within the stories are the failures of society and government to protect and support our society’s most vulnerable. But while Life After The Oasis exposes a decade of government inaction on homelessness, its emotional heart is the personal stories, not the troubling statistics.

Whether it be participating in a workshop, attending a presentation, volunteering your time, or fundraising, students will gain a greater understanding of the issues facing thousands of Australians every day.