Find out more
You are here: Home › About Us › News & Stories › Disasters Other Appeals › Salvos Step Up Bushfire Relief Efforts 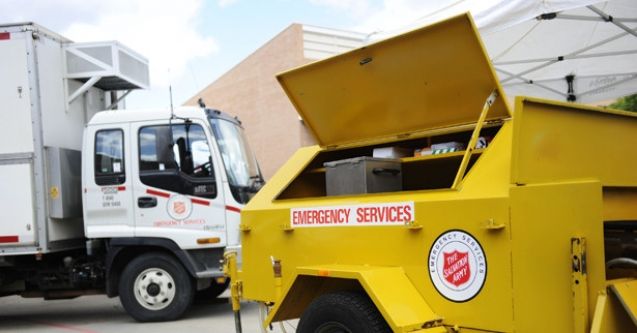 Salvation Army Emergency Services (SAES) teams and additional volunteers are supporting fire crews and police, as well as those people affected, as the bushfire crisis continues in NSW and Queensland.

Noel Freshwater, 70, is among those who have been forced to flee their home. Noel was evacuated on Saturday from his property at Bellbrook, 72km north-east of Kempsey on the Mid North Coast of NSW. He was taken to the evacuation centre at Kempsey, where SAES teams were catering.

“We drove down the road with fires burning on both sides, hectares of land and properties just burnt out, trees falling and thick smoke billowing,” Noel (pictured) said of the drive to safety, his voice breaking with emotion. “It was very scary, terrifying, like a holocaust, and I just didn’t know how we would get through.

“I had my dog, but had to leave my horses behind. Someone was going to try to get water to them but I don’t know how they are.

“There was no mobile [phone] coverage, so unless people were listening to the radio, not everyone around would’ve known to evacuate. I haven’t heard how they are either. 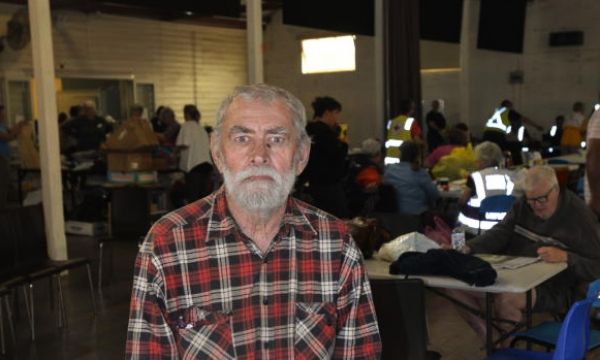 Noel is feeling "much better" after being helped by the Salvos.

“I got to the evacuation centre in just the clothes I had on. I was able to have a shower, was fed, given some clothes, and had people supporting me, listening to me, spending time with me.

“The Salvation Army are just wonderful people; angels. I feel okay now. There are a lot of people in the same boat here, and we are all supporting each other.

“But at the evacuation centre we are just so relieved to be safe and feeling supported. I hope people support The Salvation Army and other charities because they are doing a brilliant job.” 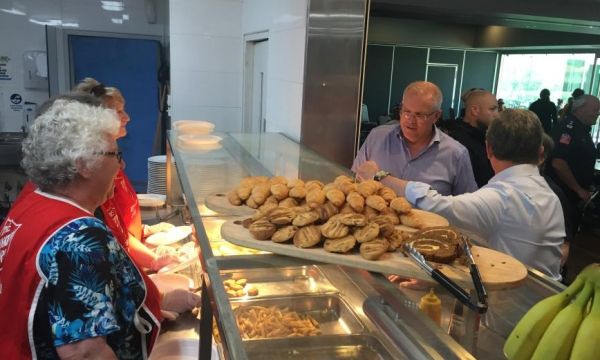 Further south, at the evacuation centre at Taree, Salvation Army personnel were among those to get a visit from Prime Minister Scott Morrison and NSW Premier Gladys Berejiklian. Both spent time speaking to bushfire victims and also to Salvos at the centre.

Salvationist Rach Mills also had an unwanted first-hand experience of the ferocity and unpredictability of the bushfire crisis, while driving from Sydney to visit family in Brisbane.

“I took a wrong turn and, with my kids in the car, we were stranded on the side of the road amidst thick smoke, with the fires close by,” said Rach, who will begin Salvation Army officer training next year.

“We prayed and a couple with a four-wheel drive came along, stopped and helped us drive to safety.

“Eventually, after more than 1000km of driving, through three roadblocks, five bushfires, three dirt roads, one wild rescue, an evacuation centre and an overwhelming amount of prayers and thoughts for us, we have safely made it to Queensland.”

In the central north of Queensland, a blaze at Adelaide Park, north-west of Yeppoon, reached emergency levels over the weekend. An evacuation centre was opened on Saturday night, with the Rockhampton SAES team activated to provide dinner that night, and meals on Sunday. 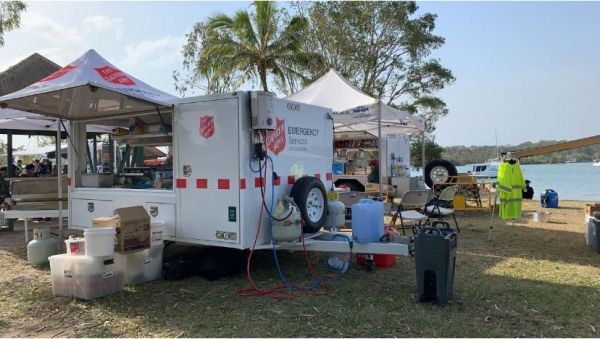 “Everyone is caring for each other and the community is really coming together,” said Major Peter Sutcliffe, Area Officer, Central Queensland.

“Around 6000 hectares has been lost so far to the blaze, properties have been burnt and structures destroyed. We are on watch and alert to see what develops and will respond as needed.”

In Boonah, 100km south-west of Brisbane, the Kalbar, Gold Coast and some of the Toowoomba SAES teams catered for the staging area of the Queensland Fire and Emergency Services personnel. The Inala (Brisbane) team was providing relief and additional support on Monday.

“We have also received some really positive reports of all the SAES teams in Noosa are doing to cater for the Queensland Police there, which is great,” said Adam Cole, Salvation Army State Coordinator – Queensland, Strategic Emergency and Disaster Management. 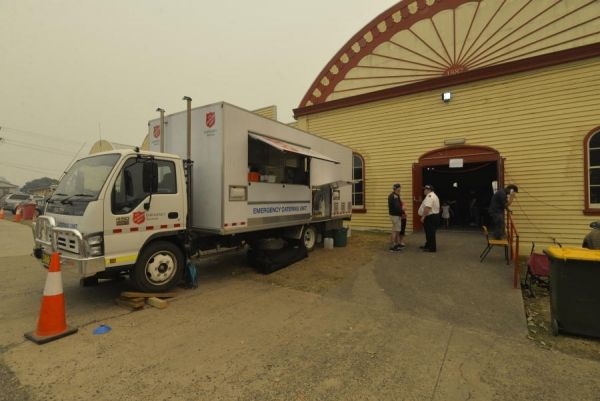 SAES crews were serving at evacuation sites at multiple locations.

“We thank everyone for their support. This week will be a challenge and an opportunity.”

On the other side of the country, SAES volunteers were catering for firefighters at a bushfire in Gnangara, 30km north-east of Perth, Western Australia. The threat from that fire has eased, however authorities have warned that the situation is expected to deteriorate throughout the state as the week progresses.

The Salvation Army has launched a disaster appeal to support communities affected by the devastating bushfires in NSW and Queensland. You can support the appeal by donating below.