RSDS Chief Commissioner Major Brett Gallagher, along with approximately 40 other civilians from Defence support organisations, witnessed the physical and mental rigours of an Army exercise first hand at Shoalwater Bay on 21 October 2017. This was designed to help  the participants better understand the soldiers they support in their day-to-day employment.

Brett and the others watched as 8/9 RAR soldiers assaulted a position well-defended by 6 RAR troops who were role-playing enemy forces, toured the Brigade Maintenance Area where the logistic and health assets are based and were involved in an ambush scenario where their convoy ‘hit’ an IED and sustained a casualty who needed evacuation.

Other participants included staff from the Department of Veterans Affairs, RSL Queensland, Gallipoli Medical Research Foundation, charities like Mates-for-Mates and Sporting Wheelies as well as representatives from Queensland Police and the Rural Fire Service. 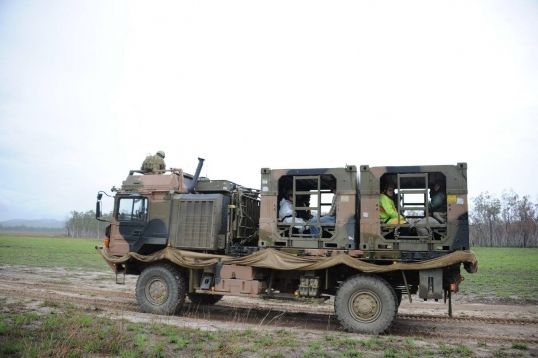