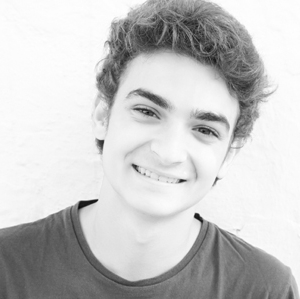 I left home when I was really young. My father was violent and aggressive and I figured I would be better off outta there. Some older guys I met out on the street took me in and allowed me to sleep on their couch, but part of my acceptance involved sourcing and doing drugs.

I became an addict. It was a release from the pain.

One day I woke up in hospital and was told I had experienced a drug induced psychotic breakdown. I have no memory of this or what happened during this time. I was scared and realised how truly alone I was.

For months I moved between my friends’ homes and youth refuges.

I had no family and no one to help me; nobody except Oasis. They helped me into rehab and later, resume my studies. I know it is not going to be easy, but I want a future for myself and this is just the first step.