Find out more
You are here: Home › Locations › Victoria › Salvation Army Housing › Our Board 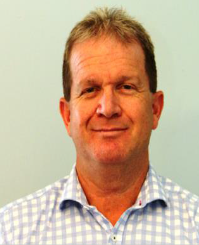 Mark Gray has 25 years plus experience in business and tax advisory area of public practice. Mark is also a Financial Planner with 15 years’ experience in the financial services industry providing advice and wealth accumulation solutions to a varying group of business and individual clients.

Mark served as chair of the local South Australian Salvos Housing board prior to the board progressing to a national consolidation.

Mark also served as a director on a group of companies in the NT with a combined turnover of $30million for 8 years. This provided a wealth of experience in all aspects of business development and planning.

Mark has recently retired as a key leader in Adelaide Congress Hall Corps of The Salvation Army church in the City of Adelaide and held this leadership position for over 15 years. He still attends this Corps today. Kelvin was commissioned as a Salvation Army Officer in 1983.  During his time as an Officer Kelvin has served in a variety of locations including Morwell, Floreat, Northern Territory Region and Australian Southern Territory Headquarters.  Highlights from this time are the commencement of a new congregation through the use of telemarketing at Floreat, supervising the commencement of The Salvation Army in Kununurra, the establishment of the Towards Independence Supported Accommodation programmes in Darwin and Alice springs and reopening the Alice Springs Men’s Hostel.

Kelvin has held a number of roles including Territorial Corps Programme Secretary and inaugural Director of the Growing Healthy Corps Network, Divisional Leader – Mission Resources and Secretary for Personnel.

On the 1st August, 2017 Kelvin became part of the Australia One National Committee (bringing together the two Territories of The Salvation Army into one entity), with responsibility as the National Secretary for Personnel.

As of the 1st February, 2020, Kelvin assumed responsibility as the Assistant Chief Secretary, Australia. Professor Roz Hansen has more than 30 years’ experience as an urban and regional planner working in both the public and private sectors in Australia and the Asia Pacific Region.  Roz has worked on a wide range of planning and development sector projects including residential, commercial, community and mixed use development projects; strategic plans, structure plans and policy formulation; and planning permit applications for small, medium and large scale developments. In addition to project managing multi-disciplinary teams Roz has undertaken community engagement and participation in the preparation of municipal and regional strategies.

She is currently chairperson of the Ministerial Advisory Committee for the State Government’s ‘Plan Melbourne Refresh’ project and recently appointed as a board member of the newly formed Geelong Authority. Robert is an engineer by background and has been active in the property industry for over 30 years most recently as General Manager of Frasers Property Australia (formally Australand).

Over his career, Robert has always had a keen interest in the development of all housing types and in particular, a focus on housing affordability. His experience extends from the development of land subdivisions through to medium density housing and apartments.

Over his time with the company, Robert steered it into the social and affordable housing space with the redevelopment of two significant Victorian government housing estates.

Robert believes that “housing for all – rich and poor” is not only a fundamental human need but it is also in the long-term interest of the economy as it will reduce social service costs consequently he believes that social and affordable Housing is economic Infrastructure.

Jeff originally trained as a Chartered Accountant, and he spent most of his career as an executive in the health and welfare sectors.  Prior to joining The Salvation Army in January, 2018, Jeff spent 20 years with Baptcare Victoria and Tasmania, almost 10 years of which was as its CEO.

Jeff believes The Salvation Army’s provision of social housing is part of it being the heart and hands of God.

Jeff recently resigned as an inaugural director of Sport & Life Training Ltd, a health promotion charity that seeks to build psychological resilience among athletes and promote healthy attitudes to drug and alcohol use, gambling and the treatment of women in sporting clubs. 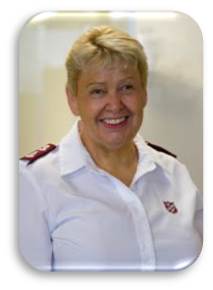 I have been a Salvation Army officer for 30 years, serving all of my officership in a range of social and community services and leadership positions across the AUS Southern. My previous roles have been in the governance and management of social programs for Victoria. My current role is as National Head of Social Mission, which gives me operational management for social services on behalf of The Salvation Army.

My main areas of expertise are in the Family Violence and Homelessness areas. Family Violence has been a passion of mine for many years. It is without doubt the greatest scourge women face and a real challenge for the wider community to take responsibility.

I am currently the President of the Australian Women’s Coalition, a national organization that advocates and promotes the status of women. I am also a board member of the Yarra Institute for Religion – Social Policy Connections. My Myers-Briggs, for anyone who takes that stuff seriously, is INFP – which means I have some great ideas, but no idea how to implement them; care passionately about social justice and don’t give a flying fig for forms. Having said that, I can be relied upon to follow process and get the job done.

Personally, I am passionate about women’s issues, politics and history, cricket, football (Go Swans) and books. When I’m not working, (an increasingly rare phenomenon) I read, libraries are hallowed spaces, swim, drink way too much coffee and watch re-runs of the West Wing to keep my faith in human nature in tact.