You helped villagers rebuild after the earthquake 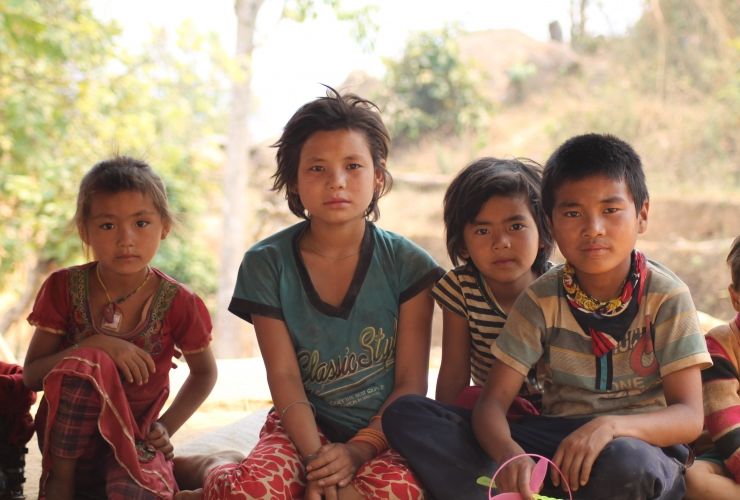 Your gifts have seen temporary shelters, safe water and grants for permanent homes given  to  55 families who lost nearly everything in 2015.

The villagers of rural Nepal to the west of Kathmandu are made up of little groups of households. The terrain is often too steep for roads. Instead many are linked by footpaths, some flanked by eye-wateringly sheer drops. So as you can imagine, the April 2015 earthquake cut off a lot of these communities from the outside world.

In the weeks that followed the earthquake, The Salvation Army Emergency Services team met a young man named Dinesh. Nearly all the houses and crops where he lived had been destroyed. Some villagers were killed. Subsequent flooding had left them with few options for where to rebuild.

The decision was made with the community elders to relocate their entire village to a plot of land near another larger village. The walk there took three days - another hurdle in a difficult journey to recovery.

But with your help, The Salvation Army has been able to assist Dinesh and his community to start rebuilding their lives. Fifty-five families have received guidance and materials for creating temporary shelters to keep out the bitter weather.

They have also been provided with grants for permanent housing using materials and designs more likely to withstand future quakes. A safe water supply was secured. This is helping the villagers start to cultivate their own crops and look for work - essential to them becoming self-sustaining.

"Coffee and tomatoes were already being sown. One entrepreneur has started selling noodles to other communities in the area. Dinesh proudly told me of their plans to start a bee-keeping venture, sell traditional crafts and diversify their crops."

"It was inspiring to see how one community were looking ahead with such hope after their lives were so torn apart."

Your ongoing generosity will help us support Dinesh's village to continue rebuilding and becoming sustainable.

This is wonderful for all the villagers. But it is most important for the children, whose entire future relies on the livelihoods of their family and their community.