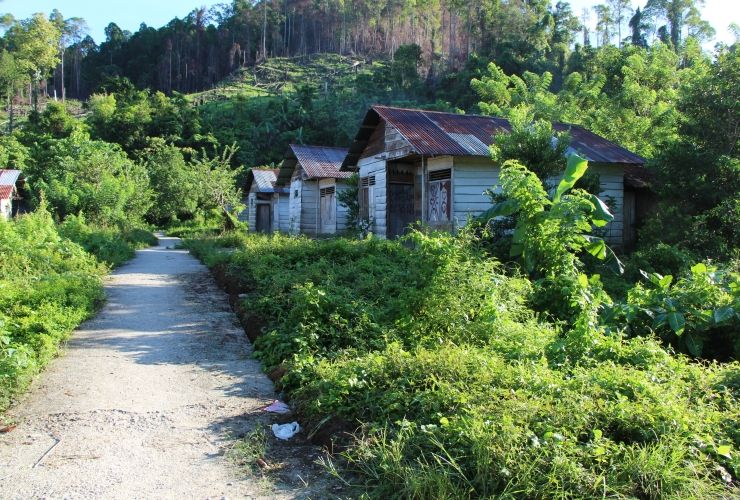 This project supported two villages on Buru, a remote island in East Indonesia. Due to the difficulty in getting to a clean water source, the community sourced their water from the river. Diarrhoea was common in the community because they used the same water for many purposes; washing clothes, bathing, toilets and drinking.

The people did not have access to health services or knowledge on how to reduce disease in the community.

This project has provided a safe source of drinking water and adequate sanitation facilities for both communities. In addition, it has provided health education on proper sanitation and hygiene to all families.

So far, they have been taught about malaria, tuberculosis, diarrhoea, reproduction and family planning.

There have been many changes in behaviour since these health education classes have started. After learning about malaria, they have started to sleep with mosquito nets at night and are now clothing babies and children to protect them from mosquito bites during the day.

They also throw out stagnant water to avoid malaria mosquitoes breeding. With their new knowledge, community members have started to boil the water from the river before consumption, reducing dramatically the incidence of diarrhoea amongst children and adults.

Cornelius, has a wife and young baby. Already he has seen the benefits of health education in Buru. His wife attended the classes on malaria. Now that the community has the knowledge about this disease, he is hoping it will be reduced.

Also learning about reproductive health, he and his wife have learnt the benefit of giving space in between  pregnancies.

He is currently assisting to build the sanitation blocks for the community.

This project was funded by the geneority of our supporters and The Australian Government in 2013.