London, 5 October 2016/IHQ/ – THE Salvation Army in Haiti is assessing the damage caused by Hurricane Matthew and putting in place plans to help some of the thousands of people who have been forced from their homes. Winds of 145 miles per hour – accompanied by heavy rain and storm surges – have brought devastation across much of the country.

Major John Eddy Bundu, Projects Officer for The Salvation Army's Haiti Division, reports that the south and south-east of Haiti have been particularly badly hit. In Fonds-des-Negres, a Salvation Army school is among several buildings to have lost their roofs. The local corps (church) was damaged by a falling tree and the area has suffered significant flooding, with the mayor asking for food support.

In Aquin, in the south, a Salvation Army school which was sheltering people whose homes were at risk also lost its roof to the wind. The people are now being evacuated to another safe place by the mayor, who has requested the Army's ongoing assistance. Bags of charcoal have been provided while more provisions are being sought.

In the coastal community of Saint-Marc, The Salvation Army is currently hosting about 100 people, and more are being cared for in La Fosse, where flooding has also forced people from their homes. 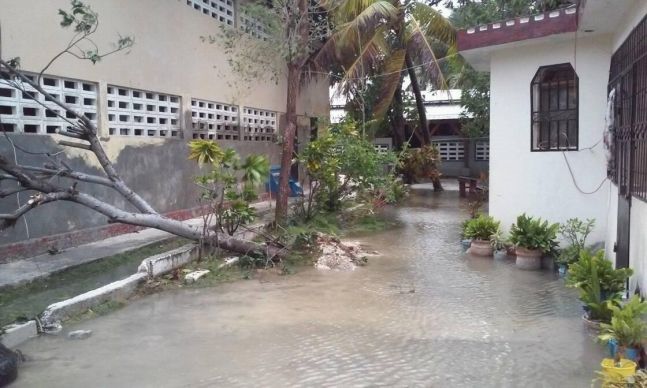 At present, only two people are known to have been killed in the disaster (although this number is likely to rise), but one of those was the uncle of divisional youth secretary Captain Jean Volant, who died when a large tree fell on his house in Petit-Goâve. Falling trees also caused damage to the officers' quarters in the town, though without causing injury.

Major Bundu says that the final situation is far from clear, with mobile and landline phone connections down across the south of the country. 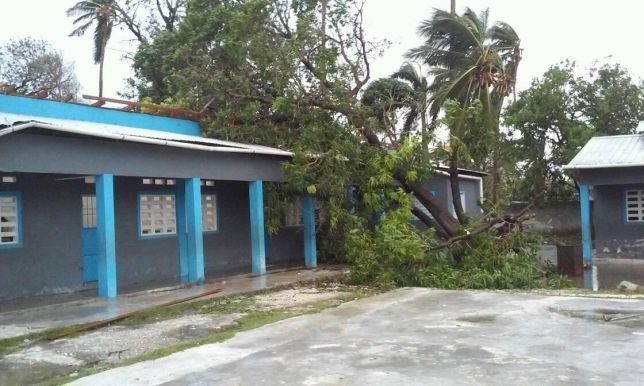 As a new day begins in Haiti, the true extent of the devastation will become clearer. For now, the greatest need is for funding to provide food and drink to people in temporary shelter. Salvation Army officers and staff are ready to provide the help that is most needed, with many feeling better able to cope after attending a disaster preparedness course with input by International Emergency Services only four weeks ago. Commissioner Gerrit Marseille (Territorial Commander, Caribbean Territory) says that the response will be more efficient because of the 'good work' done on the course.

Concluding his initial report, Major Bundu writes: 'Thanks so much for your prayer support and your care for the Haitian people and all that reside in Haiti.'

Donations can be made online through the IHQ secure server: Click Here