You are here: Home › Discover Our History › Our Corps Focus › Auburn Salvation Army Commenced as an outpost of the Parramatta Corps the Auburn Corps was opened on 6 September 1891 by pioneer officer Major William Hoskins. Under the command of Captain Quail and Lieutenant Taylor the corps met for the first three years in a shopfront in Edgar Street. Over the following years many different locations were used before land was purchased on the corner of Harrow Road and Mary Street where a new set of buildings were opened on 22 March 1918 by legendary World War 1 chaplain William McKenzie.

Strong music sections soon evolved and by 1913 the corps band was well established with a songster brigade commenced in 1923 under pioneer music leader Alfred Veal. Music sections continued to flourish over the years with a male voice party formed in 1929 and following World War 2 legendary Salvation Army musician, Max Percy took the leadership. During the 1950s a Home League singing company was also formed.

A timbrel brigade seems to have been functional in the earliest years; however in 1923 Captain Hubert Scotney commissioned Rene Gambrill as the leader. Over the following years the brigade flourished with Enid Walker serving a total of 27 years as leader.

Work among young people commenced with the opening of the corps in 1891 under Y.P. Sergeant Major Henry Mansell and has continued throughout the years with strong Y.P. sections which have included a strong primary company, a Y.P. band and Y.P. timbrel brigade. Catering for older young people a Corps Cadet Brigade was formed as early as 1923.

Young people's ministry was a significant part of corps life and following World War 1 a strong Life Saving scout group was established with Commandant Drylie inaugurating Scout Group 27 in 1923. In 1927 Life Saving Guards for girls was inaugurated under Mabel War, who was later to become an officer and have a significant contribution to the guarding movement right across the Australia Eastern Territory. The scouting and guarding movements were replaced in later years by the Legion movement for boys and girls. These were later replaced by the Sunbeam and Guarding movement for Girls. During the 1950s a girls' marching team became part of the youth program.

Around 1949 a Sunday school operated at the home of Brother and Sister Ryan in the West Auburn area and during the early 1950s land was purchased and a West Auburn outpost hall was officially opened on 22 September 1956.

An effective ministry to women included the Home League with the earliest recorded meeting being in 1932, during the Great Depression. During the 1950s an evening women's fellowship was also commenced.

Over later years the corps has developed a significant cross-cultural ministry under Captains Nesan and Cheryl Kistan and today houses one of the most multi-ethnic Salvation Army congregations in the territory. 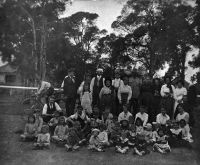 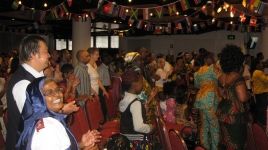 If you would like to see your Corps featured here, please contact us to find out how!