Find out more
You are here: Home › About Us › News & Stories › Disasters Other Appeals › Townsville Residents On The Road To Recovery

Townsville residents on the road to recovery

Last month, the North Queensland city of Townsville experienced a greater than “once in 500 years” event, as significant and prolonged monsoonal rains led to extensive flooding and loss of property in the city and surrounds.

Thousands of people were impacted. Recovery work and the rebuilding of houses, businesses and lives, will continue for the long haul.

Others magazine spoke to three women directly impacted by this event – two of them Salvationists and the third responding to positive memories of The Salvation Army in post-World War Two Europe.

Robyn Lewis – Proud to be a Salvo

Robyn Lewis, The Salvation Army Fundraising and Public Relations Manager for North Queensland, and her two boys, aged 13 and 16, had been without power and sewerage for six days, couldn’t leave their house for four days due to rising floodwaters and were feeling “a bit stressed and frayed”.

“We were just praying for everyone, and for the rain to stop,” said Robyn.

The Army [military] arrived on Tuesday 5 February to evacuate Robyn, her boys and other 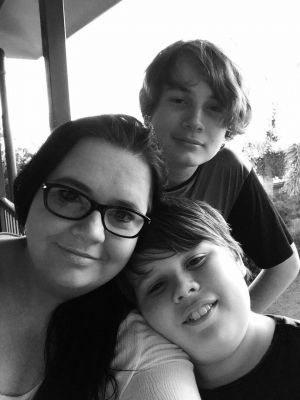 families in the street and surrounding neighbourhood – one of the worst affected in the city.

“It hit me when I saw the water flowing down my street as I stepped towards the Army truck, and one of the soldiers grabbed me to stop me from falling,” said Robyn. “I knew then how dangerous the situation was.”

They were taken to the YWAM evacuation centre in the city and waited for family to pick them up.

“It was sad that The Salvation Army wasn’t in this shelter,” said Robyn. “All I wanted was to see the shield, the uniform, and a Salvo. And I wasn’t the only one!

“It was strange to see a disaster from the other side, and not be the one helping. I’d had three days of no sleep, the sole responsibility of my children, no hot shower, little food and high anxiety. I was looking for that comfort, that person, who would just sit and make sure I was okay.”

Robyn shared that, through her experience, she learned how hard it was to ask for help and to say when she was not okay.

“I’ve had Salvos encouraging me, checking up on me, sending assistance and taking care of my needs. We really are part of a big family. It makes you proud to be a Salvo.

“There are a lot of people out there looking for connection and a community like ours and this is what disasters like this really highlight. We have the opportunity to respond, especially to those who have lost everything.”

Robyn lost most of her furniture, household items and personal belongings, but will be able to replace most of it.

“I am proud that The Salvation Army will be at the heart of the community as it recovers,” she said.

As the monsoonal rain continued to drench Townsville, Andja, her husband John and their daughter Simona knew they had to evacuate. The water surging down their street and rising into the houses would soon prevent them leaving if they didn’t go when they did. 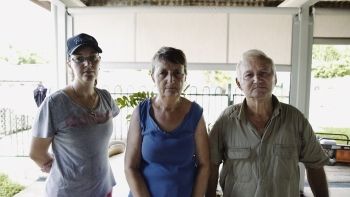 “Then I heard that The Salvation Army was running the kitchen at the Heatley School evacuation centre, and helping people there, and I knew that’s where I wanted to be.”

Andja was born in a small village near the town of Split, Croatia, in 1951. Her parents separated when she was very young, and she lived with her mother and sister.

“I remember The Salvation Army there – a kind man who invited families who didn’t have much to come to a building and choose all the clothing they needed, in different sizes.

“I was only seven, but I have never forgotten that kindness in a terrible time and how happy I felt to have clothes.”

Andja and her family spent a couple of days in the evacuation centre in Townsville, waiting for the rain to stop and the water to subside so they could return to their house and assess the damage.

“People here were giving me clothes and I was taken back to that time as a child,” she said. “It really hit me then, just what had happened, and I couldn’t stop crying.

“I just can’t thank The Salvation Army and the other agencies enough, for all they have done. We have been brought down by this flooding, but we will rise up and I think everyone will be okay.

“I really believe God has something to do with this. He has seen us all through so much and he will see us through this. We now have to help each other, and people are doing that.”

Andja, John and Simona have cleaned their property, thrown out piles of damaged furniture and personal items, and are slowly rebuilding their lives and helping others to do the same.

She tried as best she could to get her belongings up high to avoid the impending floodwaters, moving things onto her bed and onto tables and cupboards.

When she was told to evacuate, she called one of her sons, who had been estranged for many years and he said she could stay with him. 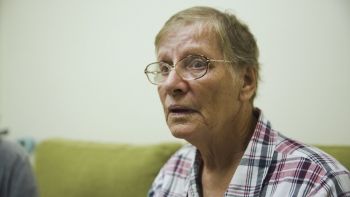 For five days, Josie barely slept. She had no idea how much damage there was to her unit. She was sleeping on a couch, in a home with nine other adults and three dogs.

“It was stressful, very stressful during that time with emotions,” she said. “I didn’t feel sorry for myself because I knew there were people worse off than me with children and the people in shelters [evacuation centres].”

When the floodwaters finally receded and she was allowed home, she discovered that her unit was unliveable. Up to eight inches of floodwater had been through the place, destroying the carpet, cupboards and other furniture. The floodwaters left behind a thick layer of mud, and the damp coupled with the North Queensland heat and humidity led to fast-growing mould.

“It’s heartbreaking,” Josie said. “Because I’ve got to move again. My life story hasn’t been good so far. I’m upset that I have to rebuild again.”

Despite the heartache, Josie feels completely supported by her corps family and has a Salvation Army Doorways worker, Robyn Howell, who will standing alongside her through her recovery.

Robyn said The Salvation Army was able to lend Josie and her family a trailer to move undamaged furniture out of her flooded unit, and would also be able to help with financial support and referrals for other assistance.

“Any assistance Josie needs, we can help with or I can give her referrals for support,” Robyn said “It’s just about giving the information and just supporting her to go through that journey and walking alongside her and boost her confidence.”