Find out more
You are here: Home › About Us › News & Stories › Disasters Other Appeals › Salvos Vow To Stand By Flooded Farmers 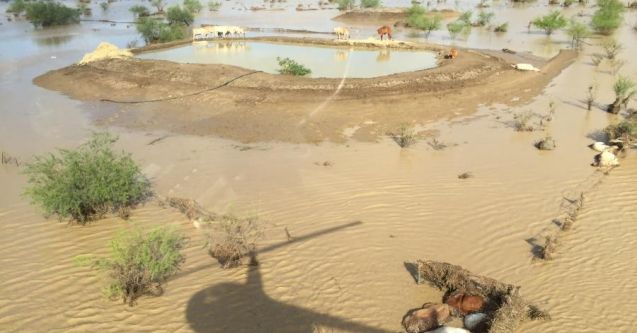 As the floodwaters in Far North Queensland slowly subside, The Salvation Army is making plans to support property owners for the long haul.

“The human element to this disaster is going to be quite devastating,”said Lieutenant Simon Steele, The Salvation Army Outback Flying Service chaplain, based at Mt Isa. “I’ve flown over hundreds and hundreds of kilometres of water, thousands of dead cattle. It’s devastating.”

After waiting for floodwaters to recede enough to make landing on properties safe, Lieut Simon and his wife Lieut Natalie said they would start to make pastoral care visits to affected properties.

Farmers are facing the heartbreaking job of taking photos of their dead cattle [in order to claim for assistance] and burying them. 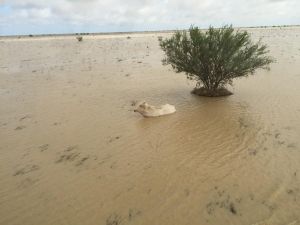 “For us as the Salvos [the most important thing to do] is to keep in contact with people because that is the most vital thing at the moment, just going out and sitting down with them, seeing how they are and telling them what’s available from the government [and other agencies] in terms of assistance,”said Lieut Simon. “Having someone by their side will make a lot of difference.”

The Steeles have been working and ministering in Queensland’s far north-west for more than a decade. They’ve seen floods before, but they said this one was the worst. They know from experience that their role in disaster recovery is most important in the weeks and months following. When other agencies and support services have gone home, that’s when the Salvos maintain a presence.

“This disaster will probably take many years for people and communities to get over,”said Lieut Simon. “We will continue to go out to properties to visit, taking out food and vegetables and a small treat that just makes their day a bit better. We’ll be there for the long haul.”

While many Salvationists and the Australian public are keen to assist, after seeing the devastating photos and footage on television of stock deaths and water stretching as far as the eye can see, the Steeles say the best thing for people to do is donate to The Salvation Army emergency appeal ... and pray.

Lieut Steele said there may also be a need for specialised workers to donate their time; people such as counsellors, carpenters and electricians.

The Steeles will travel interstate this week to attend a national meeting of Salvation Army rural chaplains and support workers in Dubbo, western NSW. While parts of Queensland have flooded, other parts of Australia remain in crippling drought.

“It will be really useful to share stories of how we support our people in the land,” Lieut Simon said of the meeting. “And to talk about how best to respond to these disasters.”

People can donate to The Salvation Army’s Emergency Appeal by calling 13 72 58 or visiting salvos.org.au/emergency